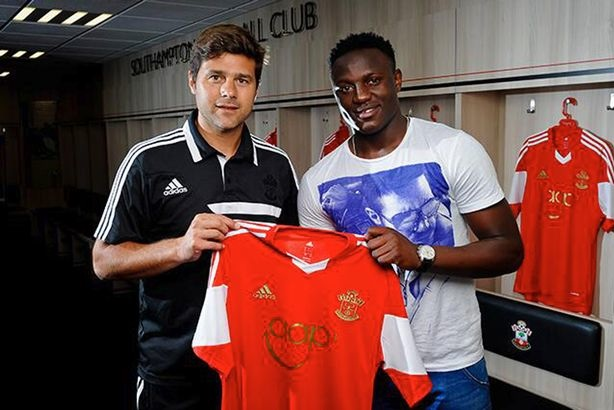 For what turned into Mauricio Pochettino’s Southampton the 2012/13 season could be considered a success as the Saints managed to avoid relegation upon their return to top flight football. However, after a net spend of over £30 million, headstrong chairman Nicola Cortese may have been slightly underwhelmed by the sides 14th place finish.

Now, as they embark on their second season back in the Premier League – Pochettino’s first full season as manager – you could forgive a sense of optimism amongst fans with impressive business done by the club as well as other top players being linked with moves to the side.

However, despite some impressive home wins in the Argentinian’s opening months as manager; the side still found themselves picking up just four wins with several losses to fellow relegation threatened sides. With a similar net spend to last summer already, Pochettino will know results may have to come quick to avoid a similar fate to predecessor Nigel Adkins.

Although his position is likely to have been strengthened by his show of support and loyalty to Cortese when he threatened to leave if the chairman had left the club.

In pre-season, the side have had a mixed bag of results with wins over Spanish lower league sides, which included an 8-0 thrashing of Palamos CF. An emphatic 3-1 win over Besiktas helped ease any disappointment over losses to German side Schalke and Spaniards Celta Vigo. The side wrap up their preparations by welcoming Champions League qualifiers Real Sociedad to St. Mary’s.

Amongst all this, the club have been able to secure the future of highly rated left-back Luke Shaw amidst interest from top Premier League sides. The lack of any high profile exits from the club suggests a strong belief in the project in progress at St. Mary’s and a squad unity that will be key for the side in this upcoming season. 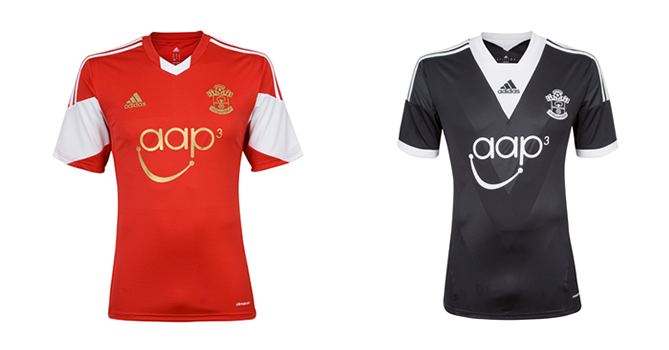 The Saints were quick to bring in a new recruit to the club with the signing of Croatian defender Dejan Lovren from Lyon for around £8.5 million in June. Lovren joins boasting 72 league appearances for the seven time French champions. The club will certainly hope he can make a better impression than centre half Vegard Forren who had arrived in January only to return to Norway recently after making no senior appearances for the club.

A further £12.5 million has been spent on the highly rated defensive midfielder Victor Wanyama from Scottish champions Celtic. The 22-year old had been courted by the likes of Liverpool and Manchester United and although he had rejected the Saints’ first advances in hope of a bigger move he did eventually agree to join the south coast club.

Both Lovren and Wanyama are impressive additions that will help reinforce a defence that shed 60 goals last season. The club has since turned their attentions to the signing of a new centre forward with the likes of Pablo Osvaldo and Leandro Damião previously linked with a move. Any new forward would have a hard job taking the place of long time Saints forward Rickie Lambert, whose 15 goals last term were a major factor in the club’s survival whilst Jay Rodriguez will also look to stake a claim to lead the line for Pochettino’s team.

The sides high pressing game worked wonders in achieving victories over the likes of Chelsea, Manchester City and Liverpool at St. Mary’s. The continued use of the 4-2-3-1 formation is likely with Wanyama joining alongside Frenchman Morgan Schneiderlin in the two holding roles in central midfield.

Other summer signing Lovren is also likely to slot straight into the side with Mauricio Pochettino speaking very highly of his new defensive acquisition: “I think his qualities will really suit the Premier League.” Pochettino will be hopeful the Croat will also strike up a good understanding with defenders Maya Yoshida, Luke Shaw and Nathaniel Clyne; all of which can be expected to be the first names on the team sheet in defence this upcoming season.

Whether Jay Rodriguez will continue in the wide role which brought some of the best form out of the young forward is yet to be seen with the forward given a number of starts in a central role in pre-season with three goals to show for it. Although, the arrival of a new striker would likely see him confined to a position out wide or operating behind the striker. Rodriguez, Ramirez and Lallana’s ability in all three attacking midfield roles will allow the three to interchange regularly giving the Saints a fluidity going forward.

Apart from up top, the squad appears to have a good level of squad depth. Jack Cork, Jason Puncheon and Steven Davis offer a decent level of Premier League experience having shown last year that they are more than capable of performing at the top level.

Pochettino will have to find a way to pick up more points on the road as well as eliminating losses to sides threatened by relegation if he is to see any improvement on last season’s finish. Whilst winger and club captain Adam Lallana will hope to have a bigger impact on the Saints season this time round.

After splashing a then club record £12 million on Uruguayan Gaston Ramirez last summer, expectations were sky high for the attacking midfielder that managed eight goals for a relegation threatened Bologna in the 2011/12 season in Serie A.

His debut season with the club could be viewed as underwhelming with only 20 league starts for the club but the upcoming season may prove to be anything but. With a season of Premier League football under his belt with the Saints, Ramirez can be expected to kick on, especially with the pressure now on other big money arrivals this time round. The acquisition of a centre forward of Damião or Osvaldo’s class could also be of help to the playmaker that managed only three assists last term.

The new central midfield combination of Morgan Schneiderlin and Victor Wanyama will prove pivotal for the side as they look to make an impact on the top half of the league. Last season, Schneiderlin was an ever present with 36 league starts; gaining many plaudits. Any doubts whether Wanyama would be ready to step up to the Premier League were relaxed with strong performances in the Champions league; most memorably against Barcelona.

The two could certainly go on to become one of the strongest central midfield combinations in the league with ability on the ball to match defensive tenacity.

Southampton will hope for a steadier start this time round. Opening to West Brom gives them the chance to do just that with the Baggies heading into the game on the back of a poor second half to last season. Home games to Sunderland, West Ham and new boys Crystal Palace also give Pochettino the chance to get points on the board early.

The club can and will expect an improvement on 14th place. With Swansea heading into Europe and West Brom yet to adequately replace Romelu Lukaku; Southampton look a decent bet to finish top of the ‘eighth and under league’. A realistic push for Europe may well come in the form of a domestic trophy.