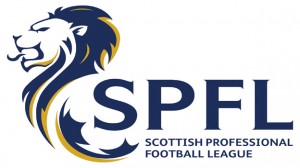 Well, it’s that time of year again. Pre-season is over, bar a few glamour friendlies, and fans of Scottish football are geared up for another campaign. On the eve of kick off in the Ramsdens Cup, here’s a look at what we can expect to see from the tumultuous, intense and passionate game in Scotland.

Well no prizes for guessing who this article reckons will win the newly re-branded Scottish Premiership. Whilst Celtic have recently sold Victor Wanyama and Gary Hooper, they are still by far and away the strongest side in this division and should emerge as comfortable victors. Whilst a transfer move for Artjom Rudnevs looks to have fallen through due to the demands of Hamburg, don’t rule out Celtic signing a big money striker yet. The name of Kevin Doyle seems to be circulating the usual transfer rumourmongers.

At the other end of the scale, relegation seems almost pre-determined too. Hearts remain in financial turmoil, having suffered administration with the future looking very bleak for the Tynecastle outfit. Three bidders remain in the running having all shown proof of funds, but it’s the negotiation with UBIG and Ukio Bankas that will determine the fate for this side. Either way, a 15-point deduction and the loss of several key players means they’re battling against the odds and will do well to stave off relegation this season.

For this seasons surprise package, Aberdonians could well end up enjoying a better season than recent ones. Having recruited a talented young manager in Derek McInnes who has already proven himself in the top flight in Scotland, they are a club looking forward for the first time in years. However, as ever for the Dons, handling supporters expectation will be important as they try to develop their young players.

One to watch: Aberdeen

Undoubtedly the most competitive league this season, it’s very hard to call who will emerge victorious in the second tier. Relegated Dundee will be looking to bounce straight back under the stewardship of John Brown, but they will face tough competition from Morton who only narrowly missed out to Partick Thistle last season. Falkirk will also be in the running for a promotion, however having lost star striker Lyle Taylor to Sheffield United for £220,000, they may have to strengthen up top to mount a serious challenge.

At the other end of the table, newly promoted Alloa will be among the favourites to go down, but Queen of the South could be in real trouble this season. Having lost manager Allan Johnston to Kilmarnock, and star striker Nicky Clark to Rangers, last seasons stand-out team in the third tier will struggle to make the huge step up in class required to compete in the Championship.

It’s hard to choose a surprise package from the Championship this season, but Cowdenbeath could be it. The Blue Brazil aren’t fancied by many, with plenty saying they’ll be lucky to escape the play-offs. However, only yesterday they pulled off the signing of ex-Rangers striker Kane Hemmings, who was in lethal form for them during his loan spell last season. He has talent and if he is able to re-produce this scoring form, Cowdenbeath could worry a few big teams this season.

Relegated: Queen of the South

One to watch: Cowdenbeath

Well, it’s another league that has been sown up before a ball is even kicked. Rangers have hugely improved their squad this season, with Bilel Mohsni becoming the eighth addition to the side only a few hours ago. Anything other than a romp to the title will not be acceptable for the Ibrox side, with supporters also expecting the Ramsdens Cup to be delivered to the trophy room this season. With some of the signings that have been made this season and given that Celtic have weakened, an Old Firm encounter in the cups could prove to be a real tussle. Rangers will be aiming to seriously challenge for the national cups this season.

Relegation candidates for this season come in the form of Stranraer and Dunfermline. Both sides desperately struggled last season, albeit Dunfermline were at a higher level. Contrasting fortunes for the two sides mean that whilst Stranraer have just managed to become debt-free once more, Dunfermline sit on a financial knife-edge. The club is still in the throes of administration and despite being led by the admirable Jim Jefferies, a decision on a CVA will only be made on July 30. The fans group Pars United are attempting to buy the club, but if they can’t get this finalised by July 30, a long season awaits for the Pars.

East Fife look set to be the ones to watch this season. Having been taken over in the summer by a local businessman determined to invest in the club and bring it up to the Championship alongside Rangers, they’ve landed some good signings so far. The likes of Nacho Novo are still being linked with the club and if they can pull off his signing, the season looks to be promising for the Fifers.

One to watch: East Fife

Due to the frustrating and tiring negotiations over the formation of the SPFL, the pyramid system has been delayed until the start of the 2014/15 season. This means that there are no relegation candidates for League Two.

However, Peterhead are a side who will be aiming for the title this season. The Balmoor side have managed to keep most of their side together from last season, including talisman Rory McAllister. With no Rangers in the league this season, Peterhead will be strong favourites for silverware come May.

The side to watch in League Two this season may end up being Queens Park. Whilst they have admittedly lost a few key players, they enjoyed a huge cash boost last season from the visits of Rangers to Hampden Park. Whilst the only amateur side in league football obviously won’t spend it on wages, they have an impressive youth system and expect it to come to the fore once again this season. Especially if it’s enjoyed fresh investment.

One to watch: Queens Park

Rangers, then now and forever.