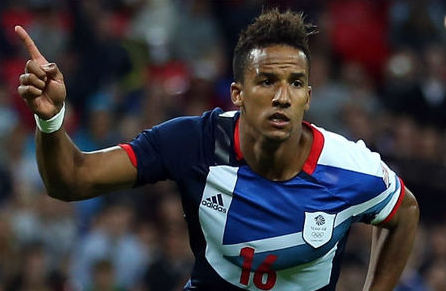 Ambition is definitely something to be admired in young footballers. However, the ambition demonstrated by Scott Sinclair in his move to Manchester City should be regarded with caution.

In the worst-case scenario, it could be highly detrimental to his career and his development as a Premier League footballer.

The warning signs are there for Sinclair in the shape of Adam Johnson, another highly talented English winger who recently made the move away from the Etihad Stadium to Sunderland for £10 million.

A product of Middlesbrough’s youth academy, Johnson was regarded as one of the hottest properties in English football, with some even regarding him more highly than his Riverside contemporary, Stewart Downing.

Johnson made the move to Manchester in February 2010 for an undisclosed fee, and then spent three seasons on the fringes of the City first team, impressing when given the chance on the field by unable to secure himself regular time on the pitch.

After a frustrating spell with the club, where he made 97 appearances in all competitions and scored 15 goals, Johnson has now returned to the north east with Sunderland, hoping to truly fulfil his early promise in the red and white of the Black Cats, and hold onto his place in the England squad.

Whether Johnson’s move to Manchester prevents his career developed as it had once promised, only time will tell. However, his example could be an object lesson for Sinclair, another young and exciting English winger who appears to have a bright future ahead of him.

Sinclair began his career as a trainee at Chelsea, but could not break into the Blues’ first team, as players of the calibre of Damien Duff, Jesper Gronjkaer and Arjen Robben stood in his way.

Several loan spells saw Sinclair play for clubs such as Crystal Palace and Birmingham City, before Chelsea chose not to renew his contract in 2010 and release him. From there, the then-21-year-old was forced to work his way up the English football pyramid with Swansea, who took him on a free transfer.

Great success has since followed for Sinclair, as he helped the Swans seal promotion from the Championship, culminating in a superb hat-trick in the play-off final victory over Reading at Wembley in 2011.

His and Swansea’s first season in the Premier League, with both the club and their star winger enjoyed a great deal of success, as the Swans finished 11th.
On a personal level, Sinclair played a key role in the Welsh side’s exciting brand of football, and he played in all 38 Premier League games for the club, scoring eight goals and providing numerous assists from the left wing.

His form took him to the Olympic Games during the summer, making four appearances for Stuart Pearce’s side and scoring one goal against the United Arab Emirates as Great Britain reached the quarter finals of the London tournament.

This summer, he refused to sign a new contract with the Swans, and was subject to a bid from the Premier League champions that was accepted on August 25th, and will now join up with his new team-mates.

However, this move could be a negative one for Sinclair. As of now, he is not quite the game-changing winger that can gain extensive first-team football in the City side. Perhaps in a few years, he could be an England regular and a world-class winger, but he is neither of those right now.

In David Silva, Sinclair has a potential mentor who happens to be one of the best in his position in the world. However, Sinclair will find himself below Silva in the pecking order, and as with Johnson, his career could suffer if he does not gain regular time on the pitch.

Currently, Scott Sinclair is a very exciting prospect who should go right to the top of English football, and be a key member of the national side. However, while he may learn a lot at Manchester City, it may be slightly too early for him to ply his trade with one of England’s top clubs.