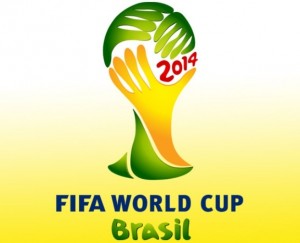 Sixteen years and counting. Heartache a feeling all too familiar to Scottish football fans; why can’t we qualify?

If we can’t do the talking on the pitch, maybe it should be done in our imagination. Yes, that’s what this barren run has driven us to. But just what would have happened if Scotland had made it to the 2014 World Cup?

Let’s assume we replace Croatia in the competition. A narrow play-off victory over the minnows of Iceland saw them drawn in Group A alongside the hosts, Brazil. Nightmare start. Mexico and Cameroon complete the line-up which cannot be counted as an easy one for our return to tournament football.

The opponents, though, are only half of the story. Weather will be just as stern a test for the Scots. Across Brazil the temperatures will eclipse anything scene at the same time of year in Scotland. And then some.

Heat aside, there is the humidity. To deal with such extremities of climate a training camp is the standard preparation. Presumably somewhere Iberian or the like would be chosen as the location (England in the Algarve is an example). Then, accompanied by supporter trepidation, would come the habitual warm-up friendlies.

Two or three random nations who had the misfortune of not qualifying for the tournament – we would know all about that – would be chosen as our opponents.

So after our almost meaningless formation-and-fitness-consolidating matches against Bermuda, Slovakia and Burundi (or someone equally obscure) comes the media hype. Now Scottish hype takes a slightly different form to many other nations. It’s not the question of whether we can win it; it’s whether we can reach the knockout stage for the first time at a major tournament.

Unlikely. That’s how it will be billed for the whole season until once we play the friendlies and we turn into world beaters.

Impossible to mess up. The new phase of “this is our year” fever begins. And, albeit, it would be more boring without the hope of success, but cautious hope would be sensible. After all, the opponents are no pushovers.

The opening match: Brazil vs. Scotland, 12th of June. An abundance of attacking and, to a lesser extent, defensive talent looking to deliver for 200 million expectant Brazilians will have a great deal of pressure on their shoulders. This, however, did not trouble them in the slightest at last year’s Confederations Cup and is unlikely to do so this time round.

Neymar, Silva, even a superhero’s namesake will definitely prove too strong, with the fans on their side, for the brave Scots. As much as it pains me, in reality they have simply too much quality to overcome. Hulk’s power just an example of the overwhelming quality of the Seleçao. So that is three points the Scots can eliminate from their possible tally.

On to the battle with the African warriors of Cameroon. The Lions could well prove a stern test for the Scots, as they are better adapted to the heavy heat of Brazil. Maybe they do not boast the most famous array of footballing talent, but what they lack in skill they make up for in spirit. Saying that, they do have big names. Eto’o and Song amongst many others (including Matip of Schalke).

One key factor could be their experience in major tournaments. The example of our recent friendly against Nigeria should give us heart though.

An unlucky 2-2 draw was the result in an enthralling encounter against the African champions. This would suggest they contain greater quality in their squad than Cameroon. Maybe the Scots do have a chance then. Considering the heat, a win seems fairly optimistic. A draw seems more likely.

So taking one point from two games into the crunch tie with Mexico, Scotland’s moral will definitely be at a low. Bear in mind the record of Mexico at major tournaments. They have reached the knockout stage at both the last two World Cup tournaments.

Obviously they have the advantage of exposure to hot weather over the Scots. On top of this is their quality, let’s not kid ourselves, they are a good side. Far better than their qualification campaign would suggest. Unfortunately it would appear a draw would be a positive result from our encounter with the Mexicans.

“Flight 234 to Glasgow is boarding now, please.” Oh well, home early once more. Not that we wouldn’t have taken it at the start of the competition. Scots would be happy simply to be at the tournament and, in all honesty, are at the stage where disappointment seems to hurt less.

Maybe our time will come soon. Results are rapidly improving, as are performances, under Gordon Strachan. The fact is we simply were not ready for a major tournament this year as a squad. If only it was the same as a nation.

So for just now a Scottish stint in the biggest competition in the world remains firmly inside our heads. Maybe, given how it went, that’s where it belongs. Hope exists that we may well be looking forward to a more successful era in the not too distant future.

With a bit of luck this vision should leap from the brain to the grassy pitches of Paris and Marseille. For now we can dare to dream.