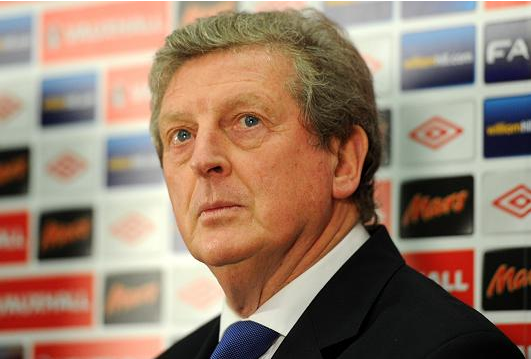 The English national side has long suffered from internal sabotage, namely in the form of the over zealous merchants of hyperbole in the national press. By appointing Roy Hodgson, and depriving Fleet Street their much craved coronation of King ‘Arry, the FA have sent a signal that they intend to do what is best for their national side in the long term, rather than provide yet another crowd pleasing short term solution.

The vigorous objection to the appointment in outlets such as The Daily Mail and The Daily Telegraph should serve only to confirm to the FA that they have made a wise decision, that could benefit England hugely in the next decade. The key now, however, is to continue this approach and ignore the knee jerk reactions of the press in the hope of implementing a long-term strategy for the national side.

While Redknapp would have been a popular choice with the press, he would have been the wrong man for the job. International managers need certain qualities more than others, central to this is a sound tactical approach to the game and the ability to create a well drilled, disciplined team with the resources available. Harry has never shown a particular taste for either of these in his career. He has created an image of himself as a man who loves the opportunities of the transfer market and who is somewhat indifferent to complex tactical approaches to games, eschewing it for an approach centered on strong man management. Neither of these traits, while useful at club level, is of great value in an international manager.

Hodgson, conversely, is a tactically astute manager who thrives when working with limited playing resources, a task he has often reveled in by leading his sides far above their station through a disciplined, intelligent tactical approach to the game. He began his career by taking Halmstad from supposed relegation certainties in the Swedish top flight to double title winners. He has recently solidified West Brom and Fulham as mid-table sides in the Premier League, while also taking Fulham to a Europa League final. While his time at Liverpool saw the club go backwards, and he cannot be blameless for that, subsequent events have suggested that Roy’s task at Anfield was a far more difficult one than first expected, as the club were suffering from problems bigger than their managerial appointments.

Hodgson is also a manager with an exemplary record in international competition. He took Switzerland from international obscurity to the second round of the ‘94 World Cup and then qualified for Euro ‘96, while also climbing as high as third in the FIFA World Rankings. Considering Switzerland had not qualified for a tournament since 1966 the consensus is that Hodgson’s work with Switzerland was a massive success.

He managed the UAE for a short period and found less success, however he was to prove his time with Switzerland was not a once off as he returned to international management with Finland in 2006.

His time at Finland was equally, if not more, impressive than his time at Switzerland. Hodgson’s Finland side came agonizingly close to qualifying for the nation’s first major tournament when they narrowly missed qualification for Euro 2008. Seeded fifth in their group and facing Portugal, Belgium, Serbia and Poland, most considered the task far beyond their capabilities. However, they only missed qualification on the final day as they drew their last game with Portugal, 0-0. Had they won they would have qualified. During Hodgson’s brief tenure, Finland rose from 67th to 36th in the FIFA rankings.

International football is about having a system that wins games, more so than club football. At club level, the players can become so familiar that a finely tuned relationship between them can often paper over the cracks in failing tactics and overall team discipline. That approach, usually, does not work in international football.  The system is of utmost importance, in particular when faced with an opponent of superior technical ability. Hodgson knows this well and he has a record of taking sides with no major stars and turning them into units greater than the sum of their parts. While it would be wrong to suggest England are a side with no star players or excellent individual talent it is worth noting that they are not a truly top class side and will always go to a tournament where there are superior opponents. They are, and have been for many years, a second tier international side that their press often, mistakenly, views as a truly top class outfit. A more honest assessment of their limitations and an overall approach to compensate for this could prove to be hugely beneficial.

Greece and Denmark have both won the European Championship in recent memory with squads of more “average” players than those they defeated. A common trait among over achieving sides at international level is a disciplined, tactical manager setting out a well drilled, organised side. With the addition of a handful of excellent players, as England have, this approach could lift them from their current position in world football to genuine contenders for the big prizes. Hodgson has the capabilities to achieve this approach and if he is allowed the time and space to work then he can transform England.

One other, major factor, which invariably hinders each England side at major tournaments, is the pressure the players feel they are under to perform. Sports psychologists point out that pressure is an entirely self-created element that exists solely in the mind of the competitor. At its root is the fear of failure and of the imagined consequences of losing. Players learn this pressure while playing for England at major tournaments and subsequently internalize its weight by experiences of failure. The painful memories of recent tournaments, and the ensuing media backlash and post tournament autopsy, are more likely to mentally scar players than to inspire them later.

With the frenzied hype surrounding every major tournament England compete in there is often little room for growth or long term planning. Failure is absolute in the eyes of the press and there is no time but now. This is a recipe for disaster and to repeat it ad nauseum is to venture into the realm of madness.

If Hodgson is to bring about a permanent change in the English attitude towards their national side then he should begin by discarding Euro 2012 as a competition England aims to win. Alternatively, he should take the chance to give England’s next generation of international footballers the opportunity to experience a major tournament, while limiting their exposure to the negative aspects of such a task by lowering expectations as much as possible. There is a possibility that a young side could go to Euro 2012 with their campaign framed as that of the underdogs, with any success seen as a moral victory and any failures as a learning curve. At the same time, there will be an opportunity for Hodgson to implement a new tactical system designed to level the odds against higher-class opponents. There may also be a chance to rid the squad of the entrenched culture of player power, which has been so problematic for recent managers.

Hodgson can achieve this by stating, clearly, that the summer is for learning and for beginning a long-term plan, aiming to win a tournament not in June 2012 but in 2016 or even later. Making this statement could be as simple as not selecting players who will not be realistic options for the World Cup in two years time. If John Terry is already showing signs that he is past his prime, while still being a good player, then there seems little reason to bring him to Poland/Ukraine. He may perform well for three or four games in June but the benefits to England, long term, will be negligible. The more progressive decision would be to give his spot to a player such as Chris Smalling or Phil Jones, players who will be around for the next ten years and who can take tangible benefits from the experience of playing. The Golden Generation, which the press once saw as destined for great things, is no longer available and those players who remain from that group are reaching the last few years of their careers. Euro 2012 is a chance to consign them, and their baggage of failure, to history.

In their place is an exciting group of young players such as Chris Smalling, Phil Jones, Danny Wellbeck, Jack Wilshere and Alex Oxlade Chamberlain, who should be reaching their peak years between 2014 and 2018. However, to send these young men to their first major tournament in 2014, amid the hail of expectation and public pressure that has become a staple characteristic of England at big tournaments, would be to merely subject another group of talented footballers to the harmful glare of massive expectation. It would likely be a direct re-run of World Cup 2006, with a similar outcome. Like the squads before them, they would return carrying the deep psychological scars of another failed tilt at greatness for which they were never fit or properly prepared. If their first taste of a major tournament can be with reduced expectations then their entire mindset in future tournaments will be incomparably healthier.

There would certainly be fierce opposition to this approach. However, those opponents will just want another attempt at a tried, and failed, system. If their approach is right now, then it will be right again in five or ten years. There can be no guarantees of success but if recent English performances at big tournaments tell us anything, it is that they need a significant change in approach.

In appointing Hodgson, the FA has gone against the tide of press pressure by choosing the best man for the job and foregoing the popular choice. If they, and Roy Hodgson, can continue that attitude and use the European Championships as the start of a long building process then this week could prove to be one of the biggest moments of change in the recent history of English football culture.

One thought on “Roy’s right for England”