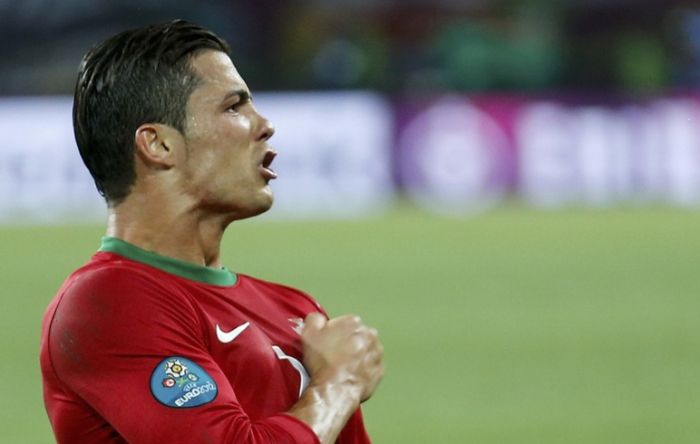 Portugal’s perennial underachiever finally made amends for years of paucity and pomposity with two sublime goals on Monday evening. Cristiano Ronaldo, whose sustained brilliance in domestic football has always belied his international failings, commanded his side to a 2-1 defeat of  the Netherlands, thus progressing to the quarter-final stages.

Ronaldo’s greatest contribution to Portugal had arguably hitherto been his theatrics which resulted in his then Manchester United team-mate Wayne Rooney receiving a red card in the quarter-final stages of the 2006 World Cup. The national captain has never shone in a team saturated with inferiors. This all changed on Monday night.

Like an esteemed maestro conducting an amateur orchestra, Ronaldo excelled – guiding those less gifted through a tricky, yet certainly not insurmountable, oranje task. Some unjustifiably labelled this Portugal squad “Ronaldo +10,” though it seemed correct at times.

Ronaldo’s unexpected genius was perhaps exaggerated considering his vast quantity of misses this competition. However, that would be underrating his miraculous achievements in Kharkiv under intense pressure.

Unfortunately, like nearly all great players, Ronaldo possesses an even greater ego. After a disastrous 2010 World Cup, the Real Madrid star publicly criticised his manager, rather than accepting undeniable blame. Scoring just once in the tournament, against North Korea (a game won by Portugal 7-0), he commented after a 1-0 defeat to Spain in the round of last-16: “How can I explain it [the defeat]? Ask that question of Carlos Queiroz.”

Widely vilified for his selfish behaviour and substandard performances, Ronaldo seemed impervious to criticism. He ordered replacement manager Paulo Bento to station him on the left side, rather than through the middle as Queiroz had done.

Despite this adjustment, performances continued to be poor, often looking uninterested and, as captain, hardly seeking solidarity in a fractured camp. Portugal had to progress through the play-offs after finishing behind Denmark in qualifying. Ronaldo did score against Bosnia-Herzegovina whilst winning the play-off, though that was against a team ranked 29 by Fifa (Portugal are 10).

Ronaldo’s woes persisted into this tournament, with criticism mounting. However, his goals on Monday were the antithesis to the selfishness with which he is characterised by. His first came after a penetrative run, latching onto Joao Pereira’s sumptuous through ball, touching it to his left and smashing it past Maarten Stekelenburg. His second came after an exerting, sixty yard run on the counter-attack, reaching Nani who passed cleverly. Ronaldo adroitly controlled the ball, and struck it into the corner. He also hit the post after a wonderful long-range shot, unfairly denying a hat-trick.

His tenacity to sprint and subsequently join his team-mates on the counter-attack for the winner contradicted his supposed egotistical play. Perhaps this is a changed Ronaldo, or maybe the previous judgements were misguided. Either way, with Europe’s most gifted player back in international form, and with a newly acquired psychological belief in productive team play rather than individual ostentation, Ronaldo may just be the man to orchestrate Portugal right to the final. And back home with the trophy.