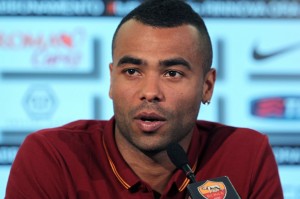 With the start of Serie A less than a week away, it’s time to weigh up  A.S. Roma’s title credentials. Having finished runners-up  last season (for the 12th time in their history) and qualifying for the Champions League for the first time since 2010/2011, many will feel that Roma have probably reached their peak in terms of what they can achieve.

However, if it hadn’t of been for a slight inferiority complex come the latter stage of the season (in which Roma seem to encapsulate) all too often then who knows, maybe they could have pipped Juventus to the Scudetto last season.

Rudi Garcia’s men made a scintillating start to the campaign last year by winning their first ten games, a run that was finally stopped with a one all draw away to Torino. Although that type of record will be difficult to replicate this season, they can certainly drive on from last season and turn the negative of missing out on the Serie A crown into a positive.

With the introduction of Ashley Cole into the squad, Garcia has not only added an excellent full back to his team but also a winner. Every dressing room in world football needs players who have ‘been there and done it’ in order to guide younger less experienced players towards finding a winning formula. Cole certainly has this.

During his career in England, he won everything possible. Three Premier League trophies, seven FA Cups, one Champions League and one Europa League winners medal. Cole, who has over one hundred caps for England, is a perfect example to younger players amongst Roma’s squad on how to master your position and essentially become a winner.

The Giallorossi have been busy this summer. It’s the first time in a number of seasons I can recall where outsiders are looking to this Roma squad and are genuinely impressed. With the exception of Medhi Benatia, who departed Rome for Munich this week, they haven’t lost anyone of real significance to their squad.

Instead, they’ve added quality. Juan Iturbe and Davide Astori are two key signings from Verona and Cagliari as well Kostas Manolas joining from Greek side Olympiacos. They’ve also added Seydou Keita and Salih Ucan to bolster the midfield and have managed to capture Radja Nainggolan on a permanent basis.

These signings added to the strong squad they already have at the Olympico make Roma a very tough opposition for anyone throughout Europe this season.

A lot has gone in Turin over the summer, from Antonio Conte’s resignation to the almost immediate appointment of Massimiliano Allegri, so it’s difficult to know the situation surrounding Juventus going into the new season. Juventus must try and adapt to Allegri’s playing style in a somewhat short space of time and also face the task of holding onto some of their key players.

Arturo Vidal and Paul Pogba have been linked with various clubs throughout the transfer window and it remains to be seen whether they’ll be representing the ‘Old Lady’ come next weekend. All of this uncertainty as well as balancing a European campaign can only benefit Roma, who will be looking to claim their first title since 2000/2001.

Roma’s bid to win their fourth Scudetto will commence this Saturday (August 30th) at home to Fiorentina. With both Milan sides looking weaker than they have in previous years and Juventus looking somewhat fragile, this could be the year Francesco Totti finally gets his hands back on the ‘holy grail’ of Italian football.

Freelance journalist living in Dublin. Contributor to newstalk.ie as well as other websites. Original member of 'The Final Third'. Big League of Ireland fan, Shelbourne home and away. As well as supporting Manchester City I have a keen interest in Roma and all things Italian. Feel free to contact me via Twitter or by email.