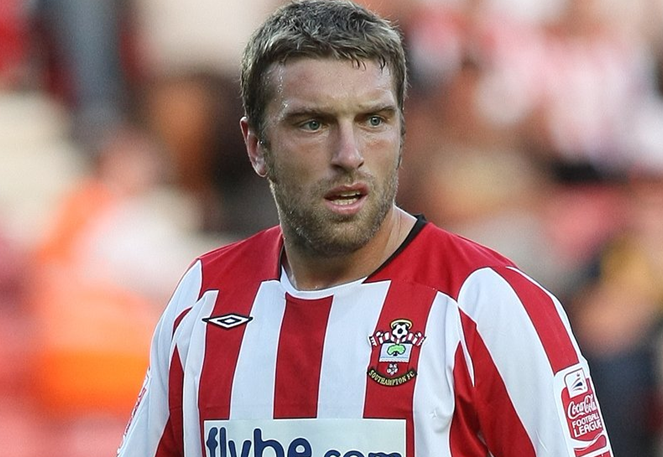 Like shoulder pads with huge hair and shell suits with moustaches, the general consensus is that Southampton’s Rickie Lambert is horribly old fashioned.

It’s usually the lazy opinion of ‘experts’ who haven’t seen more than a few snippets on The Football League Show, the same ‘experts’ who are quick to compare his style with that of Grant Holt, an easy comparison to make when you consider the pairs synchronized career paths.

Having played together at Rochdale in League Two they both left it late to reach the Premier League, enjoying similar journeys as they went through the divisions with a similar demeanour that oozes self assurance.

They both joined their respective clubs in League One, scored goals galore during back-to-back promotions and were both aged 30 when they made it to the top flight.

Both were signed by managers who soon departed their respected clubs, Alan Pardew and Bryan Gunn, and both are from the North of England, you could be forgiven for lazily tarring them with the same brush, yet their styles must not be confused.

There’s more to Rickie Lambert than meets the eye, he’s not simply the product of a Sam Allardyce dream or an Arsene Wenger nightmare, he’s a player with a good football understanding and a good first touch, not a head on a stick but a clever Football brain at the apex of a physique that is more honed than Macclesfield Town fans will remember

Lambert is adept at knitting attacks together with clever touches and excellent vision, he’s not limited to being an old Fashioned British Centre Forward, he doesn’t do exactly what it says on the tin, he’s better than that, whilst Lambert wont back down in physical combat he is more than comfortable coming short and getting involved in the linking up of attacks, he’s far more rounded than people give him credit for – And I’m not referring to his waistline.

Holt is more mobile and whilst he is something of a battering ram he also has more ability than many would care to notice.

Quicker than you would expect, when you see Grant Holt play in the flesh you can’t help but admire his relentless willingness to make clever runs into channels – he gave many defenders a torrid afternoon last term with play that wasn’t all arms and elbows, he’s different to Lambert, yet effective all the same.

Lambert could be a considered a victim of his size. Whilst his frame is undoubtedly a weapon that he isn’t afraid to use, it often distracts from his technical ability, the 6ft 2 Inch Striker can regularly be seen dropping deep from a Centre Half and slipping clever passes through to better placed team mates, he’s not all huff and puff.

True, you wont see Lambert running the channels too often, he’s a guy that likes to play within the width of the eighteen yard box, but supplement his quality with wide-men who can stretch the game and you have yourself a focal point of attack that will occupy defenders and assert authority, it will interesting to see how he performs at the highest level next year and how the likes of Kompany, Terry and Coloccini will deal with something of an unknown quantity.

His lack of pace is something that will always be used against him but in reality his game has never relied on bursting away from defenders, he is more accustomed to finding a yard and firing in his shot, we’ll see plenty of those next season as Southampton attempt to re-establish themselves as a Premier League Club.

It remains to be seen whether Lambert can carry his Football League exploits into the Premier League, but those expecting to see a one-dimensional ‘clogger’ will be left disappointed, Lambert will provide more than the physicality that has attracted the attention of commentators and pundits alike.

Saints begin their season with a daunting trip to Manchester City and their fans will be hoping their team can turn the clock back three decades to a time when they truly began to cement themselves as a top level club.

Whilst Premier League defenders may feel the need to wear shoulder pads to cope with Rickie Lambert’s physicality next season, it will be the attention they pay to the Liverpudlian’s brain that will ultimately decide whether his long awaited top flight adventure is a successful one or not.