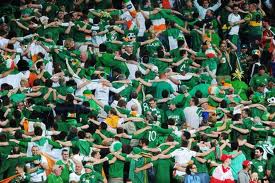 In the first edition of this three-part series, I outlined four players that should really start in Ireland’s World Cup qualifying campaign in the coming autumn. All of the previously mentioned players come from established Premier League teams in contrast to the players that featured in Poland at EURO2012. Ireland’s top goalscorer in Poland happened to be nPower Championship defender, Sean St.Ledger – that fact tells you all you need to know about what sort of squad we brought out to Europe’s most prestigious footballing event and indeed how well the competition went for us.

With the defensive and goalkeeping alternatives already covered, this time we’ll take a look at the Republic of Ireland’s midfield, and exactly what players should be in line for a starting role come September. 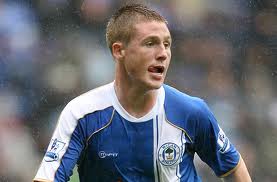 Unforeseen circumstances stopped James McCarthy from travelling with the Irish squad to EURO2012, however, he was never going to start a game at the Euro Championships anyway.
Trap’s loyalty to Whelan, Andrews and even Paul Green(!) meant he wasn’t going to shuffle things around centre-mid regardless of who he included in the squad.
McCarthy however, is a class above Andrews and Whelan and showed that in the Premier League this season with some fine performances.

Of course throwing him into the mix straight away wouldn’t have yielded any instant results, but with some proper preparation and international playing time under his belt – he could easily become Ireland’s leading centre-midfielder. 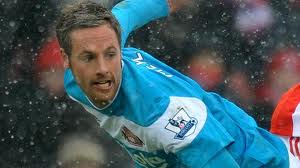 Sunderland midfielder David Meyler is a player that a lot of people won’t even know about. The truth is, when fit, Meyler is a very solid midfielder and as good as anything Ireland offers at the minute.
Injuries thwarted Meyler’s push for a starting role at Sunderland this season and with an array of midfielders including Larsson, Cattermole, Colback to name a few; it’s always going to hard to nail down a spot. With a bit of playing time, Meyler is another player that could easily push Whelan or Andrews out of the team. 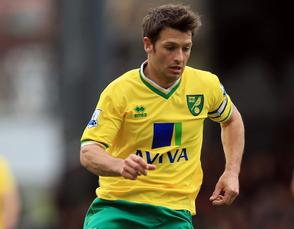 Norwich City were certainly one of the surprise packages of this seasons Premier League, and an Irishman was at the heart of their endeavours. Wes Hoolahan, once of Shelbourne, drove his team to three points in games, and put in a sterling performance away at Arsenal in their 3-3 draw to pick one standout 90 minutes.
Hoolahan would walk in the Ireland team, for me at least, and I don’t think I am alone in that claim. If we were to play him in ‘the hole’ just behind our two front men – who I will feature in the third part – Hoolahan could thrive. Against the likes of Austria, Kazakhstan and even Sweden – he could come in very useful. I’m not sure why he didn’t jet out to Poland & Ukraine, but despite his omission, Wes, in the last few days outlined his determination to play on the international scene before retirement.

Those three midfielders I have mentioned above could vastly improve our team. With McGeady/McClean on either wing, a midfield consisting of McCarthy and even Meyler would provide a reasonable threat both going forward and indeed helping out defensively. Of course a case could also be made for Hoolahan’s club mate Anthony Pilkington, but I don’t think he’s very far up the pecking order when it comes to Trap’s list of potential new call-ups.
Perhaps some people could even argue for Stephen Ireland to come back, but that looks even more unlikely with the Italian in charge.

While these inclusions might not happen under Giovani’s reign, our next manager might just decide to call up our better players for a change.
Either way, it goes to show that despite the doom and gloom around our future prospects – there are players ready to step up to the plate and grab that Green jersey.

In the next and final part of the series, I’ll examine some of our striking options, and indeed alternatives to the found out partnership of Robbie Keane & Kevin Doyle. Stay tuned.

This is the first part in a three-part series on Ireland’s World Cup 2014 Qualifying Squad Hopes by freelance football writer Kevin Doocey. You can check out his Newcastle United Blog and follow him on Twitter @KevinDoocey

One thought on “Republic of Ireland: It’s not all doom and gloom – Part 2”