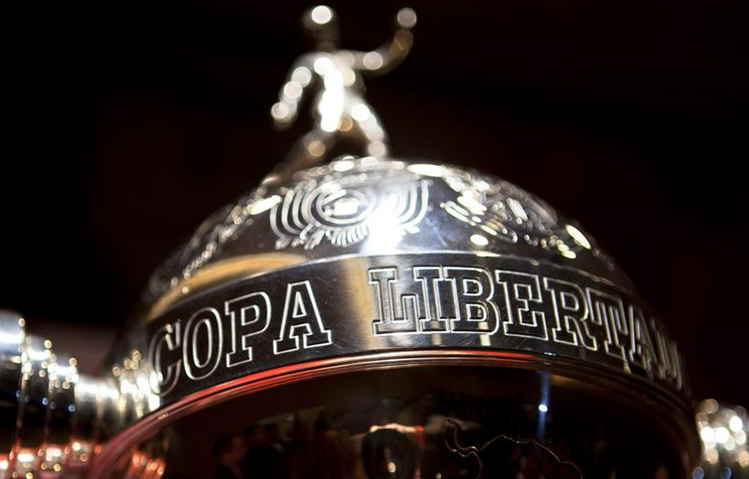 Jorge Sampaoli looked on, as the Universidad de Chile side he had built to being world renowned as flamboyant and free-flowing, desperately attempted to slice open the Boca Junior’s defence just as they had to teams all across the continent in the last year and a half, but this night they could not disintegrate the Argentine Apertura champions.

Sampaoli, a Bielsa disciple, had seen his La U side lose 2-0 at Boca’s famous ground La Bombonera a week previously and on this night of the 2nd leg, they had been fluid, they had utilized everything at their disposal but what they couldn’t do was score. The effective, efficient Riquelme-driven Boca had not disintegrated at the hands of dangerous attackers Junior Fernandes and Angelo Henriquez like so many had before them. The second leg ended 0-0 in Santiago, and the Argentine giants deservedly entered the final of the 2012 Copa Libertadores, with the knowledge of the identity of the Brazilians who awaited them.

The night before, in a bouncing Pacaembu, Corinthians’ São Paulo home, the home side were fresh from a 1st leg victory versus local rivals and Libertadores champions Santos. A competition rule dictates that in the case of two clubs of the same country being in the Libertadores semi-finals, they must meet each other, which was declared with a good concept in mind but in this case what it did was provide a mouth-watering semi-final. Corinthians, Brazilian champions, are an organized side who tend to be defensively-minded in large-scale encounters against teams the quality of Santos, who obviously could boast the attacking talents of Neymar and Ganso. The first leg was a tense affair, with the sides separated only by a phenomenal Emerson finish, which meant Corinthians took the advantage to their home ground. And it was in the Pacaembu that once more, attackling flair and positive play was eliminated by a rigid game plan and in particular the fantastic performances of Corinthians centre backs Chicão and Leandro Castan, and the double pivot of Ralf and Paulinho.

So, let’s talk about the basics here. The Copa Libertadores is two-legged, each side playing home and away. By the end of the 2nd leg, if the teams are tied on points and goal difference, the away goal does not apply, and there will be extra time before penalties. The first leg is at La Bombonera on the 27th June, two days away at the time of writing, and the 2nd leg in São Paulo is one week later.

Corinthians therefore have what is often known as an advantage for two-legged affairs, in that they play away first to Boca. A clear reason why this can be considered a slight advantage is their semi-final with Santos, where they won the first leg, and simply had to sit back and play on the break on the return leg. Boca away is very hard for any team, but Corinthians should be thrilled if they can avoid defeat to Juan Roman Riquelme’s side.

Most people would predict a non-aesthetically pleasing game, with neither side attempting to open the game up too much, which indeed is very likely. Boca’s 4-3-1-2 system makes them very difficult to break down while leaving them the ability to break very fast. The two men on the flanks of the midfield three are Ledesma and Erviti and their roles are hugely important. These two will make the runs key to Boca opening up Corinthians, as they often result in Riquelme finding space to find that perfect ball through to strikers Santiago Silva and Pablo Mouche.

Corinthians will be playing an internationally thriving 4-2-3-1, which was employed by the victors of all three of the largest European leagues. This system is very successful for many reasons, as you can leave a lot of attacking options on the field, while keeping a defensive double pivot. Any team that uses this formation has one player who plays a big part in the dictating of play while remaining deep in a ‘holding creator’ position. This is Yaya Toure for City, Xabi Alonso for Real Madrid or Bastian Schweinsteiger for Germany. For Corinthians, this is Paulinho, who as a result, should be Corinthians’ most important player over the two legs. Switching defence to attack, when Paulinho gets on the ball, the other players instantly respond and begin to move around him. His importance is shown further by the amount of important goals he has scored for Corinthians in the past year.

Another man who may be familiar to some who also is key to a Corinthians victory is creative midfielder Alex, not only for his passing range, pace and finishing ability, but also for his set-pieces. Alex is a typical dead ball specialist, both crossing and attempts on goal. The goal that fired Corinthians into the final was Danilo’s equaliser which was assisted by Alex and an inch perfect free kick. One problem Corinthians have encountered as a result of being quite defensive minded is that Alex has often faded from games, making them a lot less of a danger on the break. So once more, Paulinho is crucial to keeping Alex in the game.

In my opinion, the battle that will ultimately decide the first leg, is Boca’s strikeforce of Silva and Mouche, with Riquelme behind versus Corinthians’ centre halves Chicão and Leandro Castan with Ralf tracking Boca’s imperious number 10. It will be a fascinating encounter between two dominant forces in the Libertadores this season. Boca’s trio were devastating in the semi-final and indeed on the entire journey to this point, with Riquelme often picking out Mouche excellently, who could have scored about 10 goals in the semi’s with Uni. De Chile with a bit more finishing ability. Alternatively, Corinthians defensive juggernauts were outstanding versus Santos. The trio completely marshalled threats like Ganso and Neymar who were completely beaten towards the end of the 2nd leg. They force attackers to run out of ideas and disrupt any flow from the opposition.

As previously mentioned, it’s impossible to say which side will win this battle and the match as a whole. If I was to make a prediction, I’d have a 1-1 draw in La Bombonera and Corinthians winning 1-0 on home soil. Either way, major opportunities will be few and far between, with Boca probably controlling more possession while trying to break down Corinthians. There is certainly an argument that the two may cancel each other out, resulting in two drab, scoreless draws and a penalty shoot-out.

We are seeing the 31st appearance of an Argentine side in a Libertadores final coincidently coinciding with the 31st appearance of a Brazilian team in the final. The winner of this will indisputably be the greatest team on the continent, which unfortunately may give rise to less La U’s and Santos’, and more teams appearing in the Corinthians defensive model.

Needless to say, it is going to heart-pounding exciting anyway, it’s the Libertadores final for God’s sake. And to be honest, there is nowhere I’d rather be this Wednesday night, a can of Red Bull in hand, watching the fireworks go off inside La Bombonera.