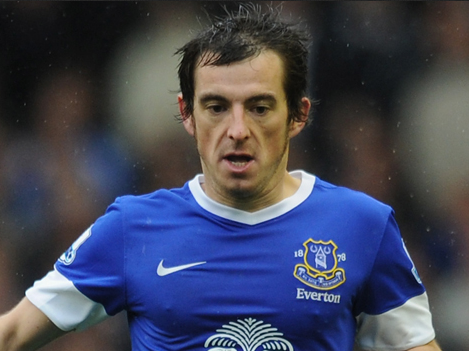 Josh Bland picks his stand out players from the Premier League so far.

A tough choice behind the increasingly impressive Artur Boruc of Southampton, but witnessing the Bosnian’s imperious performance against West Bromwich Albion first hand and the fact that he is currently Stoke’s joint top scorer (somewhat remarkably) at this point in the season means that Begovic gets the nod. Commanding, intelligent and a fantastic reflex goalkeeper, Begovic has been in fantastic form pretty much since breaking into the first team at the Britannia.

One of two Southampton players in the team, Nathaniel Clyne is starting to show his real Premier League credentials, and his potential to be a consistent England international. Speedy, hard working and effective supporting attacks, Clyne has really come into his own after a solid first season at St Mary’s. A key cog in a very impressive Southampton unit, perhaps some of the Premier League’s more established right backs like Kyle Walker and Branislav Ivanovic should be taking notes.

Perhaps a more controversial choice, however Winston Reid is a player I have long been an admirer of, and his start to the season has been eye-catching. Quick (or at least quick for a centre back) mobile and strong, Reid is a key part of West Ham’s stern defence. He also has the knack of popping up with key goals for his side, most notably this season in the Hammers spectacular 3-0 win at White Hart Lane this season.

The second of two Southampton defenders on the list and perhaps the shining star of one of the sternest defences in Europe (at this point in the season conceding only four goals). The Croatian has shown himself to be a solid and skilful defender, scoring a vital goal in Southampton’s impressive win at Anfield and proving a worthy adversary for any strike force he has come up against. He has thus far more than justified his hefty £8.5million transfer fee, and looks to be one of the signings of the season.

From the being the man with more loans to his name than Wonga.com, Townsend has come on leaps and bounds to become an established member of the Spurs first team. Building on an impressive season in an ultimately doomed QPR side last term, Townsend’s pace, skill and wicked delivery has seen him burst onto the scene on both a domestic and international level that would have been unforeseeable 12 months ago.

Undisputedly the best player in the Premier League this season so far. Ramsey has been nothing short of a revelation, and has been in the form of his life so far this term. Epitomising the resurgent Arsenal side of which he has been such a vital part, Ramsey’s industriousness, impressive goal tally and string of imperious performances has seen even £42million signing Mesut Ozil somewhat eclipsed. If Ramsey carries on the way he is going, expect him to be on the receiving end of quite a few accolades at the end of this season, both for his team, and personally.

Consistently one of the best players not only in the Premier League, but the world since his arrival, Toure’s behemoth presence in the centre of Manchester City’s midfield is one of startling nature. A player blessed with great strength, drive and passing range, Toure has been showing just what a class act he is so far this season and has scored a fair few eye-catching free kicks to boot.

Another more established Premier League player, despite his tender age, Oscar has been the standout figure amongst Chelsea’s wealth of attacking midfielders. A skilful player, whose vision and movement cause problems for opposition, Oscar seems to be filling the all-important boots that Juan Mata filled last season. One would expect him to go on to play a key role, not only for Chelsea, but also for Brazil at the World Cup.

One worried for Liverpool’s strike force at the start of the season without the effervescent Luis Suarez leading the line. However, Daniel Sturridge has more than stepped up, and we are finally seeing what he can really do. Joint top scorer in the league with eight goals, Sturridge is a player who can cause impact on big games, with his pace and finishing ability.

With eight goals and four assists already to his name his season (thus making him a God for fantasy football players nationwide), Aguero is doing everything to consolidate his position as arguably the most gifted forward in the Premier League. Quick, deceptively strong, very clever and technically brilliant, Aguero is the complete package. Aguero tearing apart Man United and Norwich City in Man City’s spectacular 4-1 and 7-0 wins respectively have got to be two of the performances of the season.

4 thoughts on “Premier League Team of the Season so far”