All still awake at the back? Good. With the first half of the Premier League’s teams reviewed yesterday it’s Manchester United to West Ham today and all the mixed fortunes in between. 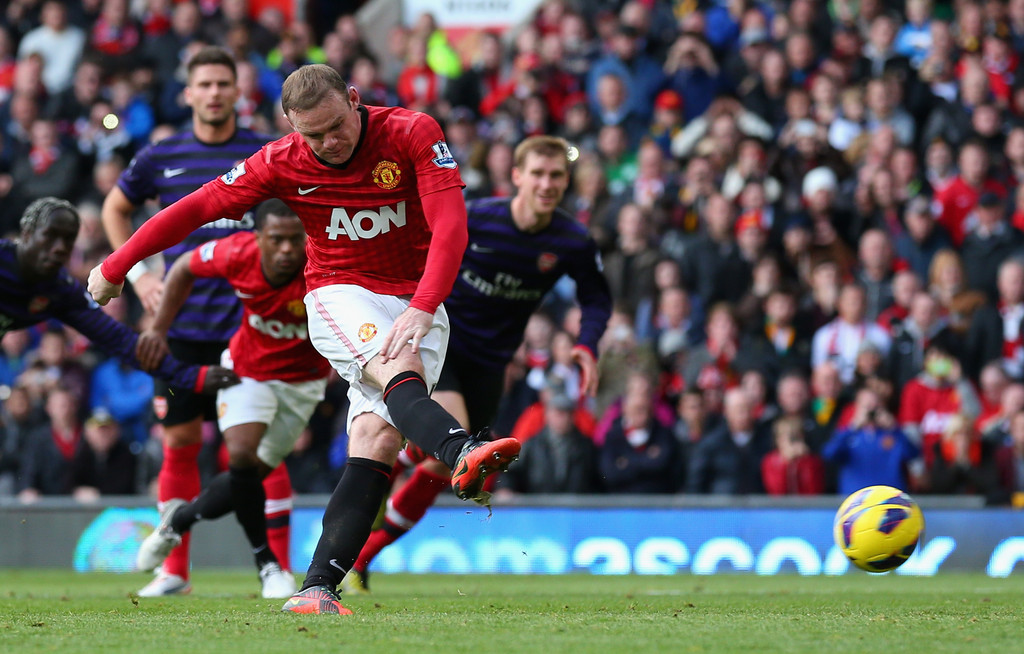 The truth, as always the case, is never simply black and white. It lies of course somewhere in the middle, and the same can be said somewhere in between the frothy mouthed clans of #MoyesOUT and #MoyesIN. The acceptance around Moyes’ debut season is that this is one of ‘transition’, understandable given the behemoth influence he is replacing. Yet this season so far has gone someway to dispel the mythos around Alex Ferguson – the team he bequeathed to his fellow Scotsman is in need of vast improvement having treaded water for the past seasons – it will be interesting to see whether the clubs ownership will be willing to bank-roll such improvements.

In truth any manager replacing Fergie would be in for a tough time, yet the summer transfer window debacle cast hard light on Moyes’ inexperience and the mistake to replace the Old Trafford back room staff wholesale. No panic as of yet, but this time next year the judgement will be much more acute.

Rating: C+ Keep calm, carry on, invest in the midfield.

Football is a tribal thing, that’s what creates the passion that makes it so seductive, we love to revel in our wins and the losses of our rivals – yet I defy anyone, supporting any club to wish Joe Kinnear on their rivals. There are few personalities in football that evoke such disdain and funnily enough Newcastle’s owner Mike Ashley seems to be mates with the others as well. So much delight was had when Kinnear protested that the squad was strong enough as a way of excusing a disastrous transfer window.

And most frustratingly he has been proved somewhat right – impressive wins away at Spurs and Man Utd illustrating the promise the first team has and Alan Pardew’s tactical nous – not this is the first mention of the manager who, while not the most likeable chap has handled the meddling of Kinnear well – I say ‘first team’ as the squad lacks significant depth which no doubt they will be looking to rectify. No doubt Joe’s on the phone to David Batty’s agent as we speak.

Rating: B+ Commendable performance in spite of boardroom meddling

As it stands Norwich look one of the favorites to be playing Championship football next season. They may be above the relegation zone yet one feels that is a result of other teams around them under performing rather than through their own volition. People will point to the respective spankings they took at the Etihad and Anfield as evidence of a paper-thin squad; but in fact it’s the results against their contemporaries that may do for them come May – so far they are treading water and it’s doubtful whether Chris Hughton has the managerial skills or spending money at his disposal to secure their status.

Rating: C- If they are to play Premier League next season this transfer window may well have to be an expensive one. 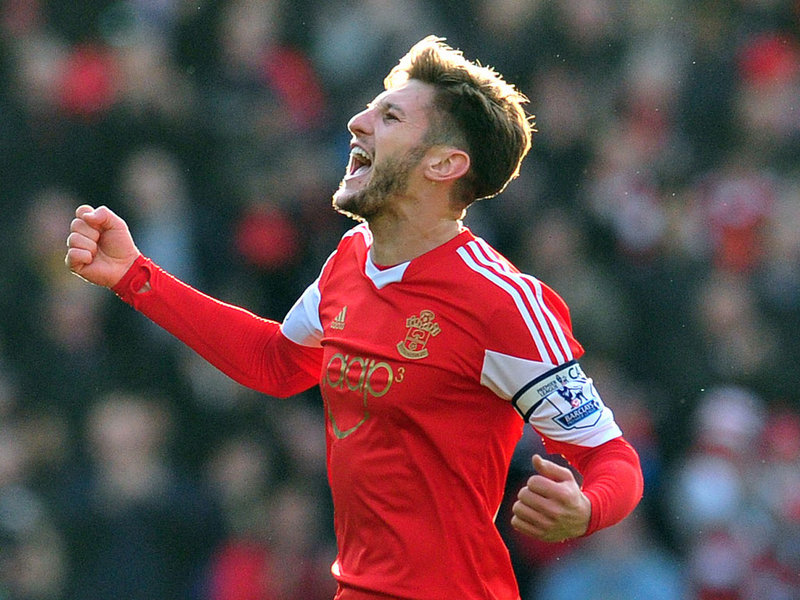 In the world of football hipsters like myself the landscape is constantly changing – your favourite false 9 can become a sell-out overnight or the club you love can be featured on ITV thus nixing its ‘before they were famous’ credentials. In Britain, given the levels of coverage, there is little for hipsters to sink their claws into. A few seasons back it was Swansea, and now at a stretch it is Southampton.

In truth you don’t have to be a football hipster to appreciate the job Mauricio Pochettino has done on the south coast – playing some of the best football in the league and getting results with it. One blot on the copy this season is the misfiring of record signing Dani Osvaldo. The performances of English trio of Lallana, Rodriguez and Luke Shaw have been a particular highlight.

Rating: B+ Steady improvement and a feast for the purists.

Such was Tony Pulis an influence at the Britannia Stadium – both positive and negative – that with half a season gone the long-ball aficionado still dominates a lot of the talk surrounding Stoke. In truth that may be a result of not much else going happening in he past few months, yet as many a relegated fan will tell you – sometimes quiet is good. Recent thrashings may spur the desire for January spending, a defender wouldn’t go amiss. One highpoint has been the form of Stephen Ireland who looks to be returning to something close to the form of five or six years ago.

The beauty of the league system is that by and large it is fair. The champions generally deserve to be top, and those unfortunates who get relegated are more often than not the worst three teams. You get what you deserve. So you’d be hard pressed to find much sympathy for the plight of Sunderland football club – they are reaping the seeds of destruction they sowed when they replaced Martin O’Neill with a famously temperamental manager with a questionable record.

What followed was one of the most predictable disasters in recent years. Sunderland finally saw the light and, in a bid to stop the rot, replaced Di Canio with a level-headed experienced manager. Except they didn’t – the definition of insanity is said to be doing the same thing over and over and expecting a different result.

Rating: E- A vastly overpaid squad trading on past glories. Most of whom will be looking for new employers or wage cuts come July.

The cycle of ‘hipsterdom’ goes thus: Obscurity – Hipster appreciation – Media attention – Mainstream appreciation – Forgotten. Swansea are entering the last phase of this cycle and no doubt a certain Michael Laudrup is delighted with this. Having been the fresh-faced Premier League poster boys for the past seasons ‘The Swans’ can now get down to the serious business of making a home in the top half of the table.

Things haven’t gone precisely to plan thus far – perhaps due in part to Thursday night excursions to Europe – .The misfiring record signing Wilfred Bony may convince Swansea’s management to – much like a faded rock star falling out of his private jet – go back to their roots of smart buying. 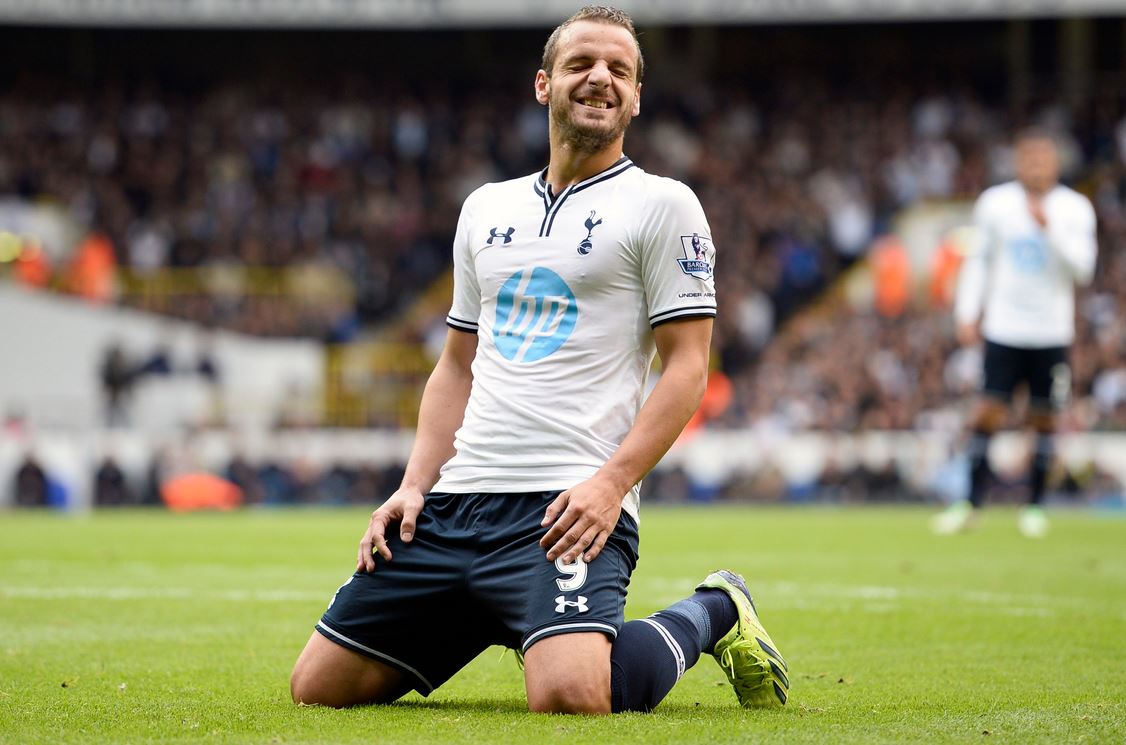 Daniel Levy, in his tenure as Spurs’ chairman he has overseen the sackings of seven managers – each of which he hired in the first place. The most recent sacking of AVB seemingly another decision born out of the chairman’s lack of patience. The loss of Gareth Bale in the summer who was such an integral part of their playing style was bound to have a huge affect on the team’s form, and the acquisition of so many players in an effort to build a ‘post-Bale’ squad was a project that deserved time.

Instead Tottenham’s season looks to be unravelling – Tim Sherwood is a good coach no doubt, but the club needs a manager, an alchemist to meld all the new elements together. No doubt Andre Villa Boas must be held to account of the teams poor start to the season, but the knee-jerk reaction from the chairman may have lasting negative effects that linger beyond this season.

Rating on the pitch: D+ Strangely disjointed given the quality of the squad, but given time can become top four contenders.
Off the pitch: D- Chairman’s hair-trigger policy towards management could result in long-term damage.

A quick look a West Brom’s result so far leaves one scratching their heads as to how they manager to be hanging over the relegation zone – they haven’t been that bad barring perhaps the losses on the bounce to Norwich and Cardiff respectively. They managed draws versus Arsenal and Chelsea, and most memorably a win at Old Trafford. But then you did deeper in and you see ‘The Baggies’ have by far and away the highest amount of draws of any club in the league.

They aren’t particularly disastrous with it – the clubs around them have vastly inferior goal differences – however all that is cold comfort when they are lingering so close to potential relegation. Sacking Steve Clarke seemed a strange decision given the lack of an immediate replacement, rectifying that along with defensive strengthening will be key issues in the coming weeks.

Rating: C- Certainly have enough about them not to be relegated. Need to learn how to win games against those around them.

Sam Allerdyce knows he is often derided as an overly pragmatic tactician, something he himself seems to revel in. However so far this season has seen his narrow-mindedness has led to West Ham’s disastrous performance. He often talks, with more than a hint of envy, about managers with far more finances at their disposal yet he can only blame himself for the predicament he has found himself in. Given his absence through injury relying solely on a ‘Plan A’ (a.k.a Andy Carroll) has left ‘The Hammers’ woefully understrength in attack, while at the back some of the defending has bordered on comedic. The manager has spoken of needing to acquire players ready to “hit the ground running” in the January transfer window – though such players are as rare as they come.

Rating: D- Whether Andy Carroll kicks a ball this season will be a huge factor, his return coupled by defensive strengthening should be enough…just.