Ireland’s current number one, Randolph has identified himself as a reliable gatekeeper for O’Neill’s charges and it is, at the moment, hard to see him not jetting off to France – if not with the number one jersey on his back, but in a backup capacity. But right now he’s the cemented starting ‘keeper.

His Newcastle side may not be doing well, but Greenwich-born Elliot is likely to end the season as the most active of Ireland’s goalkeepers. That’s because his colleague Tim Krul is out for the season and it’d be hard to look beyond Ireland’s only starting goalkeeper. 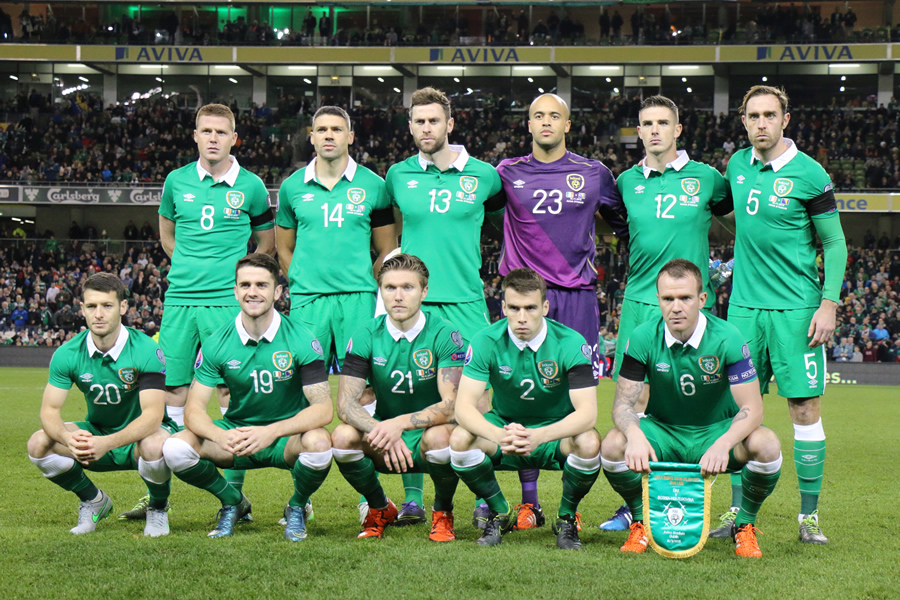 The excuse that Given is pushing on now, approaching 40, is reasonable – but the same could be said for his adversary at the #3 goalkeeper slot isn’t getting any younger either. Given’s been there done and that at tournament level and his experience will be impossible not to take, to David Forde’s disappointment.

One of the best full backs in the Premier League will be on the flight. Remember he was omitted from the Euro 2012 side, so this will be his first international tournament.

The Derby County right back played himself into Irish hearts with a string of impressive displays in place of the injured Coleman, including grabbing a fine goal against Gibraltar in qualifying. He then excelled in the never-to-be-forgotten win over Germany. Unlikely to usurp Coleman, Christie is a fine option if needs be.

Still the first choice centre back and now Ireland’s most experienced starter, the Sunderland captain will likely lead his nation out in France. By then he’ll be 35 and most likely be playing some of his last games in an Irish shirt, but you can deny he still has a huge role to play next summer.

Another Derby defender in the squad, Keogh has performed admirably when called upon and provides a fine physical presence at the back four. He’s unlikely to be starter.

Shea’s partner at the back? Clark is one of few playing regularly in the Premier League, although his Villa are struggling, but on Irish form he’s a consistent performer and good enough to start at centre back next summer. At 27, still an underrated member of O’Neill’s squad – but it’s time for Clark to make the step up and become a leader at the back.

The Stoke defender has become a consistent performer in an Irish shirt and his versatility may come in handy in France. Not a starter if everyone his fit, but a key squad member that barring injury will most certainly be on the plane.

He may not be playing much club football at the minute and come the end of the season that may be a huge negative on his selection, but he’s Ireland’s only real out-and-out left back and unless the management decide to deploy Robbie Brady there, Ward will more than likely be on the plane. He needs to go out on loan in January and find playing time somewhere to boost his chance – and match fitness.

The perennial disappointer, McGeady is still nonetheless Ireland’s most gifted player with the ball at his feet and a potential game-changer if the stars align. This is more than enough to get him on the plane over, even despite his poor club form. Another who could possible do with a loan move in January.

The midfield general who is bossing midfields at Everton and now coming into his own in an Irish shirt. He may have the toughest and most important job in the team next summer, considering the quality of midfield opposition he could be facing.

Say what you like about him, Whelan bleeds green and will be on the plane to France – he may not start every game, you can be sure he’ll be seen at some stage when the going gets tough. He’s far from spectacular, but has there been a more determined performer in the Trapattoni and O’Neill eras? 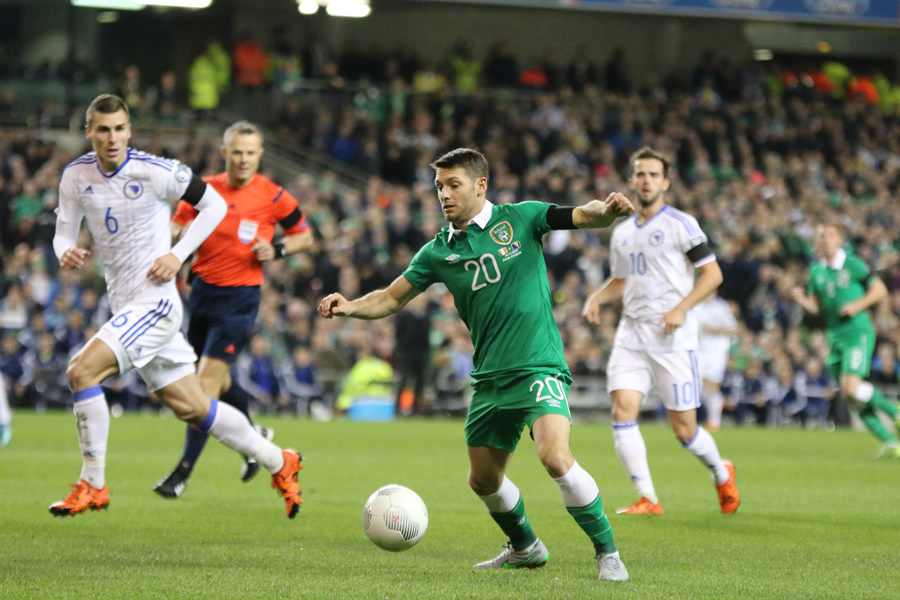 Wes finally gets his chance. Omitted from the Euro 2012 squad – thanks Trap! – Wes has established himself as a key player under Martin, and a consistent performer for Norwich. He’ll be in France strutting his stuff, the Pep’s Barcelona to the Pulis’ Stoke that is happening around him.

The Dubliner has established himself in the Irish setup and could potentially start in France. He’s still only 23, starts every game for his club – Derby, Ireland’s feeder team – and is a determined, energetic leader around the middle of the park.

Brady is Ireland’s jack of all trades at set pieces but fans will be praying he can do more with his free kicks in France. His goal in the Bosnian fog was massive – he’ll be on the plane and starting in the team, but in an attacking or defensive position remains to be seen. He may need full back form at club-level if he’s to be confidently used there.

Our only real outsider of the squad, but O’Kane is one of few playing regularly in the Premier League and this will stand to him come next summer when the squad is being picked. He’s yet to make his debut but if given the chance in friendlies, the Derry man could sneak into the squad. Darron Gibson, however, may have something to say about that.

The Corkman shows much of his Cork coach’s steeliness, but lacks some of the guile and quality. Meyler is another versatile player and will be an adequate squad player, and a decent option to call upon if there’s a few fancy dans who need kicking.

Injury has curtailed his start to Premier League action at Bournemouth, and not much is known of Arter from an Irish perspective, but Arter was sublime in The Cherries promotion season and he seems to be liked by Martin and Roy. He could be the dark horse in the squad, friendlies could be his friend closer to summer 2016.

The Ipswich striker is enjoying a renaissance late on in his career and this could be capped with a call up to the Euro 2016 squad. He did well in the final sprint of qualifying games and provides a good outlet alongside Walters and Long. He’s yet to score in an Irish shirt but if we’re to judge our strikers on scoring, we’ll be taking none of them.

Not only will Walters be in France, he’s building the plane himself and throwing it from Dublin Airport.

Our own top flight striker, Long has had a strange Ireland career – sometimes seeing himself in an out of the starting line-up, playing second fiddle to others in the squad. But on his day he’s our most talented striker, and his mobility and power combined with his ability on the ball makes him our most dangerous forward considering the way we play.

He’ll be on the plane, because Robbie Keane says so. He’ll be 36 next summer but is still playing to a relatively good level in MLS. He’s accepted the fact he’s no longer a starter at this level but if it comes to crunch time in Euro 2016, is there a better player to call upon? Think of an extra-time, penalties situation. Additionally, he’s the true leader in camp and brings trucks loads of experience everyone else will feed off.