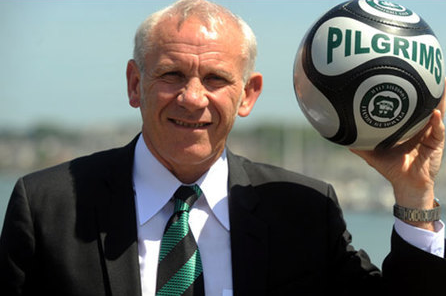 Reid, who like his players, had barely been paid since December, was yesterday sacked as manager of The Pilgrims.

Further proof if it was needed, that there is no room for sentiment in football.

The reality is however that Argyle, who are currently in administration, have just one point from their opening nine games and are currently bottom of League 2.

Peter joined Argyle as manager at the beginning of the 2010-11 season and inherited an unsuitable wage bill and a club that with the benefit of hindsight was in financial meltdown.

During the last 15 months Peter has been the ultimate professional and has gone about his duties without complaining and has had to cope with more in a short period of time than most managers have to put up with in a whole career.

Ultimately however, whatever the challenges, football is a results business and, today Argyle sit bottom of the Football League with only one point out of 27.

It is crucial that we give ourselves time to attempt to preserve Football League status and therefore it is felt that a change of manager now is the only option.

Perhaps the harshest thing from Reid’s point of view is that had it not been for the 10-point deduction after the club went into administration, he would have kept Plymouth in League 1.

As it is, amongst a climate of uncertainty, he couldn’t pick up results on the field and has paid the price.

Argyle went into administration in March and the situation had got so bad that the club’s players had threatened to go on strike last month after their wages were deferred again, the walk out eventually being averted after they were paid 40 per cent of their September salary.

As a result, as abrupt and heartless as Reid’s dismissal may seem, it is not the club’s next manager that will be concerning the Home Park faithful most, it is when a new owner will take over The Pilgrims.

It seems hotelier James Brent is moving closer to completing a takeover of the club after he released a statement a couple of days before Reid’s departure that there appeared to be no obstacles between him becoming the club’s new owner.

The Akkeron Group chief’s bid is the preffered one amongst players and fans with a rival bid on the table from Bishop International looking less and less likely to come to fruition.

Gibraltar-based property firm Bishop International would buy Home Park for around £6 million with Risdale buying the club for as little as £1, something that, given the former Leeds chariman’s history, has made fans of the Green Army uneasy.

So those Pilgrims baffled by the move to remove the noble Reid from the Home Park hotseat will be hoping Devon-based Brent can seal his takeover sooner rather than later.