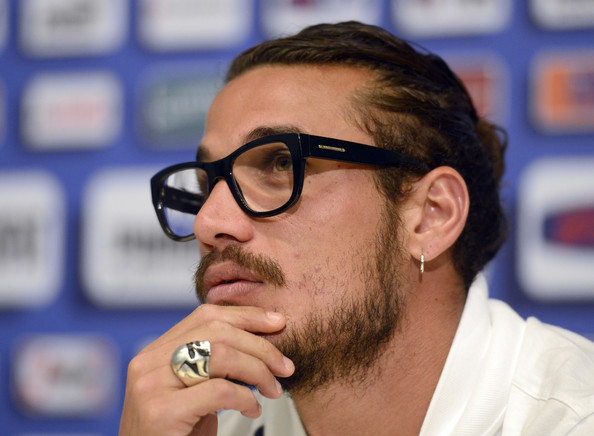 After compiling a list of the best signings of the summer so far, at ten games in and with an upcoming international break I felt it would be good to look at five big signings that so far have simply not lived up to either their price tag or their reputation.

Spending around £8million pound on a striker with only one season of top flight football to his name is always a risk. It seems that so far, Cardiff City’s investment on Danish prospect Andreas Cornelius hasn’t paid off. Of course, it does seem a little harsh to include Cornelius on the list  seeing as he has only managed to play one game for the “Bluebirds” (or “Redbirds?!”) this season because of injury- but perhaps that is exactly the point.

Cardiff paid big money for Cornelius, and have clearly seen enough in him to feel that he could play a big part for them this season. With the only other feasible options in attack for Cardiff are Peter Odemwingie and Frazier Campbell (both perhaps not the kind of player that fits into a 4-5-1 system that Malkay Mackay has played all three times I have watched Cardiff system) the Welsh club need Cornelius back in the fold.

Cardiff fans will be praying that Cornelius can somewhat replicate the goalscoring form in his debut season in Denmark (scoring an impressive 18 goals in 34 appearances). But paying £8million on a player with only one season in the Danish top flight? Always a risk.

I was one of many people that upon the announcement of Osvaldo’s big money move to Southampton was excited at the prospect of seeing him in the Premier League. A player that I have been following for a number of years now, Osvaldo has consistently found the net in both La Liga and Serie A (often in spectacular style) so naturally I, like many, was expecting big things from him when he came over to the Premier League.

However, thus far it was been non forthcoming. Whilst we have seen flashes of skill from the Argentine born Italian international- one goal in seven games (at the time of writing) is not the most flattering of records. I still believe Osvaldo to be a fantastic player, one only needs to look at a highlight reel from his time at Roma to see the kind of thing he is capable of, but it seems that Osvaldo just hasn’t settled yet.

Iago Aspas had a stellar campaign in La Liga last season, putting in some good performaces- yet with only 12 goals to his name (in fairness in a relatively poor Celta Vigo side) he never really seemed to be the answer to Liverpool’s lack of strikers at the season’s beginning. As it’s turned out, due to the electrifying form of both Sturridge and the returning Luis Suarez at the start of the season, Aspas has been completely sidelined (not helped by a pesky niggling injury picked up in October).

It already looks a bit of a wasted investment for Liverpool, and Aspas’s future seems to be away from Anfield having been at his new club for only a matter of months. Six games, no goals is not the kind of record that means that he will be able to break apart the SAS partnership anytime soon.

The statistics show that Swansea score double the amount of goals when Bony is on the pitch when he is off it. His statistics at Vitesse last season were somewhat scary, scoring 31 goals in 30 games. Yet besides a bit of a beastly performances at the Mestalla earlier in the season, I am yet to see the hype about Bony beyond the statistics.

Whilst he could be described as a big, physical presence, he comes across as slow and lumbering whenever I have seen him play (four times this season so far) and he seems to miss quite a few big chances. Maybe I am wrong about the 24 year old Ivorian, but I have seen little to justify the £12million price tag. Perhaps Bony will come good later in the season and start banging in the goals on a more consistent level (having managed only two league goals so far), and perhaps I am being harsh. But then again perhaps Bony will be found out as a player that has little more to offer than the occasional goal and the ability to hold the ball up, at Premier League level at least.

When news broke through to me that Albion had signed up 34 year old Nicholas Anelka, my reaction was not excitement and awe like many of my fellow Baggies fans. My initial reaction was actually one of disappointment. Nicholas Anelka is not a player that I have ever been a fan of, and despite relatively productive spells at some of Europe’s biggest clubs (and Bolton) he is a player that I have always felt to be overrated.

Having started six games in the league, Anelka has failed to make an impact or the net, with particular lowlights being missing two glorious opportunities against his former club Arsenal, one of the worst single performances that I have seen at Craven Cottage and mixed in with all of that- a retirement scare (that I appreciate was out of Anelka’s hands). Lethargic on the ball, often hesitant and with a knack of missing big chances, Anelka’s age and lack of Premier League football over the past two years is evident.

Having missed Albion’s last couple of games, and due to miss Albion’s upcoming trip to Chelsea through illness (again at the time of writing) he has been no major miss to Steve Clarke’s side. I, like many other Albion supporters, will be hoping that Clarke’s seemingly pig-headed insistence on playing Anelka will wane when he returns to full training or preferably, Nicholas Anelka finally shows why he is a player that has managed to consistently play for some of the best club sides in the world.

Do you agree? Who have I missed? Let me know in the comments below!

3 thoughts on “Pick of the worst: Five of the most disappointing signings of the summer”