A group of Manchester United fans have pooled their money together to pay for a Cristiano Ronaldo banner and a plane to fly it over Real Madrid’s game with Valencia.

The banner, which reads “COME HOME RONALDO – UNITED REEL” cost £3000 and has been commissioned by fans from Lebanon, Egypt and the UAE who are behind a campaign called #bringronaldohome. 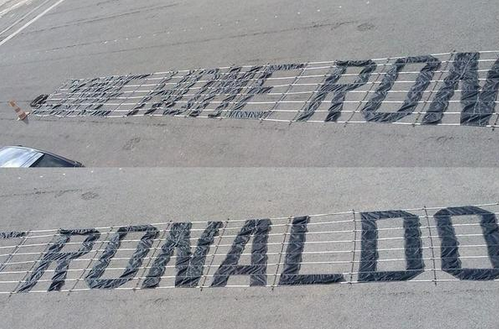 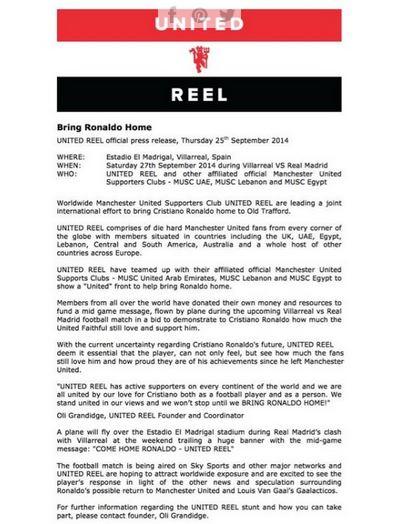 One thought on “Pic: Manchester United fans to fly a banner for Cristiano Ronaldo over Real Madrid’s game this weekend”