David Beckham announced yesterday that he will head up the Miami franchise as it looks to enter Major League Soccer in the not too distant future.

Today, the former Real Madrid, Manchester United and England star posted the below ad in the Miami Herald; a nice message to the team’s prospective supporters. 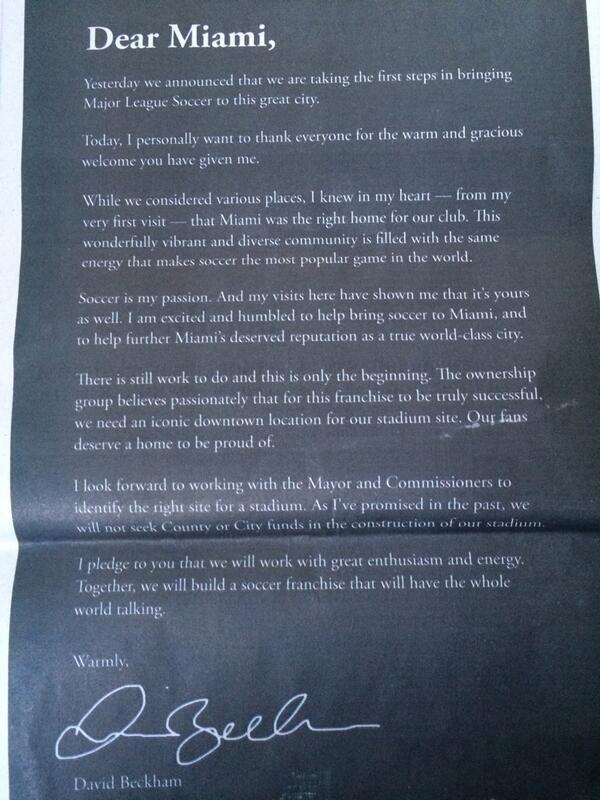