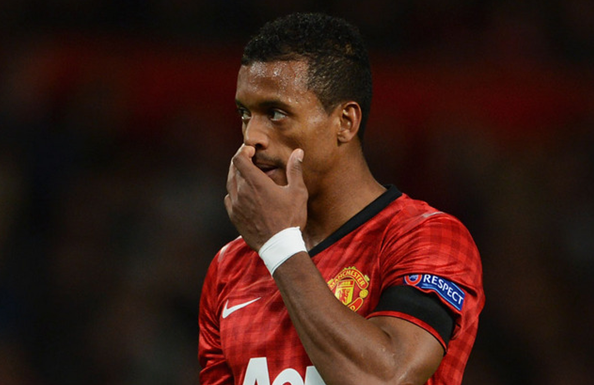 Bought for their raw promise in 2007, both Nani and Anderson’s lack of consistency and progress is very frustrating considering the patience placed onto them by Sir Alex Ferguson. Both players, now in their sixth season at Old Trafford, have failed to establish themselves in the first team despite their positions being the notable weak areas for Manchester United.

It is palpable that United still remain over-reliant on veterans Paul Scholes and Ryan Giggs, who can be left passengers in some high-octane matches. Whilst this can be seen as uncharacteristically nostalgic by Ferguson, it is easy to sympathise with the Scot when their ideal replacements remain disappointingly inconsistent. Giggs, for example, has played superbly in the FA Cup matches against West Ham United and Fulham. In the long term, though, it is worrying that they are over-shadowing players, such as Nani, who were bought to succeed them.

The January signing of Wilfred Zaha, suggests that Nani’s days at Old Trafford will be over once the transfer is finalised in the summer. Nani is left in an unusual position where it seems that his departure will be inevitable rather than salvageable, but it would be not unreasonable to suggest that Nani is playing for his United future. His performance against Fulham in the FA Cup, continually failing to beat the first man with a cross, epitomised one of someone already wondering who his next employers may be.

Nani has had a rollercoaster career in Manchester. His self-confidence, symbolised by long-range goals followed by acrobatic celebration, fitted well in an energetic, youthful team that won the Champions’ League in 2008. Both he and Anderson fired crucial penalties in the shootout against Chelsea to conclude a promising first season.

In terms of flair and trickery, Nani was the most obvious heir to Cristiano Ronaldo but it was he who seemed most affected by Ronaldo’s departure in 2009. In the following season, Nani became a forgotten man and hardly featured until the latter stages of the campaign. However, he returned in style in the title winning 2011 year, where Nani rightly won Player of the Year. He scored fabulous goals and provided key assists also.

The impact Nani had had on his team, and his burgeoning reputation, suggested that Nani had made it as a key first team player. But, last season Nani struggled and this year he is playing, when picked, as if he feels that he United career is over. Sent abroad to relax in the sun, whilst recuperating from injury, Nani has not returned with relish. He is a frustrating figure, whose poor decision making irritates players and fans alike. His shooting, once powerful and accurate, is now wayward and he fails to track back. Most notably, for someone Ferguson has stayed patient with, he seems to have finally lost his manager’s trust. The signing of Zaha, an unpolished young athletic winger, seems like a ready-made replacement for the Portuguese attacker.

As Nani has gone nowhere in January, Ferguson will still hope to utilise him in the second half of the season. Surely Nani can influence his future by improving his performances. Crucially he is in a position where the other players in that position also disappoint. Ashley Young seems too light and never holds down a place in the team due to a poor injury record. Neither Danny Welbeck nor Shinji Kagawa look comfortable on the wing, whilst Antonio Valencia has digressed seriously. A more popular figure with the fans, helped by a simple style of beating an opponent and crossing accurately, whilst also being athletic, Valencia has massively underperformed this season. Valencia rarely takes-on a player and refuses to use his left-foot. Nani is not going to be forced out of the squad due to tough competition.

Another problem that has not been solved is the centre of midfield. Michael Carrick, now in his seventh season, has had his best but there is never a reliable partner for him. Tom Cleverley is certainly improving but cannot be named a regular just yet. Paul Scholes’ best years are behind him, whilst Kagawa has merely glimmered with promise so far. Bizarrely, Ferguson did not feel that Paul Pogba was worth hanging-on to. His glorious goals against Udinese capping an impressive first six months for Juventus, suggest that this could be a significant loss from a midfield so lacking of dynamism.

The stage should be set for Anderson yet the Brazilian continues to fail to take his opportunities. Like Nani, his first season was a huge success, with memorable swashbuckling performances against Arsenal and Liverpool instantly making him a cult hero. By now, he should be dominating the midfield but, as he showed against Southampton, this is far from reality.

Anderson’s tackling is non-existent and his shooting is simply dreadful. His long-passing is excellent yet he often gives the ball away. His original key attribute, lung-bursting runs, rarely occurs. Ultimately, Anderson is lazy. United are at their best when they are energetic and hard-working, swarming opponents whilst attacking with pace. Anderson fails to track back his marked man whilst he is too isolated from his attackers.

Most damning for Anderson’s work rate is his failure to complete matches. On Southampton, he was substituted and he rarely plays ninety minutes, whilst Giggs, a year off forty, does. At their ages, 24 and 26 respectively, Anderson and Nani should be beyond ‘promising’ and should be approaching their full potential, yet they continue to disappoint and their days look numbered.

Ferguson shows tremendous patience for most of his players, which is admirable in an era where short-term chopping and changing is common. He often is rewarded by this, a most recent example being the superb form of Rafael da Silva, arguably the best-right back in England this season. However, patience with Nani and Anderson must be running thin. Both have showed their potential on plenty of occasions but in six years, potential is not good enough now. These next six months are crucial to their United careers, and if they fail once more, there should be no more chances.