May 1968. France is in chaos as students protest and workers strike. Street battles are being fought between the police and the protestors. Charles de Gaulle’s government teeters on the brink of collapse.

The heart of the protest was the capital, Paris, the famously unruly city which had forged the French revolution and later brought down two other monarchs in 1830 and 1848, now rising in all of its glorious fury for the first time since the Paris Commune of 1871, with barricades, that most potent of revolutionary symbols, once again being raised in the capital.

In the early summer of 1968 Paris found itself as a city without order, returning to its famous revolutionary tradition. 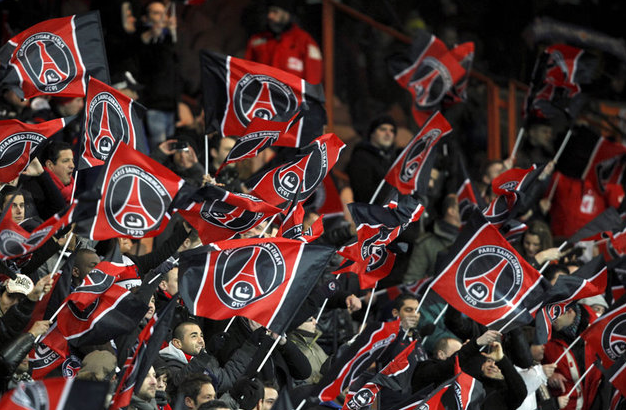 It was also a city with just one top flight football club. It may seem bizarre, given the rich history of football in many of Europe’s major capitals – London, Madrid, Amsterdam, Glasgow, Rome, Lisbon and Vienna – yet it is true.

However, since the establishment of the professional league in 1932, Parisian clubs had performed far less impressively. The league title had not gone to the capital for over 30 years, and by 1968, Red Star were the city’s sole representative in the top flight, and even they tended to struggle to avoid relegation each season.

Partly this failure can be explained by the growing popularity of football throughout France meaning there was simply more competition for the Parisian clubs. However there were other issues; the lack of space available in Paris meant clubs regularly had to change their stadiums, which gradually eroded their local identities and community ties.

This issue was worsened by the movement of people from the provinces of France to Paris, as many of these people now retained their support for a team from their original region rather than adopting a Parisian club.

There was also a significant lack of investment from wealthy local individuals or businesses. The low levels of support and investment therefore made it hard for the Parisian clubs to thrive in an increasingly competitive footballing environment.

In February 1969, the French Football Federation polled the residents of Paris, asking them ‘Do you want a major football club in Paris?’ – ‘Yes’ won by a landslide.

The club launched a ‘subscription’ service, similar to the Spanish model of club ownership by ‘members’, and swiftly accumulated around 20,00 subscribers- this model, democratic both in its ownership and in the referendum to form the club initially, perhaps helps to explain why PSG managed to win more affection from the Parisian public than previous sides had.

As Paul Dietschy points out in a 2002 essay, the traditional Paris football crowd was composed of people who considered themselves spectators, much like you might find at the theatre, rather than supporters of the team.

This was what separated those who watched the previous Parisian sides from their more partisan counter-parts throughout the rest of Europe. Their mind-set meant that if ‘their team’ was playing badly, it was seen as acceptable to adopt a negative attitude towards the players rather than supporting them. 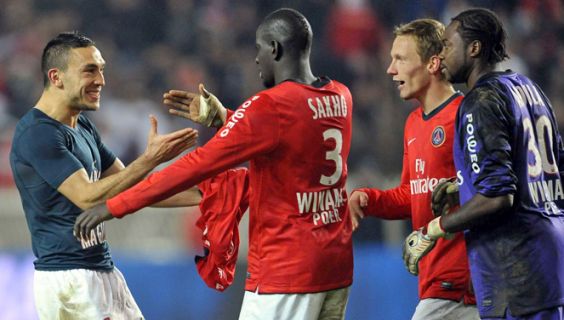 PSG were different, a club founded with the intention of attracting fans who would support the team through any situation. This more dedicated support both helped to create a better environment for the players and to generate a stable source of income for the club via tickets sold to those almost guaranteed to turn up every week.

Paris FC were only founded in August 1969, but within a year had merged with Stade Saint-Germain in order to form Paris Saint-Germain. Despite early success, this arrangement lasted for just two seasons, until a split saw Paris FC remain in the top slight whilst the side still known as Paris Saint-Germain were placed in Division Three.

Recovery did not take long, however- two consecutive promotions took them back to Division One, and it is difficult to imagine there was not a degree of satisfaction at the club in seeing Paris FC relegated from the top flight in the same year PSG won a place in it.

For the rest of the 1970s, their results were rather uninspiring- mid-table mediocrity every season. It was not until the 1980s that the club truly began to flex their muscles, winning the league in 1986 as well as the Coupe De France in 1982 and 1983. Yet success came at a cost; chairman Francis Borelli, who had overseen the era of success, left in 1991 with the club 51 million francs in debt.

In fact, Borelli’s departure was just the start for PSG, who were bought by French television channel Canal+, whilst the municipality of Paris, under the jurisdiction of PSG supporter and future French president Jacques Chirac, agreed to provide an annual subsidy of 30 million francs to the club.

Backed by this wealth, the club won another league title in 1994, as well as a further three Coupe De France’s during the 1990s. There was also a European Cup Winners Cup in 1996.

Despite this success, the club could never truly establish the dominance over French football that their riches and location suggested they should be able to. Indeed, after 1994 it would be 19 years until they would once again hold aloft the league trophy. 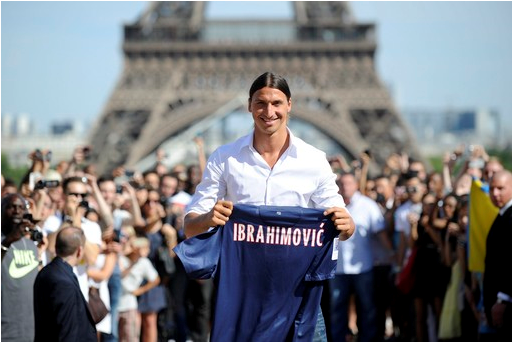 In 2011, PSG were purchased by Qatar Sports Investment. Since then, superstar players such as Zlatan Ibrahimovic, Thiago Silva and Edinson Cavani have arrived at the Parc des Princes. They have also won the last two Ligue 1 titles, and become a serious force to be reckoned with in the Champions League, where they have fought tight games against the likes of Barcelona and Chelsea in recent years.

It seems their place at the pinnacle of the French game is assured for the foreseeable future, the culmination of a journey which began in the late 1960s with the idea of a football club to unite Paris.

Yet it is worth mulling over what this recent success has cost the club in terms of its soul. Local hero, former captain and home-grown player Mamadou Sakho was sold to Liverpool in order to make way for the influx of Brazilian centre-backs Silva is said to favour.

It is hard to imagine the clubs original subscribers vision for the club as being one increasingly separated from its ordinary supporters, and the thoughts of the protesters of 1968 regarding the club of Paris essentially being owned by Qatar, a nation with some very dubious laws and a questionable human rights record, would surely be fascinating to hear.

Of course, many will argue that football sold its soul to the devil many years ago, and to criticise PSG for it is to single them out unfairly; indeed, as demonstrated by the examples of previous Parisian sides, success without money is incredibly difficult to come by, even prior to the modern era.

Yet it is hard not to feel somewhat uncomfortable for this famously radical and revolutionary city to have as its most prominent side a club formed for the people and intended to convert the more traditionally passive spectators into hard-core supporters, yet which now is a team of millionaires, shunning home-grown players, and funded by the richest country in the world.

Football fan and History student at the University of Sheffield. Primarily a follower of Ligue 1 and the Premier League. Interested in football history and tactics. Mamadou Sakho's number one fan.

One thought on “Paris Saint-Germain – from chaos to glory”