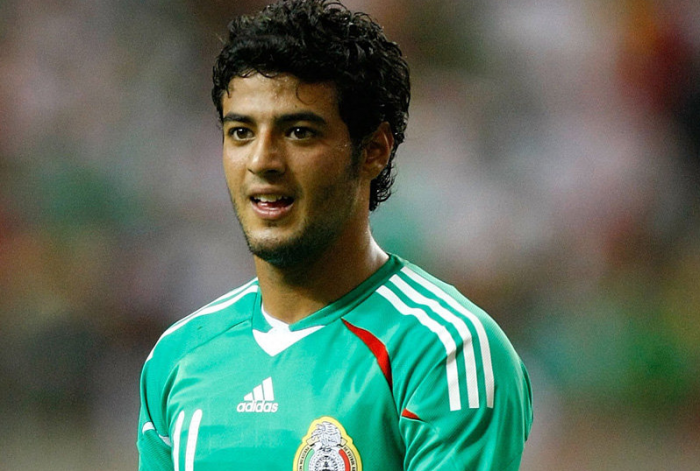 So much was expected of El Bombardero. He had taken the U-17 World Cup by storm, claiming the Golden Boot and leading his hugely talented Mexican side to World Cup glory – a side that featured current Barcelona outcast Giovanni Dos Santos, who had won the Silver Ball at the same tournament. Now, after an unimpressive showing with Arsenal in the Premier League, and a string of unsuccessful loan moves, Vela is trying his luck with Real Sociedad in Spain’s La Liga.

Where did it all go wrong for Vela? At just 16, Vela had already represented his country at the Under 17 World Cup in Peru, back in 2005. His potential was for all to see as he scored Mexico’s first goal of the competition, in their opening fixture with Uruguay, and continued to defy expectations as he scored a further four goals, against such teams like Australia, Costa Rica and even the mighty Brazil in the final. These underage tournaments are always looked to for new talent who, once impressing, have managers sit up and take notice. This was the case for Vela and after that World Cup victory CD Guadalajara owner and coach Jorge Vergara, made him an offer he couldn’t resist. However, since Vela was in a position of power, he bargained with Vergara and had him relocate his family after their town, Cancún in Quintana Roo, was on the receiving end of a terrible storm earlier that year.

This deal he brokered for his family made it evident that he loved his family. After winning the World Cup final with a resounding 3-0 victory over South American counterparts Brazil, and with his fathers birthday having clashed with that final date, Vela dedicated his goal in the final, golden boot and the trophy they had won earlier that evening to his father, who was understandably overjoyed at such an action, especially from a 16-year-old.

Following his hugely successful World Cup showing, and impressive club form, Arsene Wenger’s Arsenal came calling in 2005 and faxed over an offer of $3 million [£1.5 million] in order to entice the Mexican to London. “He was a player we were looking to be a big part of our future and there was no way we were going to let him go for free,” said Vergara after agreeing to the sale of Vela. “We expected him to stay for two or three years and then leave as the big star he was going to be, but in the end it was his decision and there was nothing we could do about it. I hope he won’t regret leaving the club at such an early age.”

A deal was agreed imminently and, after passing his medical with flying colours, he signed a 5-year deal with Gunners. However, after Arsenal had the “exceptional talent” excuse for a reason to obtain a Visa in order to Vela to work in Europe turned down, the 17-year-old was forced to look abroad for opportunities before re-applying in a few years time.

It wasn’t long before teams came calling upon hearing of Vela’s rejected Visa proposal. In January 2006 it seemed the Mexican was destined for a short-term loan move to Spanish outfit Celta Vigo as David Dein, Arsenal’s former vice-chairman, had agreed for him to leave. However, once again things turned sour as Celta Vigo announced that they were not able to take Carlos, due to restrictions regarding non-Spanish players. The loan move was cancelled but new alliances were quickly formed with Spanish Segunda side UD Salamanca, where young Carlos left more than an impression.

Upon arriving, Vela took time to settle but once he did there was no looking back. He had found his goalscoring touch, scoring a modest 8 goals in 31 games, and also lent a helping hand in contributing nearly half of Salamanca’s 53 goals that season, whilst still only 17. This form saw many lavish him with praise, with Spanish newspaper Marca labeling him “the new Hugo Sanchez” as there were several similarities between the two. For example, both had black curly hair, as well as wearing the No.9 jersey. But perhaps the most intriguing piece of information was that both Vela and Sanchez had played in Spain, at Salamanca and Real Madrid respectively, and had a knack of making their presence felt in games.

He returned to London that summer brimming with confidence but was once again shipped on loan as Arsene Wenger decided he was still to young and needed a fresh challenge, as well as still not having obtained a work permit. Plenty of clubs came knocking, Spanish sides such as Levante, Osasuna, Real Betis and Almeria all enquired about the teenage prodigy, but it was Osasuna who he chose to depart to on a one-year loan, with an option of a second year on the table too. No sooner had he been at Osasuna for the entirety of a single month was he drafted into the Mexican squad for their friendly against Brazil and subsequently Guatemala a month later, in October 2007, whom he scored his first international goal against.

His form for Osasuna wasn’t necessarily the greatest, returning to Arsenal with a relatively poor 4 goals in 33 appearances for Los Rojillos, but it was the step up he needed in order to truly show Wenger what he was fully capable of.

In May 2008 Vela was finally granted a work permit and so was able to play for Arsenal during the 2008/09 season. He made his debut for the Gunners in their fifth game of the season, vs Newcastle, and came on for talisman Robin Van Persie on the hour mark. He’d have to wait a further five games for his first starting berth – against Sheffield United in the Carling Cup. Arsene Wenger had fielded, as has become the norm, a young, inexperienced side, with Carlos Vela leading the line alongside Nicolas Bendtner. Little did 18-year-old Vela that this would prove to be his greatest achievement for the Londoners as he went on to score a hat-trick – all goals being of the highest quality, especially the second, which was chipped ever so delicately over the on-rushing Paddy Kenny.

Sachin Nakrani of the Guardian wrote that Arsenal “were a side with an average age of 19, containing one 16-year-old and four players making first starts, played through their more experienced opponents as if they were ghosts, only pausing to catch breath or celebrate the stream of goals”. Arsene Wenger later went on to note that they were “the best crop of young players” he has had at the club. But one player who made more of an impression than anyone that night was the young Carlos Vela, handed his first start that chilly September night. His exceptional performance earned many plaudits and Wenger once again led the praise, labeling him a “top-class striker”, as well as stating that “he has everything: agility, a good first touch and – perhaps most importantly – clinical finishing”. Despite the hugely impressive showing he gave that night Vela was to start only a further nine times that season, making a total of 29 appearances. He might not have made much of an impact, finishing the season with a total of only six goals and four assists, but Wenger still had him in is plans. Or so Vela thought he did.

The following season Vela made even less appearances and scored even less goals, managing just two. He was limited to cameo appearances and understandably became frustrated at his lack of opportunities for the first team. 2009/10 was no better. Just two goals in 20 appearances. With the arrival of Marouane Chamakh from Ligue 1 side Bordeaux in the summer of 2010, who had scored 16 goals the previous season, it seemed this was the beginning of the end for Vela. In 2010/11 he played only 13 times and ended the season with 3 goals and a single assist to his name. It was perhaps a relief then when West Bromwich Albion took a chance on him and brought him on loan to the Midlands from January 2011 until the end of the season.

In just his second start for the Baggies Vela scored at the death to grab a much-needed point against fellow relegation contenders Wolves. He also scored a late (controversial) equaliser in the subsequent game at the Britannia Stadium, where he had only been on the pitch a matter of minutes, that helped the Baggies climb out of the relegation places – for the time being at least. He was not to feature for the following three games, remaining an unused substitute, but made a further four appearances before the end of the season, failing to score during any of them.

At the beginning of the 2011/12 season it was agreed that he would travel to Spain once more but this time with Real Sociedad. In his thirteen appearances thus far he’s started eight, scoring twice, with both coming in successive games. His second goal, an incredible bicycle kick, tied things up in injury-time when Sociedad played Malaga early in December. With two goals in two games and confidence sky-high Sociedad travelled to Estadio El Madrigal to take on the injury-ravaged Villareal but a failure to score in that game and indeed the game after resulted in a dip in this new-found confidence.

Despite his goals, Vela has flattered to deceive at Sociedad thus far and that’s very much been the story of his career, with Salamanca proving the only exception. That once fresh-faced potential-ridden youngster who had joined Arsenal in order to achieve his dream to “play there beside Theirry Henry” has taken a turn for the worst and many don’t expect him to come back. Only Vela can decide his fate and if he can’t improve by the end of this La Liga campaign and change Arsene Wenger’s mind odds are his career will end up playing in the doldrums of a division two or perhaps even division three side in the years to come – an utter travesty considering the potential he once possessed.

One thought on “Over Before it Even Began: Carlos Vela”