Forget the ridiculous rumours surrounding Gareth Bale and Paul Pogba, reports have surfaced claiming that Manchester United have had a €35 million bid rejected by Valencia for centre-half Nicolas Otamendi.

Although their attempts may prove fruitless, it nevertheless shows that Ed Woodward and Louis van Gaal are collaborating effectively and identifying the correct players to improve United.

The summer spending spree may have acquired marquee names such as Angel Di Maria and Radamel Falcao and excited the younger sections of the Reds’ following, but the more tactically cultured fan knew that it was merely papering over the cracks that haunted David Moyes’ ill-fated time in charge.

United’s defensive problems are profound and LvG has yet to fully remedy the deficiencies he inherited from his predecessor.

Although the Dutchman has been forced to contend with a deepening injury crisis that has ravaged his back-line this season, it is apparent that even when his defenders are fit and playing, teams can prise open United all too regularly. 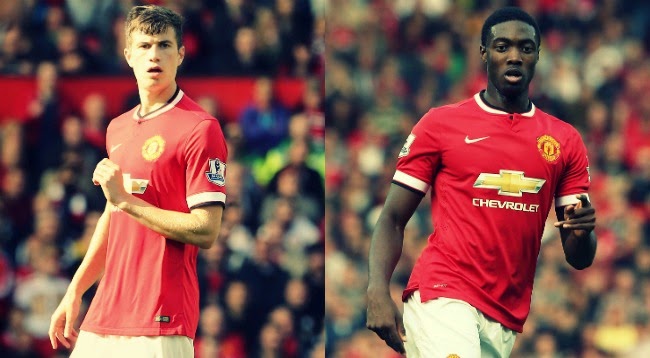 The long-term futures of Jonny Evans, Chris Smalling and Phil Jones have been thrown into disrepute after persistent injuries and underwhelming performances, while new signing Marcos Rojo has yet to fully settle in the Premier League.

Van Gaal could perhaps be commended for attempting to blood the young talents of Tyler Blackett and Paddy McNair, but their performances have shown that they are a long way off operating at the required standard on a consistent basis.

The club have been working extensively behind-the-scenes at preparing their transfer window strategies and some of the stories leaking out of Old Trafford prompted utter bewilderment.

Firstly, United were heavily linked with a £70 million move for former player Paul Pogba after the Frenchman’s stunning run of form for Juventus. Following that, the club were then said to be interested in offloading David de Gea and a further £40 million to acquire the services of the world’s most expensive player, Gareth Bale.

Although these rumours align with Woodward’s vision for United- in the summer he claimed United had no limit to their budget and make a world-record bid for a player if they wished- they did not reflect a focused and coherent transfer policy.

What United need are defensive recruitments and the Otamendi link is perhaps a source of reassurance for the worried corners of the Old Trafford crowd. The club are targeting recognised and established centre-halves and it is exactly these players that will give van Gaal the platform to succeed.

Building from the back is crucial for United to complete their transition under van Gaal and require a fresh injection of talent to overcome their recurring incompetence. In Otamendi, United have identified a player who possesses all the necessary abilities to excel in the Premier League and add solidity to the United defence.

The 26-year-old Argentinian has been consistently excellent for Valencia this season and garnered plaudits for his man-of-the-match display in their 2-1 victory over Real Madrid two weeks ago.

After four years with Porto, Otamendi was signed by Valencia and has hit the ground running in Spain, establishing himself as an indispensable member of Nuno Espirito Gomes’ side.

Otamendi’s statistics and performance analyses compare favourably to the current defensive crop at United. His interception average rate of 3.17 per game is higher than Chris Smalling and Jonny Evans whilst his average of 68% in aerial duels won towers above every United defender.

This particular attribute shows a player who can reassert United’s dominance in the air, something they have been sorely lacking since the departures of Nemanja Vidic and Rio Ferdinand.

At 26, Otamendi is a player with several years remaining at the top and United would be purchasing him at exactly the right point in his career.

A rejuvenated and sturdier defence is absolutely imperative to overhaul Manchester City and Chelsea at the Premier League’s summit, either this season or next, and Otamendi is the missing piece of the puzzle.

Otamendi’s tenacity and aggression resemble Vidic’s whilst he also retains a good tactical brain and has the charisma to be a leader at the back for United.

Unlike other mooted defensive targets such as Raphael Varane and Mats Hummels, United have a realistic chance of landing Otamendi. His agent is Jorge Mendes- the same man who engineered Falcao’s loan move to Old Trafford- and that established connection between club and agent may be beneficial for all parties.

Whether or not Otamendi is interested is moving a mere six months after arriving at the Mestalla Stadium remains unclear, but as the transfer window prepares to a conclude in the next two weeks, the speculation is guaranteed to intensify.

One thing is for sure, if United can land the ‘Matador of the Mestalla’, they will have completed their shrewdest piece of business since Sir Alex Ferguson retired.