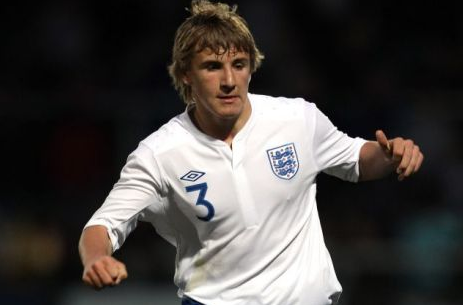 Is Luke Shaw worth £4 million? Possibly – but it’s hard to tell as few of us have seen him play. And if he changes club this summer, then that small fact is unlikely to change very soon.

Several reports have suggested that Chelsea are planning to spend big on the 16-year-old Southampton left-back who has yet to make a league appearance for the club.

Saints boss Nigel Adkins has pledged that he will do all he can to keep him, and has been making all the right noise, saying “We have got no intention, believe you me, of letting any of our young players move on.”

But Shaw, as he is not yet 17, has yet to sign a professional contract at the club – and as a native of Kingston, near Chelsea’s training ground, may easily be tempted by the lure of the European champions.

It’s not just Chelsea though – it’s Manchester City, Arsenal, Liverpool, all of them.

Buying up someone else’s young English players, developed at their parent club for years, just to stick them in the stiffs and loan them to lower level, often kick-and-rush teams until they have lost whatever momentum they once had. While the clubs they grew up with miss out. And another reason that makes domestic football harder to love any more.

What rankles most here is:

a) Chelsea have two England left-backs already, one who is established as one of the best in the world, and the other who is 23 and set for a good and long career. They don’t actually ‘need’ him.

b) Southampton have just been promoted to the Premier League. They are financially sound and have a fantastic recent record of producing and developing youngsters, such as Gareth Bale, Theo Walcott and Alex Oxlade-Chamberlain. He will undoubtedly get plenty of games there in the next couple of seasons.

c) There’s a horrible inevitability about his imminent departure. No-one is suggesting he needs to be like Matthew Le Tissier and stay at a medium-sized club his entire career, but why can’t Saints fans have the chance of seeing one of their own be part of a bright young side that has a chance of success at the highest level? Even if he then leaves to join a bigger club at, say, 21 or 22?

This trend is of course not restricted to the two mega-moneybags clubs – you know the ones – that many fans in England like to use as punchbags for all that’s bad in modern football.

My team Tottenham signed John Bostock at 16 from Crystal Palace in the summer of 2008.

Four years later, Bostock is 20 and has still never played in the Premier League. Denied even a loan spell at a mid-table side, the most he’s had is a smattering of starts at Championship level with Hull in 2010. His England career stalled two years ago at under-19 level.

It’s impossible to be certain of these things, but had he stayed at Palace he could have made over 100 league appearances by now for a club presently (at least this side of the transfer window) full of exciting young talent. Who knows, it could be him that we’re now talking about in terms of international recognition instead of Nathaniel Clyne and Wilfried Zaha, who between them have already played 200 times for Palace.

It’s not long ago that mid-ranking clubs were able to keep their biggest stars at least until they’d developed into being England players, or at least at under-21 level.

Go back a bit further and the likes of Ipswich, Southampton or Watford all featured some of the domestic game’s top English players. But now it seems that there are four or five clubs now able to cherry pick and stockpile – the net result being instability for players who are then constantly loaned out, and a drop in quality in the opposition clubs due to the talent being concentrated in so few hands – thus entrenching the top clubs’ dominance ad infinitum.