Bundesliga is back, and the fanatics and scouts alike are already marking out their best players. Anyone familiar with the history of the league would agree that the German league has a reputation for being the go-to place for young talent.

Bundesliga is a promising playground, whether you are looking to make money off the game or like to follow players of your favourite teams.

This post will shine the light on five players who showed the most promise in the season before the suspension. You can keep on top of player performances and even use their stats to help when betting on German football. 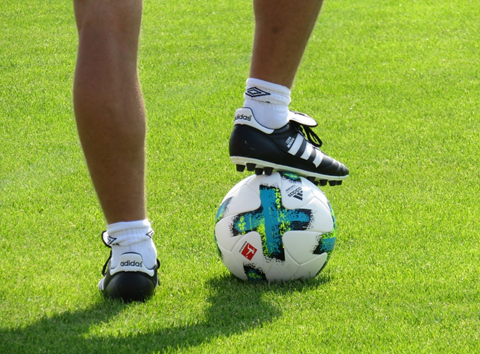 Harit, aka Todibo is not a new name in Bundesliga. If you follow closely the backroom deals they make for players in the league, you will know that Barça has been trying to get him. As they try to negotiate, Schalke’s David Wagner is firm that they pay 25 million euros or nothing. The Moroccan national’s star shone in the high season of 2017-18 when he was a rookie, but the last season was tough on him. He still managed to score six goals and made four excellent assists. The 22-year-old is one of the fastest rising talents to watch in the next season.

Twenty-two-year-old Nkunku is a new talent in Bundesliga, fresh off Paris Saint-Germain’s academy.  He broke the ceiling to land in the first-team squad in the last season, although he could not hold a place down in the starting 11 enough. Leipzig reportedly parted with a whopping €15million to get the French midfielder, and it is clear he is earning his keep. Nkunku’s first score in the league made a big difference in a tense match, but his long list of notable assists is even more impressive. A commentator once called him an excellent technician and a dead-ball specialist.

The 20-year-old Serbian forward proved himself in the Red Star Belgrade before finding his way to Bundesliga. With eight scores in 22 appearances, he is doing well in the league. Jovic scored his first goal within his first seven games in the first season in Germany. This set the stage for the 17-goal explosion that solidified his place in the league in the 2018/19 league. He set the record as the youngest player to score five goals in a single game in Bundesliga when his team won 71- against Fortuna Düsseldorf.

Vargas’ football career began in his hometown club of FC Adligenswil in Switzerland. Before long, the scouts found him, and he joined FC Luzern, gradually working his way up from the youth ranks to the first 11 within almost a decade. The 21-year-old has found a home in Augsburg where he has become a highly rated winger. In the last season, he scored eight goals and made eight assists. The splash he has made is unlikely to die down in the next season; this is a dangerous striker that everyone in the league should beware of.

20-year-old French-Malian Winger and striker is a recipient of the 2016 Titi d’Or cup that he won as the best and most promising talent of his class at the Paris Saint-Germain academy. Before he signed up in the Bundesliga, Diaby spent the last half of the 2017/18 season in the Italian league on loan at Crotone. He made appearances in the U19s, producing a goal and three assists in the 2018 UEFA European U19 Championship. Diaby scored the first goal for Leverkusen that led to the team’s 3-0 win over FC Saarbrücken and an opportunity to play in the 2020 DFB-Pokal finals.

Marcus Thuram is a quick, strong, and agile athlete who has proven to be a nightmare for every defense his team has played against. His fantastic dribbling skills show apparent similarity with his father’s Lilian Thuram, who was one of the greatest center-back players of his generation. If you are scouting for the most promising attacker capable of attacking in any situation and angle, Thuram is your bet. The 22-year-old has 14 league goals against his name in the last term, six scores, and eight assists.

Bundesliga is known for producing ‘wonder kids’ who go along to reign in the pitch all over the world. These six are among the most promising stars in the league in the coming 2020/21 season.