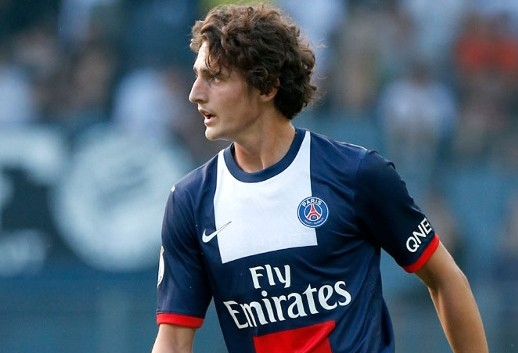 France is a country of elegance, romance and very talented footballers. The capital club has changed the face of the French Ligue, with billionaires rupturing the odds and powering heaps of cash which has influenced some of the world’s greatest players to join the club.

There is however a young Frenchman fighting his cause and paving a challenge to those in the middle of Paris Saint-Germain’s first team. Although the Ligue 1 champions have Blaise Matuidi, Lucas Moura and Thiago Motta in the side whilst recruiting Newcastle United’s Yohann Cabaye in January, 18-year-old Adrien Rabiot has tirelessly been trying to mark his spot on the playing field after a tough start to his career in Paris. A loan spell at Toulouse in the 2012-13 season saw Rabiot set the ground alight with 13 appearances which has reinvigorated his chances at PSG.

Rabiot, a former Manchester City youth player in 2008, still has plenty of grafting to do to break ahead of some of Paris top earners but he is certainly on his way to making an impression, with links to Arsenal of late. Standing at 6-foot-2, the tall and imposing Rabiot bares a presence in the middle, fulfilling defensive duties when the opposition hit on the counter.

The youngster is already creating and tuning waves which has seen his name mentioned alongside the likes of new Chelsea defender Kurt Zouma and Juventus star midfielder Paul Pogba who are expected the sweep the floor with international football alongside the likes of Spain and Brazil with their emerging talent.

His recent performances have convinced the PSG hierarchy to keep him, allowing six starts thus far this season but has been utilised as a substitute more often than not, picking up a goal, a 25-yard screamer against Stade Brestois 29 and an assist to his name. His game time has extended into the UEFA Champions League, making five appearances.

Despite being promoted by former coach Carlo Ancelotti after signing his first professional contract on a three-year deal, Rabiot has predominantly been a back-up merchant to the first team but has featured enough in competitions to get to grips with his identity on the field. He is yet to establish himself internationally, having made few appearances for the France U21′s. To realise his full potential he needs to be a regular starter and this possibly suggests a move elsewhere.

He might not get the opportunities at PSG that his talent deserves and a second loan move may be a productive option. If he does stay at PSG the midfielder can work with a top coach under Laurent Blanc and compete with the likes of Blaise Matuidi and Marco Veratti which can only improve him.

With French football having experienced its most wretched times and weathered the storm of criticism especially on an international field, the country is running through a transitional period which may require players such as Rabiot to stick around for the foreseeable future.

Breaking into PSG’s team on a regular basis may prove too much for the bullish midfielder but he has the composure to find his feet and become a real star.