Iceland—a small European Island country with a mere population approximating 325000—only makes headlines with its volcanic eruptions, small glaciers, and having the largest waterfall in Europe, Dettifoss. On the other side of the coin is football. It creeps inside everything beyond the bounds of religions, geography, culture, race, and what not!

When we talk about Icelandic football then only one prominent name comes in our mind, Eidur Gudjohnsen—which highlights the fact that Iceland is not a ‘factory’ of producing football greats but a mere passage of giving gifted individuals to the game—it seems befitting in a manner that Eidur has actually won the football titles in Netherlands (PSV Eindhoven), England (Chelsea), and Spain (Barcelona) including Champions League honor coupled with a fact that he, technically, really was a decent player all-around.

However; what we have today in One 2 Watch is a certain Gylfi Sigurdsson whose life, as far as football is concerned, reflects a rags to riches story and the lad is only 21 years of age.

Having started out with FH Hafnarfjörður before joining Breiðablik, Gylfi moved to England seeking academy scholarship and signed for Reading at the age of 16. He was all-alone for the first few months there but his parents moved from Iceland to Reading with him when they saw the determination of young Gylfi. For next three years, he kept playing for the youth and reserve teams and kept working harder in a hope to find him playing amongst renowned names one day. 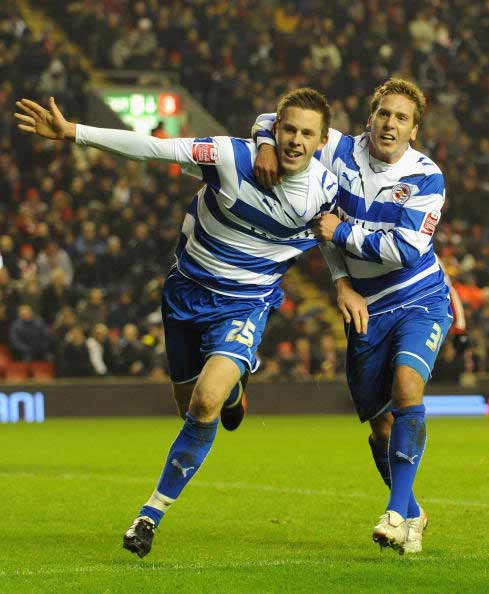 His hard-work and blossoming progress finally earned him professional contract in 2007 and he spent two seasons on loan—first at Shrewsbury and then at Crewe.

It was in Reading’s 2009/10 Championship campaign that Gylfi Sigurdsson finally came to realize of what it’s like to be a football player and a fan favorite. He scored 23 goals in total with 9 assists, making 48 appearances for Reading in all competitions.

His biggest moment in the campaign surely was the F.A. Cup third round against Liverpool when he scored from a penalty in dying moments to make it 1-1 and Reading went on to win 2-1 after extra-time. This tells of his magnificent trait that he never loses nerves no matter how big the pressure is and installed the faith in his deadly role to great measure i.e. “The Set-Piece Specialist”.

Gylfi Sigurdsson won Reading’s Player of the Season award for 2009-10 season and left the club on high song. Reading fans gave him a song in the previous season: “The Sig’s on Fire!”

He has been on fire since joining Bundesliga outfit Hoffenheim after his famous exploits at Reading. Hoffenheim splashed £6.5 million for him in summer and Gylfi has proven, so far in his debut season of Bundesliga, that they were not wrong in valuing him that higher.

Initially debuting in September—starting as substitute—Gylfi was given a chance to understand the pace of Bundesliga. He showed in his second match—again started as a substitute—that he could adapt easily to the transition. He scored from a free-kick in that match and since then has been converting dead balls for fun.

His midfield play has been enhanced by the passage of time as his box-to-box role, and he is equally adept at playing on both flanks. Despite his 6 ft height, he possesses great pace with blistering runs.

In his 15 appearances for Hoffenheim in all competitions up to the winter-break, Gylfi Sigurdsson has scored 7 goals, adding 2 assists on the way.

At just 21 years-old,  Gylfi has a great future ahead of him. With the recent resignation of Ralf Rangnick, his role for Hoffenheim in the second half of the season is yet to be seen, but one thing is sure that Gylfi has become the greatest prospect since Eidur Gudjohnsen to = emerge from Iceland.

Maybe the volcanic eruption from Iceland some time back was not for no reason!

One thought on “One 2 Watch — Gylfi Sigurdsson”