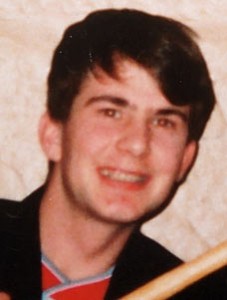 On 19th November 1992, a decision was taken by London High Court judges to disconnect the feeding tubes being used to keep Hillsborough victim Tony Bland alive.

Sir Stephen Brown, president of the Family Division, said that after three years in a vegetative condition, there was no reasonable possibility that Bland would emerge. Mr. Bland’s parents, Allan and Barbara, were in support of the doctor’s court action and expressed their relief at the ruling.

Tony, only 19 at the time of the disaster, suffered severe brain damage as he and hundreds of other football supporters were crushed in a poorly regulated, and bulging stand at Sheffield Wednesday’s Hillsborough stadium in April 1989. The events of that day left 96 dead, and many more severely injured.

At the High Court hearing, doctors representing Airedale General Hospital, Keighley, Yorkshire; alongside other medical experts; declared that Bland would be able to survive for another five years but he would never recover from his permanent vegetative state. Indeed, it was concluded that if artificial feeding were to be withdrawn he would perish within a matter of days.

The lawyer appointed to argue the case for continuing the feeding of Mr. Bland, alongside anti-Euthanasia spokespeople, had argued that the withdrawal of food would be equivalent to murder. As such, an appeal was heard on 30th November. Ultimately, after two months of back and forth legal debate, this appeal was dismissed by the House of Lords on 4th February 1993.

The Hillsborough Disaster is still one of the most resonant events in English football history, with the involved families’ protracted battle for justice having only just begun to reach a climax, this year.