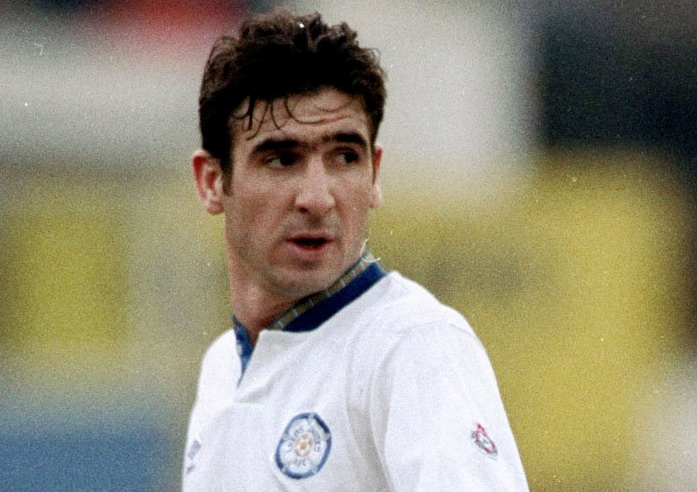 Twenty years ago to the day Éric Cantona opened his account in English football. But, despite all the success he had gone on to have in England, it wasn’t his first choice. In fact, his first choice was Japan. Weird as it may sound, Éric desired career in a country where he’d be a relative unknown and where the clubs paid “very good wages” according to a friend of Éric’s at the time.

After initially retiring at just twenty-four having endured a troublesome yet quietly successful football career – he had been chief tormentor in Montpellier’s surprising Coupe De France win in 1990 – Cantona decided to call it a day. That two-month ban handed to him by the French FA – although initially a four-match suspension Cantona, fuming, and in true Cantona fashion, walked up to each member of the commission and uttered the same word: ‘Idiot!’ and left – subsequently saw him commit, for the first time, football ‘suicide’. He did this while still contracted to Nîmes and subsequently owed them £1 million. Not a great time to retire then one might think.

Knowing that canceling his contract with Nîmes may well run him close to bankruptcy, he begrudgingly returned and was advised to carve out a career in England, not Japan – thankfully the season was coming to a close and no clubs needed additional players – by then assistant coach of the French national team, Gérard Houllier.

Howard Wilkinson, the Leeds manager at the time, was informed of Cantona’s availability via Trevor Francis, who was in charge of Sheffield Wednesday. Gérard Houllier, ‘a good friend’ according to Dennis Roach, the football agent who had overseen the first £1 million transfer fee in England, was given the task of breaking this news to Francis that the mercurial Frenchman was seeking a club in England. However, with the Frenchman’s talent also came the inevitable trouble. Houllier warned Francis who remained so intrigued that he subsequently organised Cantona to come to Sheffield and train late on in January 1992. “Eric came over and played in an indoor six-a-side tournament – and he was absolutely fantastic. Unbelievable.” Roach was clearly a very impressed man. And Cantona equally impressive. But when it came down to signing the contract, Francis ‘hadn’t yet learnt to make quick decisions’ according to Roach, ‘so he ummed and aahed’. Francis decided that he wanted to evaluate Cantona a further two days but that decision proved costly as Roach soon received a call from what sounded like a very intrigued Howard Wilkinson at Leeds.

Wilkinson and Houllier got straight down to business. The Englishman enquired, Houllier responded. When asked on what Wilkinson should do, Houllier remembers telling him to “close your eyes and take him, you’ll get a superb player”. ‘Sergeant Wilko’ was quick to act. A week on from those discussions that took place between those two and Cantona was discussing his future with Wilkinson. He duly signed, on loan from Nimes, and the reigning champions were given the option of buying him outright in April 1992.

Having abandoned all his fitness during his one-and-a-half month absence from the game Wilkinson eased him back into it. Cantona understood Wilkinson’s approach and Gordan Strachan, the United captain at the time, was quick to praise Cantona’s “first-class attitude’, while also backing Wilkinson’s choice to “break him in gently” at the time: “You have to remember that when [Éric] joined us, he had not played for six weeks – so it was really like pre-season for him, and we have to break him in gently, though hopefully he will be a big help to us in the final weeks of the season.”

An untimely injury to midfielder Steve Hodge forced Wilkinson to give Le Brat his debut – away, in a disappointing 2-0 defeat to Oldham. Cantona failed to make a lasting impression in his inaugural game for United and other than a few flicks, he was a largely subdued and understandably frustrated character.

“I found it physical to play in,” said Cantona following his failure to exert any influence on the fixture. He acknowledged that he had “had a bad day” but delved deeper and said ‘I think I’ll have fun here. I’ll understand more with each day that passes. It’s the same for the language. It won’t be harder, it’ll be just as difficult. To learn is always difficult.’

His second game, after United crossed the Irish Sea to do battle with Irish champions Shelbourne, excited many and the anticipation that he’d be featuring saw ticket sales spike. Cantona duly impressed and was the man behind a ferocious shot which shook the post from 20-yards. So far, so good then for the 25-year-old. His home debut in another friendly, this time against Swede’s IFK Gothenburg, saw the birth of – or reincarnation of – the ‘Ooh-Aah’ chant that soon became one of the most recognisable chants in English football when the mavericks name was added to it. It was a chant formerly used for Manchester United’s Paul McGrath and was subsequently used to great effect when the Frenchman arrived at Old Trafford in arguably the most cherished of his years in football.

His first goal in English football arrived on the rogue day, February 29th, in 1992. An injury to Tony Dorigo saw the introduction of Cantona on the half-hour mark. In the second half Éric attempted the audacious and chipped the Luton keeper, Steve Sutton, with the ball evading him, but just not the crossbar. Not long after that, Gary McAllister charged through the Luton defence. Just about to round the keeper, the Scot was felled and the ball rolled free. Cantona, with just a few yards to trek, saw his opportunity and grabbed it with both hands. Cue a rapturous reception from the Elland Road crowd. (He later turned provider for the unmarked Lee Chapman, who rifled his shot past Sutton.)

He went on to record 9 goals in 28 appearances for United during his solitary year at the club. But that day, on February 29th 1992, the Cantona train was well and truly set in motion.