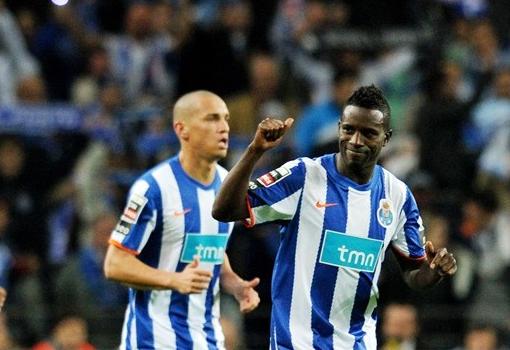 Tonight’s all Portuguese Europa League Final serves as an opportunity for both clubs to leave their own unique footprint on the history of their respective clubs. Winning the cup would be hugely significant for both clubs, for very different reasons.

When Andre Villas-Boas’ men take to the field in Dublin tonight, they will be seeking to add to their own already illustrious chapter in the history of the Dragons. Porto are a team already rich in prestige and success. This is a club who have already won 25 leagues, 15 Portuguese Cups, two European Cups, two Intercontinental Cups, a UEFA Super Cup and, of course, the UEFA Cup, now known as the Europa League. It would seem that adding your own unique accolade to such a decorated past would be difficult, but Andre Villas-Boas and his men have done just that. More on that in just a bit.

Porto, much like their counterparts in tonight’s encounter, Braga, with their ties back to Arsenal, can trace a significant part of their incarnation to English football. Founded in 1893 by Antonio Nicolau de Almeida, a leading wine merchant from Porto, the inspiration to start the club came after de Almeida took a business trip to England and came back with the inspiration to form a football club. They are now regarded as one of Portugal’s “Big Three” alongside Benfica and Sporting Lisbon.

From there, apart from the aforementioned titles, F.C Porto have grown to become one of the biggest sporting, and business, institutions in all of Portugal. The club also boasts teams in athletics, roller hockey, handball and basketball, as well as a team in the Superleague Formula race car series. They are now a public limited company, quoted on the Lisbon stock exchange and have several satellite companies including their own insurance company. This is an enormous sporting institution.

Porto have many teams who have their own special place in the history books of not only the club itself, but in European football. There is the European Cup winning team, who led by Arthur Jorde and inspired by their legendary captain, one club man João Pinto, beat Bayern Munich in the Final in 1987. There was the Mourinho team which dominated domestically and won the 2003 UEFA Cup and the 2004 Champions League, inspired by the likes of Deco, Derlei, Carvalho and Maniche. A win tomorrow night should propel the likes of Falcao and Hulk into similar esteem in the clubs history books.

So what is the unique quality about Villas-Boas’ team that merits its own place in the illustrious history of Porto, besides winning the trophy itself? Well, they are only the second team in the history of Portuguese football, and the first in Porto’s history, to complete an entire league season unbeaten. For that, they are already assured of their own special chapter in the clubs history, but winning the Europa League would be the icing on the cake for the legacy of Porto’s “Invincibles.”

There is no doubt that this Wednesday’s Europe League Final is the biggest game in the history of S.C. Braga. Should Domingos Paciência’s team triumph in Dublin tonight, it will undoubtedly be the clubs biggest achievement to date.

The Portuguese league has always been dominated by the “Big Three”, having only seen two years in its entire history where none of these teams won the title. Subsequently Braga have never won the Portuguese Liga, their best ever finish being second place in 2009/2010. To date, the biggest honours that occupy their trophy cabinet are the Portuguese Cup (Taça de Portugal) and the distinction of being the last ever winners of the UEFA Intertoto Cup. There is no doubt that a win on Wednesday would mark the most significant chapter of the clubs history.

Hailing from the city of Braga, in the province of Minho, in Northwest Portugal, Sporting Clube de Braga were founded in 1915 and take their name from “Sporting Clube de Portugal”, better known as Sporting Lisbon. They are the fourth most supported team in Portugal.

Anyone who watched Euro 2004 with any degree of interest will be familiar with the 30,000 capacity Estadio Municipal (now being branded as the “AXA Stadium”), the home ground of S.C. Braga. It is well known for its unusual design. The stadium is carved into the “Monte Castro” quarry and stands run along both sides of the pitch only, with one end consisting of rock walls from the quarry and the other end offering a view out over the city of Braga. Dozens of steel strings connect the roofs of the 2 stands and access between the 2 stands is through a 5,000 sq/m plaza under the pitch. It is one of the more unusual venues in world football.

The origin of this switch is a hotly contested topic. One story suggests that their then manager Jozef Szabo took a trip to Highbury and was so enamored by the club that he decided to change their kits from the green and white striped shirts, to the red and white of Arsenal, a kit which they still wear to this day. Others claim that their then president José Antunes Guimarães was an Arsenal fan and had business connections in London. The first story is more widely reported and the more reputably sourced. Whichever you believe, what is not in question is that this affiliation has stuck, and this has led to their supporters being referred to as “the Arsenalistas”. They even named their youth team “Arsenal do Braga”. Incidentally, the 2 clubs had never met until this season when they were drawn in the same group in the Champions League. Despite suffering a heavy 6-0 defeat at the Emirates (their joint heaviest European defeat, matching their result against Arsenals bitter rivals Tottenham Hotspur in 1984) they managed a famous two nil victory in the home tie.

Braga will be hoping to add a famous Europa League title victory to their unusual story. Should they upset the current Portuguese Champions Porto, it will undoubtedly be their greatest achievement and one that could potentially, spur them on to their 1stever league title. They could legitimately dream of turning the “Big Three” into the “Big Four”, and undoubtedly, the class of 2011 would be revered in the clubs folklore for generations to come if they were to make history in Dublin. They have had some famous nights in their European journey so far, recording victories over the likes of Arsenal, Sevilla, Liverpool, Benfica and Dynamo Kiev. There is no doubting though, that a victory over Porto tonight would be the biggest of them all.