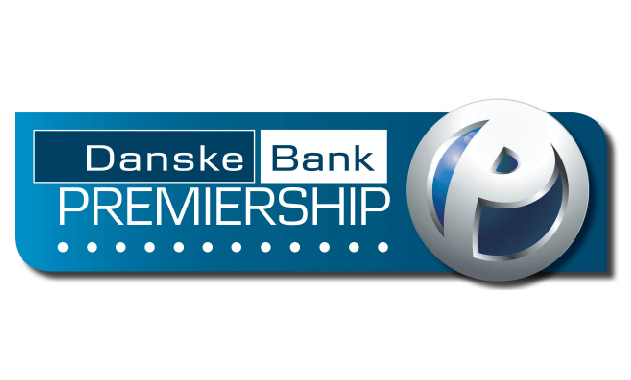 While the League of Ireland is currently in full swing, clubs in Northern Ireland are gearing up for their new campaign as the 2013/14 NIFL Premiership gets under way on Saturday 10th August.

With the new league name, also comes fresh excitement as clubs in the second oldest league prepare for the new season with the title challenge expected to be the most open in years.

The 2012/13 Danske Bank Premiership was viewed by many as a breath of fresh air and, to an extent, re-ignited the passion of the ‘local’ game. Giants were toppled in the form of the traditional ‘Big Two.’ Linfield, having previously won seven league titles in nine seasons, were far from their usual dominating self, while Glentoran, plagued with their financial dilemmas, even faced the prospect of folding all together.

It was Cliftonville who stole the show as the Reds looked set to clinch a domestic treble with their North Belfast rivals Crusaders hot on their heels. However, it was Glentoran who, faced with extinction, came back from near death to spoil Cliftonville’s chance of a treble by clinching the Irish Cup in extra-time.

On the back of last season’s mould breaking attitude, the stage is set for the 2013/14 season in Northern Ireland to be a truly exciting spectacle with little to separate Cliftonville, Crusaders and Linfield as they have their sights set on the top spot.

Below we take a look at five title contenders who can potentially be crowned the Champions of Northern Ireland come April 2014.

When considering the potential title contenders ahead of the new season, it seems only fair to begin with the reigning Champions. It was a remarkable 2012/13 season for Cliftonville who took the NIFL Premiership by storm and looked set on claiming an historic treble, if it were not for Glentoran who thwarted their chance with victory in the Irish Cup final.

Tommy Breslin’s side laid waste to many of their league opponents, including an 8-0 rout against Ballymena United, securing the Gibson Cup with an eight point margin over runners-up, Crusaders, and notching a total of 95 league goals.

With the exception of James Knowles, the North Belfast side have managed to keep hold of their double winning side, including strike partners Joe Gormley and Liam Boyce, who last season notched a staggering 65 goals between them.

While the players, officials and fans were still savouring their league title success and the theatrics that came with it, the party atmosphere has continued at Solitude this summer with a glamour Champions League tie against Celtic, which drew a 5,000 strong crowd at Solitude.

Cliftonville’s achievements last season were remarkable and thoroughly well deserved. But while it is one thing to win your domestic league, it does require something else to retain it. Indeed, Linfield are the only team since 1991 to have won back to back titles in Northern Ireland.

However, Tommy Breslin’s side seemed to play without an ounce of fear last season and you can expect the same from the Reds during the new campaign.

The 2012/13 campaign was certainly a season that Linfield FC were quick to forget.  The Windsor Park club suffered their lowest league finish in 10 years, which was made all the more painful as the Blues were dumped out of the Irish Cup at the first hurdle while also suffering an embarrassing 7-2 defeat on aggregate to Shamrock Rovers in the Setanta Cup. By Linfield’s usual standards, last season was viewed as a disaster.

Although respectful and gracious in defeat, Linfield’s manager David Jeffery is not accustomed to losing and wasted no time in re-building his squad ahead of the new season.

Many of the ‘old-guard’ have since departed the Blues, such as Damien Curran, Steven Douglas and veteran defender William Murphy, who announced his retirement from the local game.

New signings such as James Knowles, Andrew Waterworth, Sean Ward and Jonathan Tuffey have already made an instant impact at Windsor Park and have hit the ground running with impressive performances during the Blues’ European campaign this summer.

Not only did the Blues achieve their first away victory in Europe since 1966, the Belfast outfit also secured an historic victory in Greece against Super League outfit, Skoda Xanthi, a feat which the likes of Lazio and Middlesbrough had failed to do previously.

Although they did encounter many injuries amongst their first team last season, Linfield’s downfall can be largely attributed to an apparent lack of hunger and desire to win amongst the players. It seemed that Linfield had accepted defeat long before Cliftonville had secured the title in April, a trait that is traditionally rarely associated with the Windsor Park club.

However, Linfield will enter the new season with much optimism on the back of their valiant European run and perhaps their new signings, coupled with the summer departures, have helped rejuvenate the side to an extent. Their performances in Europe sent out a real message of intent ahead of the new season. Linfield are hungry and eager to re-claim the title for the 52nd time.

While it was Cliftonville that drew all the plaudits for their performance in last season’s campaign, it would be both unwise and unfair to overlook their North Belfast neighbours, Crusaders, when considering the potential title contenders for the upcoming NIFL Premiership season.

The Hatchetmen finished in second spot, 8 points behind their local rivals, and although they found it difficult to emerge from the formidable shadow cast by Cliftonville, it must be noted that Crusaders were the only side in Northern Ireland to finish the season with an unbeaten home record and the only outfit who looked to give the Reds a run for their money.

Similar to Cliftonville, Crusaders have managed to keep the majority of their first team players from last season, while also attracting new blood to the side.

A valiant home performance in the Europa League which saw Crusaders narrowly lose 2-1 to Norwegian giants Rosenborg – a professional side already mid-way through their season – goes to show how difficult it can be to get a result at Seaview.

If it was not for an extremely strong Cliftonville side, the fortunes of Crusaders could have been much different last season.

But one thing is for certain, Crusaders will be utilising the fortress reputation of Seaview to their advantage and look set to come away with another very strong home record next campaign.

Last season really was a rollercoaster ride for Glentoran supporters. For the majority of the season, the East Belfast club were in the media spotlight for all the wrong reasons. Unpaid tax bills, failure to pay players and the prospect of winding-up orders were all too common at The Oval. Morale in East Belfast seemed to be at an all time low.

But while the club’s very existence was under threat during the 2012/13 season, in true underdog spirit, Glentoran pulled off the unexpected by defeating the supposed ‘unbeatable’ Cliftonville side in the Irish Cup final and in doing so, prevented the Reds’ chance of laying claim to a glorious treble. It was an extraordinary end to what had been a predominately difficult season for the Glens.

However, Glentoran have been brought back to earth from May’s cup theatrics. Only three months have passed since the East Belfast side’s Irish Cup heroics, but already the team maintains a very different look to it. With the club now addressing their financial problem’s directly, Glentoran have had to look to develop younger talent rather than attract the league’s top players, as was the norm in recent years.

The Glens will also begin their 2013/14 campaign without faithful servant and captain, Colin Nixon, who leaves the club having made just fewer than 800 appearances. In addition, the summer break also witnessed bitter rivals Linfield raid the club for two of their most prolific players. Last season’s top goal-scorer and Irish Cup final hero Andrew Waterworth has made the switch to Windsor Park while ex- vice captain, Sean Ward, also joins the Blues, having spent a total of 10 seasons at The Oval.

Instead of poaching the league’s more established stars, the Glens have secured signings with the view of looking to the future. The side will therefore be looking to their enthusiastic youngsters on the back of their successful cup journey, who captured the essence and magic of the Irish Cup, to muster a title challenge.

It will be a tough task for Glentoran, but while Cliftonville, Crusaders and Linfield remain the firm favourites to take the title, the East Belfast side will not need reminding how they defied the odds to clinch the Irish Cup in dramatic fashion with such a young and inexperienced side. Whether the Glens can replicate that form ahead of their league campaign, remains to be seen.

Having finished runners-up to Linfield in 2011, it was an extremely disappointing season for Ronnie McFall’s Portadown side, as they found themselves on the wrong side of the mid-season split.

Although massive outsiders when considering this year’s title contenders, the Ports have been busy on the transfer front in an attempt to rebuild their squad.

While much of last season’s squad have been released, the Ports have secured experienced players ahead of the new season, such as Emmet Friars and ex-Bohemians man, Peter McMahon.

The 2013/14 campaign will also mark the first full season of striker at Gary Twigg at Shamrock Park, who did not feature for the club until January of last season.

With three seasons as the top goal scorer in the League of Ireland during his time at Shamrock Rovers, if Twigg can re-create his clinical goal scoring touch like he did down south, perhaps Portadown could have an outside chance of mounting a title challenge.

The new 2013/14 NIFL Premiership season will get underway on Saturday 10th August with the opening fixtures as follows: