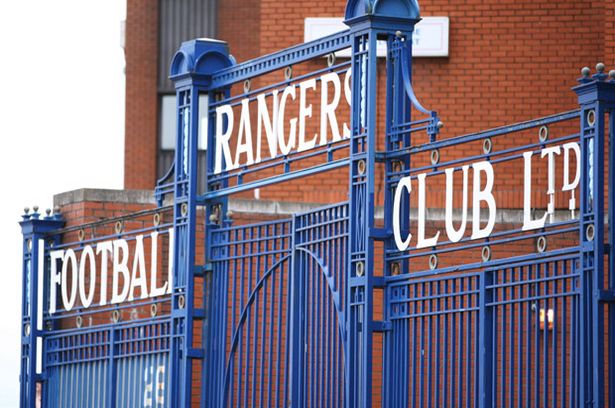 The recent downfall of the Scottish behemoth that is Rangers has been well documented, from spiraling debts to suspicious takeovers, the blue half of the ever famous Old Firm has definitely had it tough in recent years.

Now with hopes of a Rangers phoenix club playing in the Scottish Premier League next season all but dashed, the smaller clubs of Scotland might feel they have finally been granted that break they’ve been longing for.

What exactly that break is differs from club to club of course, for a club like Hibernian regular Cup success and even Champions League football is the aim. On the other side of the fence you have clubs like Ross County, who undoubtedly have far more humble ambitions.

Regardless of a club’s aims, the departure of Rangers from Scotland’s top-flight might be a godsend on the pitch, but its effect on the bank balance could be, scratch that, will be dramatically different.

Love them or hate them, Rangers have been one of the biggest clubs in the United Kingdom for generations, they have a worldwide following and millions of secret admirers scattered across the globe. With such attention comes money, be it finance from merchandise and ticket sales to cash from Television rights.

The SPL deal with the sale of its Television rights in a similar manner to the Premier League. Rights are sold as a job lot rather than on a club-by-club basis (Spain’s a perfect example of this), broadcasters will feel far less generous when it comes to bidding on TV rights for a league without Rangers.

Finances from broadcast right are split between each top-flight club, meaning that the smaller clubs are not priced out by bigger clubs in the same league. But now that Celtic are the only flagship team left in the league, things are starting to look very sketchy money-wise.

That last statement may seem rather harsh for you Scots reading, yes you have Hearts and Hibs, and to a lesser extent you have Aberdeen and Motherwell. They may be big clubs domestically, but outside of Europe, which is where the money lies, the only club that matters is Celtic.

Newco Rangers could very well see themselves playing football in Scottish Football League Division 1 or even 3 next season, which may make you think that the balance could be restored in the next few years but you have to keep in mind that the majority of Rangers’ roster have left the club for pastures new, meaning that they’ll be ‘just another SFL club’ next season.

The effects a lower-league Rangers could have on the SPL could be huge, you could very well get to a situation similar to that in Italy a few years back, where Juventus were playing in a lower league but still maintained the media attention of a Champions League club.

This may not seem that bad, but it could be disastrous for clubs outside of the Old Firm. A break away from the SPL’s ‘job lot’ TV rights deals could see Celtic and Rangers enjoy most if not all of the TV coverage while smaller clubs don’t see a penny of the cash and either sink down into the lower-leagues or stop trading altogether.

On the other side of the coin however, things are looking pretty good for clubs in the lower leagues of Scottish football, at least for the short-term.

Newco Rangers are most likely to rejoin club football in Division 3, a league that boasts crowds of between 150 and 300 people a game with virtually non-existent media coverage.

Each SFL league only has 12 teams, meaning each club plays each other 4 times in the league. Two trips to Ibrox and two Rangers visits will boost attendances hundred-fold, and will give these clubs, which for the most part are struggling, a huge boost not only money-wise but in morale.

The new-found attention and finances for these fourth-tier clubs will be short-lived however, things will eventually grow stale as Rangers supporters break away to watch bigger clubs or follow their team from home if their side don’t achieve successive promotions.

Then these lower-league clubs will find themselves in the same boat as the sides in Scotland’s Premier League and second-flight. Dwindling crowds, financial insecurity and lessened media coverage.

Just as the future of Newco Rangers looks uncertain, so does the future of Scottish football. Things may be looking up on the pitch for the SPL’s smaller clubs, but financially, which is the most important thing in football these days unfortunately, things are not looking good at all.