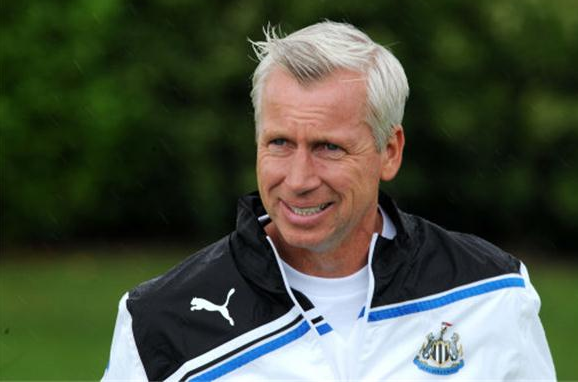 In late 2010, Football fans let out a collective groan on hearing the news that Chris Hughton had been replaced by Alan Pardew. Fast forward to the present and Pardew’s rejuvenated Newcastle side sit only a few points off fourth place. The question we have to ask is how did he do it? And, with Arsenal, Chelsea and Liverpool all vying for that last lucrative Champions League spot, can Pardew’s Newcastle really beat all the odds to finish fourth? Next season, could we see Tyneside’s famous black and white shirts facing off against Turin’s equivalents?

It seemed to be just another in a long line of highly questionable decisions taken by Mike Ashley’s board. Chris Hughton had returned Newcastle to the top tier of English football in style. In the first half of their first season back in the EPL, Newcastle appeared fearless, beating Villa 6-0, local rivals Sunderland 5-1 and high flying Arsenal 1-0 in the Emirates. Amazingly though, Ashley wasn’t impressed and Hughton was given his marching orders. The reaction was one of dismay; how could they sack Hughton? Not only had he performed admirably as a manager but by all accounts he was loyal, talented and a genuinely nice person.

In stepped Pardew, and although no-one felt any personal ill-will towards the former Crystal Palace player, it seemed people couldn’t wait for him to fail. In truth, people didn’t want Pardew to succeed purely because they felt that Mike Ashley, by now a universal hate figure, deserved to fail. Hatred of Ashley aside, most did fully expect Pardew to fall short.

Pardew had started his managerial career brightly. At Reading, his first job, he took the Royals from 2nd Division strugglers to a Division One playoff semifinal in a matter of years. At West Ham he started extremely promisingly. In 2006 the Hammers finished 9th in the League and, if wasn’t for some Gerrard heroics, would have won the FA Cup as well. The following year however, West Ham went on their worst run of defeats in over 70 years and Pardew was sacked mid-way through the season. Stints at Charlton and Southampton followed, both of which seemed to point to Pardew being a manager with serious limitations. Still, Ashley had seen something in Pardew, and despite a Sky Sports Poll revealing that less than 6% of Magpies fans wanted him to succeed Hughton, Pardew was appointed Newcastle boss on December 9th 2010.

As Newcastle were seemingly punching above their weight under Hughton, it appeared Pardew was on a hiding to nothing. Best case scenario, he could maintain Newcastle’s good form but would never be as popular as Hughton. Worst case scenario, a swift return to the championship, a level many felt more fitting to Pardew’s talents.

Pardew couldn’t have asked for a better start however, with a 3-1 win over Liverpool. (Carroll played a blinder in that game, probably adding 15 million or so onto his eventual price) They also beat Pardew’s old club West Ham 5-0 and made possibly the greatest comeback in Premier League history, drawing with Arsenal after being 4-0 down. Newcastle finished a respectable twelfth but it wasn’t till the off-season that Pardew really stamped his mark on St. James’s Park.

Newcastle’s bright start on their return to the Premiership was mainly credited to four players; Carroll, Barton, Nolan and Enrique. Carroll and Nolan had proved a real nuisance for defenders, Barton showed rare controlled tenacity and Enrique was one of the standout left backs in the league. Without these four the club would surely struggle. Amazingly, within 8 months of his arrival , Pardew had sold on all four players, yet still managed to improve Newcastle. Carroll and Enrique both went to Liverpool, Nolan dropped down a league to West Ham and Barton, the serial tweeter, joined QPR. The truth is, mere months after the foursome left, only Enrique would easily slot back into the Newcastle team.

Pardew built on Hughton’s two impressive young signings, Ben Arfa and Chiek Tiote, by adding a raft of young francophone talent. (Newcastle’s French connection has lead to French TV often covering Newcastle games) These types of signings were certainly influenced by Ashley’s desire to lower the wage bill by shipping off established players on large wages and bringing in young cheaper talent. But it is a system that has paid dividends. Talented attacking players like Yohan Cabaye, Demba Ba and Papiss Cissé, brought in for a combined total of £14.3m, have been shrewd investments, helping Newcastle maintain a consistent challenge near the top of the table.

Behind these talented forwards is a solid defensive line. The magpie’s backline, lead by the impressive Coloccini, and aided by the protection of defensive midfielder Tiote, has proven hard to break down. They still retain that directness that so characterised Hughton’s reign but technically gifted players like Cabaye have added a deft touch to their attacks. If Stoke play battering ram football and Swansea play tiki-taka, Newcastle are somewhere in-between, direct but with a measured touch. Although they’ve had some spectacular results – the 3-0 defeat of Man United springs to mind – their real prowess has been in grinding out results. Recently, they’ve had some results which suggested they are on the wane, being on the receiving end of 5 goals against Spurs and Fulham. But the Tynesider’s have been written off a few times this season yet continue to prove the doubters wrong.

When ‘big’ teams like Newcastle, West Ham, Leeds etc. are involved in relegation battles it certainly adds to the excitement factor. Rival fans revel in the ‘former glory’ struggling at the foot of the table. So it was when Newcastle went down in 2009. But in the end I think most agree that the premiership is a lesser competition without the likes of Newcastle in the league. And they’ve certainly provided great value since returning to the English top flight: their push for fourth has been a positive story in a Premier League season sullied by ugly narratives. Their run-in, including home games against Man City and Liverpool, and tough trips to London facing Chelsea and Arsenal, may well put paid to their hunt for Champions League football. But Pardew seems to be developing a sustainable model that can be built on in the coming years. It’s a far cry from the wild spending days of Ginolas and Asprillas but it’s keeping the St. James Park Sports Direct Arena faithful happy for now.