At a time when the League of Ireland is on the European stage, things should be at their most positive. Our teams are competing against some of the best clubs from the continent, often times, showing that there is some level of legitimacy to our beleaguered league.

Sadly, with our best foot forward in Europe, the same problems crop up in our league elsewhere. The problems I mention are, of course, of the financial persuasion. It’s well known that Athlone Town, Sligo Rovers and Limerick FC, for example, have all fallen on hard times this season. 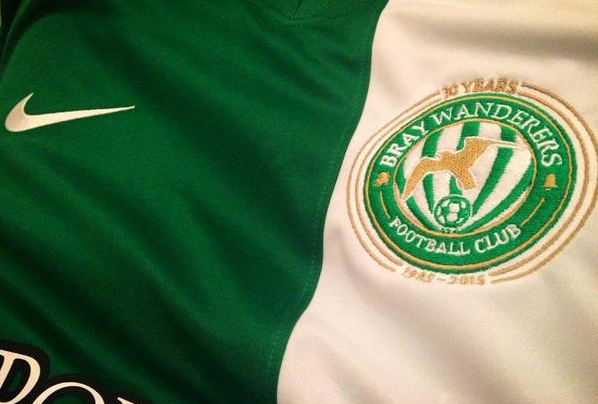 The story at the Carlisle rounds, by itself, is completely farcical altogether. Bray Wanderers are a club who have only just clung onto life in the Premier Division since they were promoted in 2004.

Bray were technically relegated in 2009, but, following Cork City’s demise were reinstated to the league, lucky them. However they’ve followed that season by being in the relegation mix almost every year after that and taking part in a relegation/promotion playoff against Longford Town in 2013.

While the club has struggled, for the most part, for over a decade in the Premier Division, 2015 has been one of their most trying so far.

At the halfway stage of the season, Alan Matthews, Maciej Tarnogrodzki and now Trevor Croly have all stepped down as manager. With the resignation of Croly Bray are now looking for their fourth manager in 2015.

Croly made it clear, when he was unveiled as manager that the problems which plagued Matthews’ tenure at the Seagulls had to stop.

He stated, at the time, “Players and everyone have to be paid [or else] I won’t be here. It’s that simple”. Last week a number of players were not paid on time and, sure enough, Croly left his position.

Regarding this issue, the Players Football Association of Ireland (PFAI) released a statement on behalf of the Bray Wanderers players.

The statement discussed the players’ disappointment at the late payments being made, finally stating that, “some players are considering their employment options unless there are drastic changes”.

In 2011 there was a similar situation with players’ wages at Galway United. However, the club held discussions with the players and made agreements and dealt with the issue head on.

As it happened, this was to the detriment of some of the players who were taken advantage of by the club. At the very least, however, there was contact between club and player.

The impression I get from the situation in Bray is that, not only is this not the first time wages have been delayed but that there is also a lack of communication between the board and their players regarding the issue.

With all of this emerging over the course of last week, many people were left scratching their heads with the announcement that Bray had signed Peter Cherrie, a player who won the League of Ireland with Dundalk last season.

This was very mysterious given the apparent difficulties Bray have had in paying their players but have managed to add a player of Cherie’s standard to their wage bill.

Of course, the chairman of Bray Wanderers, Denis O’Connor has done himself no favours with the players after comments made on RTÉ’s Soccer Republic.

On the show, he discussed the need to bring in strong players to ensure the club’s success. Whether he meant anything bad by the statement or not, all he managed to do was cause more damage to an already strained relationship between the club and its players.

It’s a shame that this is all happening in Bray. For a start, the team had clearly began to improve under Trevor Croly. For the sake of the fans as their club has limped from crisis to crisis over the last decade.

For the players as it is unacceptable that this type of breakdown between club and employee happens in this day and age.

Finally, for the league, as I mentioned, some of our clubs are representing us internationally while others are managing to bring our league into disrepute.