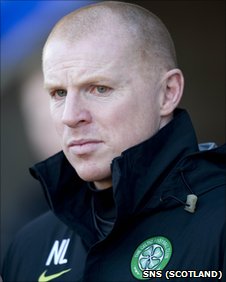 Two men, who sent parcel bombs to Celtic manager Neil Lennon, have each been sentenced to five years in prison.

Trevor Muirhead (44) and Neil McKenzie (42), both of the Ayrshire region of Scotland, hatched a plot to harm the Catholic former Northern Ireland international player, last Spring. This incident was one of many disturbing events that have been born out of sectarian tensions surrounding Glasgow’s “Auld Firm” clubs, in recent years.

The High Court, in Scotland’s largest city, ruled that the men had built devices in the belief that they would be capable of causing severe injury. Both plotters were originally charged with conspiracy to murder their targets, but a lack of evidence as to their exact intentions spared them a more severe sentence. Presiding Judge Lord Turnbull concluded that leniency was also required, in part, due to the impotent nature of the packages.

In a separate charge, McKenzie was also found guilty of posting a hoax bomb to Celtic’s East Dunbartonshire training ground. This attempt to strike fear into Lennon earned McKenzie a further, concurrent, 18 month jail term. The jury heard, bizarrely, that McKenzie had borrowed the idea of a hoax bomb from an episode of 80s TV show ‘The A-Team’. On this occasion, the parcel was intercepted at a sorting office in Kirkintillloch, on March 26th, after an attentive postal worker spotted a nail protruding from the package.

Muirhead was, ultimately, cleared of the hoax bomb charge, with an “unproven” verdict being made.

In sentencing, on Friday (27th April), Judge Turnbull described the actions of the two family men as “incomprehensible”.