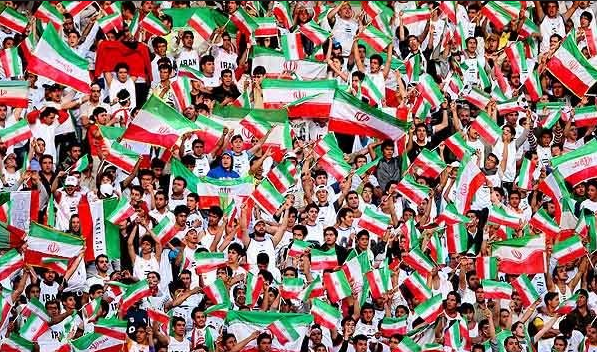 When Iran arrived for their last World Cup outing eight years ago in Germany, their reception was a lot more controversial than it has been this time around in Brazil.

Demonstrators all over the world wanted FIFA to block the Iranian national team’s entrance into the tournament due to the anti-Israeli stance and holocaust comments by the country’s leader, Mahmoud Ahmadinejad.

Although the governing body wouldn’t step in, due to FIFA’s desire to be a non-political body (which is quite an incredible joke, but there isn’t time for that now), there were protests planned in the cities hosting Team Melli until they left after two losses and a draw in a group containing Mexico, Portugal and Angola.

This time around, the stories surrounding the team are more interested in painting a picture of a mysterious squad, an “unknown quantity” and a regime back home which is hoping to hamper their efforts at every turn. Everyone must have heard about players being warned not to give away their shirts because the FA couldn’t afford replacements? The announcement by Carlos Queiroz that he will leave at the end of the tournament due to a lack of funding will also confirm people’s belief that the Iranian government disprove of the team even participating in a footballing competition, and will be delighted at their likely early departure.

However, as usual, the media seem interested in finding another “rogue state” at the World Cup and are determined to place a shroud of mystery over a team that really differ very little from the majority of other countries at the competition. The story about them being underfunded seems odd when you consider that their Portuguese manager earns a handsome £1.2 million a year, and the squad will be able to share a pot of £600,000 if they manage to get out of their group. It is fair to say that the Iranian national team doesn’t have the operating budgets of other competitiors (Ghana were allocated $20 million by their government for their campaign in Brazil), but replacement shirts can certainly be found.

It has also been widely publicised that Iran’s President, Hassan Rouhani, tweeted a picture of himself relaxing at home, with tea and pistachio nuts, watching Iran’s 0-0 draw with Nigeria. These hardly seem to be the actions of a government who would rather the country unrepresented at the World Cup, which remains one of the few stages that the country can still express itself freely and without sanction. In fact, the only way in which football has been restricted by the government was the insistence on cafes and restaurants in Tehran not showing live matches in case the large crowds cause public disorder.

The coverage of “rogue nations” at the World Cup is becoming something of a tradition, and Iran has followed in the footsteps of North Korea, who appeared in South Africa four years ago. When star striker Jong Tae-Se was seen crying during the national anthem before their first match against Brazil, we were told that he was threatened with death if the team failed – seemingly confirmed by the fact that three squad members had gone missing as soon as they touched down in South Africa.

After three defeats, the squad was apparently flying home to a dreadful fate which would see them kept at government concentration camps. All of it lies. Tae-Se can be seen crying before other international fixtures and is known to be an emotional individual, and the three “missing” players were injured and appeared in the team’s remaining fixtures.

All three North Korean games were shown live on national channel KTC with reports in the Workers’ Newspaper, as well as a highlights show of other games at the tournament in 2010 – and weren’t doctored as many predicted. Despite three defeats, none of the players were tortured or killed when they set foot in Pyongyang again, and the majority of the team turned up in Qatar in 2011 to compete for the Asian Cup, while those at European clubs returned in perfect health.

One of the major attractions of the World Cup is that spectators get to see players and national teams that they may never have seen before, and can learn about styles and cultures that they were previously ignorant to. Every World Cup has provided us with a debutant and every new entrant has illuminated another generation of football fans.

However, when a team turns up representing a country with a controversial political regime in place, people are determined to fashion their own image and history for them, usually with the aim of isolating them further. The beauty of international football is that it doesn’t come with the baggage of politics and history, and instead we can enjoy 90 minutes of football that only aim to express a mutual love of the game. Long may that continue.

One thought on “The (not so) mysterious Team Melli”