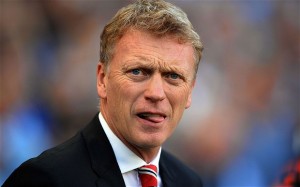 All of us suffer from sleepless nights; lying awake in the small hours, sweating as the cogs of our minds stutter under the strain of whatever issue is weighing heavy on us – mortgage repayments, the kid’s schoolwork, did I put the bins out?

And one can bet that in a small corner of the Cheshire countryside there have been more than one restless night over the past few months. While at night David Moyes’ may feel his synapses are being stretched over the rack and there is no exit to this labyrinth of failure, like most midnight crises dawn’s light provides clarity, solace and, most importantly, answers.

This article will attempt to provide a plan for Moyes’ team for next season – a blueprint if you will. And for whatever issues may exist off the field at Manchester United, this article will ignore those – mainly because we are not privy to all the facts – the one thing we can make a judgement on is the team.

Whilst the question about Moyes’ appointment rumbles on with no sign with abatement this article will make the assumption that Scotsman will be Manchester United manager next season – a view I subscribe to for a number of reasons. We will also make the assumptions that firstly the team needs drastic improvement, and secondly that there is money for Moyes to spend – something that I would be less certain of, but nevertheless I’m generously gifting Moyes a transfer kitty of £100 million or so.

So without further preamble.

This is a position where David Moyes can rest easy. David De Gea’s form this season has been one of the few high points in a bog of disappointment. At a meagre 23 years old if kept fit and happy the Spaniard can be Manchester United’s goalkeeping rock for well into the next decade. And in Lindegaard Moyes has a young, fit and willing understudy to keep the competition for number 1 at a healthy level.

This is where Moyes will encounter the most workload this summer. The first-leg draw versus Bayern Munich was one of the home side’s best performances of the season – particularly from a defensive point of view. Yet this also raises a pertinent question; given that the defence featured Ferdinand and Vidic – both of whom are leaving the club at the end of the season, and would have featured Patrice Evra had he been available – another scheduled for a summer departure – what, then will Manchester United’s defence resemble next season?

In central defence things may not be as bad as forecast. In Johnny Evans Manchester United have one of the most underrated central defenders in the Premier League. Add to that Chris Smalling and Phil Jones – both whom have suffered from the shadows cast by those leaving in the summer, particularly Jones who was shunted to defensive midfield – and one can see the makings of a solid core. 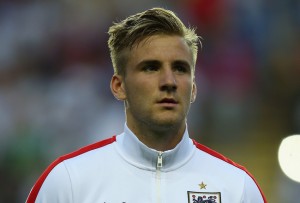 The position of left-back may provide an altogether more pressing matter. Whilst Alexander Büttner put in a rightfully acclaimed shift facing down Arjen Robben mid-week his long-term suitability is equally acknowledged, his development has stalled whilst waiting for his chance behind Evra. An attractive and all-round more exciting option may be the acquisition of Luke Shaw from Southampton. It is no secret that ‘the saints’ love nothing more than having their resolve tested, and Old Trafford can fully expect Chelsea to have their say. But £20 million or so should be enough to secure the future England left-back.

On the other side of the defence a question mark still hangs over Rafael. At times he seems to be close to fulfilling his promise, yet with maddening regularity his mentality lets him down, at times he could not look further from the studious consistency of Neville and Irwin. I suspect Moyes will give the young Brazillian a season’s chance. But if the Scotsman decides otherwise he could do worse than return to his old club to pry away Séamus Coleman whose form had been consistently impressive.

The failures surrounding the signing of Marouane Fellaini are well documented. But whatever about an extra – and unnecessary – £3 million, the fundamental truth is that he was the wasn’t the player Manchester United required. This season there have been seldom instances where the midfield has looked anything other than lightweight; lacking a physical presence to fulfil the dual roles of protection and domination.

With a £100 million transfer kitty Moyes will do well to stuff half of it in a suitcase and get on the first Ryanair flight to Turin. I’ve written before about the epic mistake that Ferguson made in letting Paul Pogba leave for Italy, he could have been the rock around which a new dynasty was built, yet a mix of mismanagement and brinksmanship meant the youngster left in fairly acrimonious circumstances – but a contract on the upper end of the Old Trafford pay-scale may be enough to wash the nasty taste from the Frenchman’s mouth. In all honesty the resigning of Pogba is a long-shot but one worth at least trying. 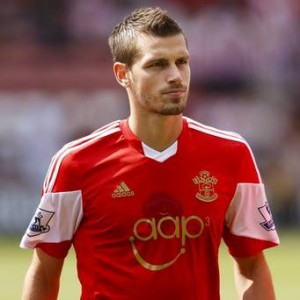 However if, as expected, Moyes returns from Italy with little more than a tan and one of those huge duty-free Toblerones then perhaps another wee venture down to the south coast of England may prove a more fruitful. Whilst Southampton’s offensive cogs have been attracting plaudits and booking seats on various ‘planes’ defensive midfielder Morgan Schneiderlin has been a solid and tenacious rock for ‘the saints’ this season.

At 24 the acquisition of the Frenchman would provide a long-term solution to Manchester United’s midfield problem, something Southampton fans reading this will be less than happy to hear – but hey £35 million for Schneiderlin and Shaw might just ease their pain.

Does United’s midfield need further investment? In my opinion probably not, Carrick will flourish once afforded proper protection and Tom Cleverly, so maligned by his own fans this season, will relish the chance to play in a position he hasn’t been simply crowbarred in to.

This area of the pitch is perhaps where Manchester United appear most healthy, and certainly looking at the resources at their disposal they certainly have the potential to be one of the most competent attacking units in the Premier League, if applied in the right formation.

Patently the attacking options at Moyes’ disposal have not been utilised to maximum effect which has contributed to a late amount of the criticism heaped upon him and the undermining of his tenure. Yet one fell swoop could go a long way to fixing United’s impotence and stamp his authority on the club still haunted – physically and metaphorically – by the previous king. And that fell swoop? Sell Robin Van Persie. 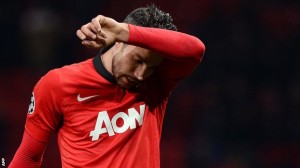 The notion of selling a player who contributed so much to the league champions previous campaign may seem illogical, even perverse, but his presence in the team this year seems to disrupt more than it enhances the investment in Wayne Rooney’s contract necessitates that he is played in the most effective position which is leading the attack; anywhere else – say in a deeper role – disrupts his game and the game of those around him.

Van Persie isn’t get any younger, or for that matter fitter, the time is right for Moyes to move on Ferguson’s last ‘big’ signing and, as a result, move on the notion that anyone but himself is in charge at Old Trafford.

Of course the reality of the situation is often far more complicated than the solution I’ve plotted out in a thousand words, yet with this team Moyes would have the beginnings of a young team of winners to begin the slow ascent back to the summit of English football – and it will be slow – and almost as importantly play football Old Trafford expects. 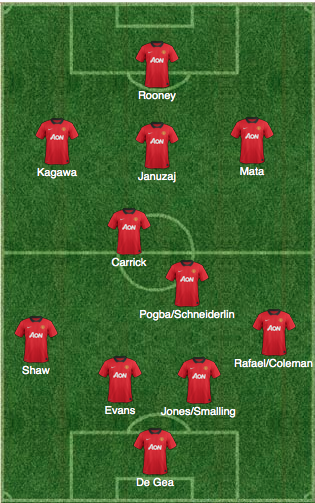 One thought on “Moysey – The Blueprint”