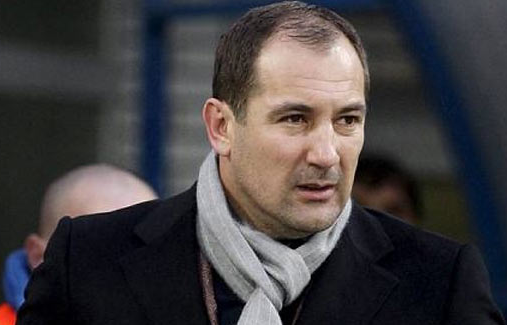 After a relative flop in the Euros this summer I was warned by a former colleague that there would be big changes in Croatian football.  No longer would there be a lack of guidance for young players, no longer would young stars be at the mercy of corrupt officials and clubs and no way in the world would the old guard continue to squander resources (youngsters) that could bring Croatia back to the top table.  He’d just had dinner with another of our former colleagues from Hajduk who was going to the HNS (Croatian FA) to make a case for radical overhaul of the youth development system.

Our former colleague had form as a coach, as we cantered to the 2004-5 title he replaced Bosnian Blaz Sliskovic at the end of the season to lift the trophy in front of adoring fans and he also had brief spells with NK Zagreb and Cibalia.  Igor Stimac was one of the easiest people to work alongside, for me, though many feared his temper if things weren’t done right.  Irish reporters who were in Ballsbridge in summer 2004 can remember how staff fled from Igor’s presence when the team bus was delayed in traffic and I was called to give him the bad news.  A man who could have easily starred in Gladiator simply hugged me and said, “We’ll get there.”  It was Igor who began the clean up of Hajduk Split’s youth system and suffered as a result, his appointment of Josko Spanjic (now assistant coach with Primorac in the 2nd Division) to head up the oldest age group paid off with better players coming through.

Our company were brought in to give reports on best practice and reporting to him directly I could see how he yearned for a system where there would be no nepotism, corruption or backhanders in the youth section.  It was the accepted culture where a local businessman would pay the head coach of the appropriate youth team so his little Neven or Duje would get a squad number.  Regardless of the ability of the youngster and whether or not he had the actual talent to play for the club, it destroyed the morale of other players.  The golden stars who rescued a bankrupt club, Stimac, Bilic, Asanovic, all wanted to make the club adhere to transparent and progressive standards.  They placed leading local professionals who could operate a functioning business into the upper ranks and attempted to curb the excesses of the Torcida, the hardcore fans who inhabit the north curve of the Poljud.  From the group Slaven went from Youth Director of the club to success with the Croatian Under-21’s and then onto the full International team before joining Lokomotiv Moscow this Summer.  Despite his success the stain of inappropriate relationships with agents has stayed with Slaven as he followed the accepted line of his predecessors of giving caps to players who then transferred to bigger clubs.  Igor stated clearly that this cosy relationship would not be part of his new regime and brought in Alen Boksic, Igor Tudor and Krunoslav Jurcic as assistants.  While a 2-4 loss in front of a paltry 12,000 in Split against a mediocre Swiss team didn’t exactly set the Vatreni on fire, the 2 goals by Eduardo bodes well and the good display from Ivan Rakitic is important as they enter a difficult period facing “blood enemies” Serbia, former countrymen Macedonia, resurgent Belgium and the difficult Scots and Welsh to qualify for the 2014 World Cup.  Igor’s challenge to re-invigorate his beloved Hajduk pales in comparison to what he faces now.  Having commentated on the National team now he finds himself in the firing line, the hunter is now the hunted.

And what of Hajduk’s youth system after the Golden Boys left?  In September 2008 I traveled as a favour with a colleague to co-ordinate the signing of his son to a youth contract with Hajduk.  The 15 year old was playing, then, for his hometown club of NK Janjevo Kistanje.  As a well-built left full back he had played the end of the 2007-8 season for the Senior team in the 5th Division and looked very at home.  An offer from a 2nd Division side had been turned down as he was from a Hajduk bloodline stretching back to his Grandfather, who traveled from Janjevo (ex-Yugoslavia) to follow his beloved White heroes.  The family had been evacuated from Kosovo in the late-90’s and settled in the cleansed village of Kistanje, where they became (and are still) known as Shiperi – Albanians.  Their ancestors had been drawn to the wealthy Kosovo province back in the 14th century and remained neutral in the late 20th century Kosovan conflict.  Petar, the youngster, was wearing an old Umbro Hajduk shirt as he and his Father arrived at the stadium.  We sat chatting in the cafe next to the club shop sipping bjela kavas/”white coffees” waiting for a club official to come get us for the signing.  A gentleman arrived, one I remembered from a boardroom incident before a league match with NK Zadar in 2004, a gentleman who had been roundly fired from the club when it emerged that the money being paid out for “good results” was being skimmed.  We shook hands, embraced and he called me the same thing he did the last time we met “this Irish, he’s too honest.”  He joined us, ordering a glass of rakija (domestic) and began telling Petar how good he was, how the club is excited about his arrival and how he’ll be a star.  I was on the edge of my seat, sensing what was coming next, I’d seen it with a 13 year old kid from Imotski 4 years earlier and watched as a supposedly very well regarded goalkeeper left with his parents in floods of tears.

Petar’s father sold his 12 year old Audi and took the money the family were saving to make the 2nd floor of their home (which originally had no roof thanks to creative Croatian soldiering in 1995) inhabitable, and returned the next day.  He paid 55,000kunas (just over 7,000euros) to ensure that his son would wear the sacred white shirt.  What I’d seen almost wiped out 4 years earlier, was now back in play and more expensive, by 50%.  A refugee of war had paid to sign for a club he’d been born to support and everybody thought it was normal.  In June 2009 Petar’s family were not in a position to pay the new fee and he left Hajduk having played outstandingly for his youth team and catching the eye of foreign clubs at a tournament in Slovenia.  Petar joined his home club NK Janjevo Kistanje and played the 2009-10 season in the 5th division where the village team had to forfeit 3 matches due to lack of players, he messaged me on Facebook in July that year when I was on contract in the Med.  He asked for help as he felt like he was going nowhere.  I got him half a season with a 2nd Division club in Malta before getting him home to sign for one of the more unusual Croatian semi-pro sides, Zagora Unesic, where he is still signed today.  If he gives it a good rattle in the 3rd Division he could just catch the eye of a club further up the chain and break through, for his position age is on his side.

While financial corruption is endemic in Croatian football (the odd case of NK Karlovac can be referenced) it is at the base level where it hurts most.  Results known and accepted in advance hurt less than the damage done by corrupt club officials who charge parents a fee to sign for a prominent club.  Look down the ranks of club youth sections in Germany, Austria and Switzerland and you’ll find young players moved by their parents in the hope of success.  They’re not bought and paid for by the clubs, rather they move the family up to give their young sons a better chance at a pro career and fair play.  The Croatian FA have committed themselves to staunching the flow of talented youngsters who may well feel that the dream sold to their parents by Franjo Tudjman of a Greater Croatia may well have been just that, a dream.  If Igor can force the rulers of the sport in Croatia tackle this loss from the domestic game of talented youth, then the World Cup in 2022 could well be a realistic aim for a country that too often flatters to deceive.  If anyone has the strength of heart and sinew to make this happen, then Igor and his group of assistants can.