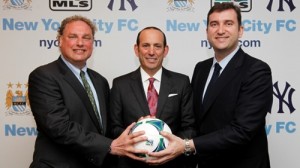 In Major League Soccer, it is not uncommon to see new franchises becoming part of the league on a regular basis with new markets across the US being tapped into. MLS has grown from consisting of 10 teams back in 1996 to 19, including three in Canada. In 2015, that will become 20 as Manchester City’s / New York Yankees’ birth child New York City FC will enter in the aim of growing soccer in New York by creating a rivalry between themselves and the Red Bulls.

Rarely has expansion gone wrong. Out of the 12 teams which entered the league through expansion, only one has folded entirely (Miami Fusion in 2002) and another still in existence which is in desperate need of either re-branding or relocating (sorry Chivas USA fans!). Not a bad success rate overall. The aim set by Commissioner Don Garber is to have 22 teams by 2020 – there will be 20 by 2015. So, who will be the next big two organisations to join the league by then? The re-emergence of the New York Cosmos into America’s top flight division looks increasingly unlikely with the NYCFC announcement meaning there are two clear front runners, of which both are based in Florida.

If you have been wondering what David Beckham has been up to since his retirement then this is it. After Bolivian Billionaire Marcelo Claure and his bid for an expansion team in Miami back in 2011 went belly up, he has since been looking for an opportunity to start again. That opportunity looks to have arrived in the form of David Beckham whose contract with LA Galaxy has a clause whereby he could buy an MLS franchise for a discounted price of $25 million. Even better news for Claure. Beckham has been pictured visiting Sun Life Stadium and FIU Stadium as potential grounds as well as a Miami Heat game with Claure for what was called ‘exploratory talks’ between the two. This looks to be a major development in the attempt to bring a team back to South Florida, but the word ‘back’ is the key word. 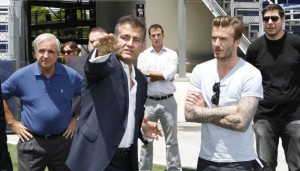 Many feel that bringing a franchise to Miami would only mean a repeat of what happened to Miami Fusion in 2002. An expansion side which closed down within four years of its existence as the owners lacked the financial resources whilst even asking the league to help them out with expenses. Attendances were poor too with an average of 9,403. Fort Lauderdale Strikers (who currently play in NASL) would undoubtedly be angered as they would become a forgotten team against their MLS counterpart. However, opposition to this is that things have changed. Beckham and Claure clearly do have the financial resources to run a franchise and Claure’s experience with owning Bolivar already would surely help. The issue of attendance would also not be major. Many in South Florida feel that there was a big boom in popularity for Soccer after the 2002 World Cup and has been rising ever since, even though this was only months after Miami Fusion ceased operations.

What is for sure is that Beckham would be back involved in MLS and where he goes, many follow. Even if a Miami expansion was to happen and it did flop, Beckham’s involvement would mean exposure for MLS, for better or for worse. 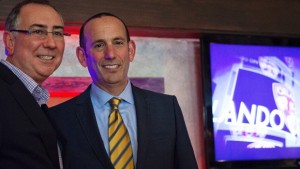 Orlando City Soccer Club have been pushing for expansion since 2010 and are currently the hot favourites to be the league’s 21st franchise. The USL pro side (third tier of American Soccer) have been in constant discussion with Don Garber over the possibility of expansion ever since owner Phil Rawlins stated his intentions of joining the league. Orlando’s tireless determination and willingness of becoming an MLS franchise has led to the purchase of land for $8.2 million in the hope of constructing a $110 million MLS Soccer Specific Stadium – a compulsory requisite for entering MLS. However, partial state funding for the stadium was rejected in May 2013. Rawlins since then has expressed his intent on finding alternative methods of funding.

Expansion into Orlando would be great for an organisation who has only been in existence since 2010. On the pitch, Orlando SC are the two time reigning USL Pro champions with that feat expected to become 3 at the end of the 2013 season. Impressively, the Lions this season reached the US Open Cup quarter finals, knocking out MLS outfits Colorado Rapids and Sporting Kansas City on the way in real statement games. Attendance wise they achieved the highest average in 2012 of 6,900 whilst attracting higher numbers for high profile friendlies against the likes of Newcastle United (who they beat) and Fluminense. There is clearly the interest in Orlando but is there enough for making the step to expansion? The fact that Orlando did not receive state funding raises questions over whether there is enough public support for the move. Also, the interesting question arises if Orlando City would be able to generate a solid, hardcore fan base instead of one which fluctuates throughout the year when tourists look to see a couple of games after visits to Disneyland. Weather could be another factor as the heat and humidity may drive fans away. 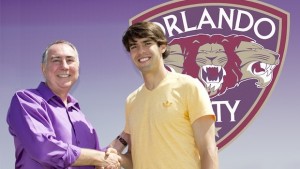 On a side note, Head Coach Adrian Heath stated that if Orlando City were to be a part of MLS by 2016 then Kaka would be their first designated player signing (due to the Brazilian’s close ties to part owner Flavio Augusto da Silva and his apparent desire to play in USA). Surely that’s something that the team, the league and the fans would all love to see.

MLS expansion always gets Soccer fans in America talking. Expansion is a healthy way of growing MLS as regional growth translates into national growth thus resulting in larger television deals and international popularity. Expansion is what makes MLS unique from any other league in world football and when successful, the results tend to be pretty exciting.