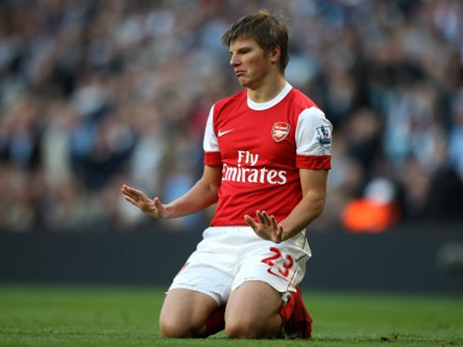 In the six years I’ve mainly been based in Russia, it’s very often been asked of me “Why can players from Russia not hack it abroad?” Initially I found it quite insulting and pointed out that there is more to life than the sky leagues, however by now I’ve begun to run out of excuses. The list of complete failures, partial successes and survivors are numerous out of Russia. I would love to go into a deep description of the terrible system of youth development here (which makes Ireland and England look top class) though it’s more than that.

I could point out to the fact that for a small 2 nd Division (3 rd tier) club in Russia a half decent player can pull down a full-time contract in excess of €2,000 per month with free accommodation and eye-watering bonuses (like €500 for a win). Yet that would be too simple and archetypal. Archetypal too would be to blame lack of language skills, poor education, overbearing family, small town hero mentality, lack of self-belief and it is too simplistic altogether to say the players are lazy. If it could be so easy then clubs would get their acts together and churn out quality players for sale to clubs across the continent. Russia and the former Soviet states should be represented at the top level in every league given the populations and history of achievement.

There is the issue of Russian players being too insulated by clubs with their will broken from an early age, along with the desire to improve themselves. While Irish players strive to make the leap across to Britain, those who fail will very often stay in the game and a growing portion look to return to Britain once they’ve rebuilt at home. Additionally Irish players still make the trip over to the USA on scholarship and many have carved lives for themselves after University in America. There are very simple points that discourage scouts from visiting Russia (apart from visa, weather and lack of competition). Here I’ll address the three most pertinent ones.

The Ivan Drago rule guides us roughly to the issue of physicality, or lack of. While diving and other forms of gutless cheating are found far and wide, Russia is no exception, the ability for Russian (and ex-USSR) players to use body strength in their play is sorely lacking. Being able to take constant hits and keep going is an issue when the lack of deep stamina leaves talented players only able to survive at a high pace for less than half a game. Having been pumped up (by nefarious means) in Rocky IV, Drago was driven to madness by his coaches play by numbers advice, when he finally broke free and went toe-to-toe it was too late and the body punching from the US Champ left him without the lungs to go on. Andrey Arshavin found that being undoubtedly brilliant isn’t enough when a clogger sticks the boot in for 60 minutes, over the course of a season, the body just can’t go on.

Without commenting on family make-up, most grown-ups in the former USSR are the products of same sex couples: Mammy and Granny. Bound tightly by the Mammy to her kitchen table and then after by a local girl to the city, very few players wish to leave the nest when they have it so good at home. Why struggle to learn to cook or be without a soft chest to lay your head on after a kicking in Kidderminster, when you can sit with friends and your “devochka” in a café smoking hookah, or have Mammy make you “blini” (pancakes) on a snowy Spring day. I left home fully before my 22nd birthday and haven’t looked back, it was easy as I’d been cooking, cleaning (at times) and taking care of myself from my mid-teens. It’s an exception to the rule to do the same here.

Clubs from youth level up need to take responsibility for this one. When players become senior internationals without having received a diet sheet or advice on nutrition, you know there is a systemic failure. True, clubs can only do so much to ensure players take care of themselves, but they can exert greater control if they wish and educate players on what they need to do. Preparing players correctly is an issue in all sport, it’s an issue in life. Too often clubs in Russia and other ex-USSR countries are prepared to damage player’s development by leaving them as they are. A small light skilful player won’t be offered advice on strength as they don’t believe in him and themselves enough to get to a higher level. An alcoholic is nurtured through a vital period of the season only to be dumped, for his drinking, when the club sign a better player. The prevailing mentality in sport here was illuminated by the Russian National Junior girl’s tennis coach who told me: “Give me dumb players, they just do and not ask questions.”

A conundrum is how to eliminate all the factors and get more Russian (and ex-USSR) players to improve themselves and from this their national leagues and teams. Of course the Football Authorities can give guidance and clubs can focus on developing players correctly, though it counts for nothing if the players themselves can’t grow a pair and look to improve themselves. What good are diet sheets when Granny tells you it’s not as good as her oily plov (rice meal)? Why leave your 2 nd Division life in Voronezh behind to spend a year in Ireland when your girlfriend realises that your $2,000 a month goes further (when it’s paid) there than the €1,000 you’ll get in Bray? Do you really want to take a chance of falling off the production line at home for a tough half or full season in a foreign land, especially when your self-confidence has been largely stripped from youth? It takes an exceptionally tough and self-confident player to make that step and even moreso to succeed.

The 2018 World Cup was won, according to the Russian authorities, to shine a light on Russia and Russian football. Come 2017, that light might be a little too harsh for local eyes if the underlying sporting and societal problems remain.

One thought on “Mission Impossible – can Russian players survive abroad?”