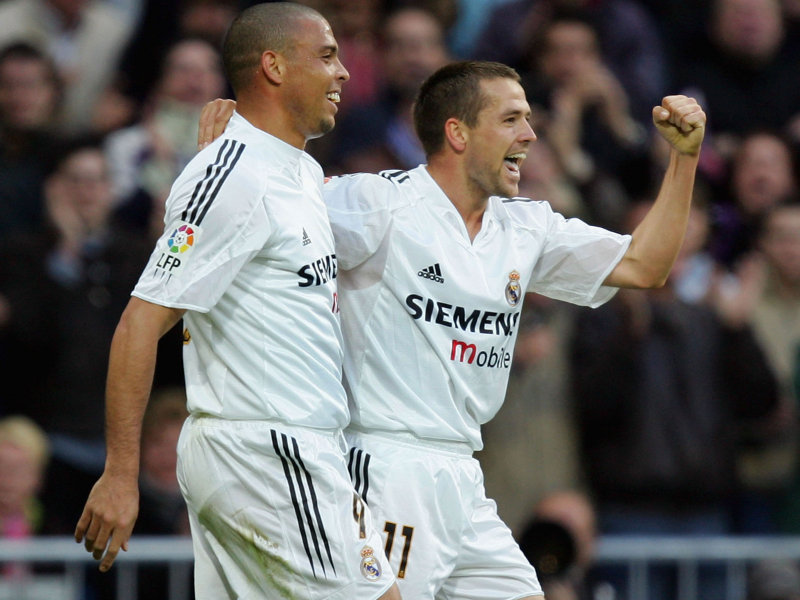 Following Michael Owen’s unsurprising announcement that this season will be his last as a professional footballer, today has been an excuse to reminisce about the man who, by his own admission, “shook the world”. Twitter has been gushing with praise and memories all day, from his fruitful debut on the red side of the Mersey, past the mouth-watering prospect of a strikeforce partnership with Alan Shearer at Newcastle, to his last-gasp winner in the Manchester derby. One noticeable absentee, right? (Nope, not ‘dem Potters).

Whenever I hear about Michael Owen, his year at Real Madrid is often overlooked, or preluded with the words ‘flop’, ‘mistake’, and other general cusses from disgruntled Liverpudlians. But can we actually gauge Owen’s time at the Santiago Bernabeu as such a blot on his otherwise lauded career?

Owen and his seemingly unstoppable talent had seen him rise from obscurity to one of Europe’s top talents at Liverpool. During eight seasons at Anfield, Owen won the FA Cup, two League Cups, a Community Shield, the UEFA Cup and Super Cup, whilst on a personal level collected the prestigious Ballon d’Or, two Premier League Golden Boots, and PFA Young Player of the Year to name but a few. So it came as a surprise to the Liverpool faithful when contract talks stalled with a year remaining. Liverpool’s failure to reach the Champion’s League in the 03/04 season was reportedly a factor in Owen’s hesitation, and despite an immediate return to European heights with a fourth placed finish ensued, Merseyside’s pride made the move to Spain in August 2004. Real Madrid parted with £8m for his services, but his broken relationship with the Kop cut a deeper cost.

But who could hardly blame him for moving when you look at Real’s squad roster for the 2004/05 season. Raul. Ronaldo. Zidane. Figo. Roberto Carlos. Guti. Beckham. Woodgate (what?). Owen was in good company, and faced stiff competition for a starting berth. Greeted by club legend Alfredo di Stefano and promptly handed the number 11 shirt, Owen’s baptism was certainly one of fire. Confined to the bench for the most-part, the Englishman broke his Madrid duck in October 2004 against Dynamo Kiev, and having found his scoring boots, added another four to make it five in seven consecutive games.

Come season’s end Owen had 13 goals in 35 La Liga appearances, of which 15 had been from the substitute bench, and had notably found the net against Real’s rivals Barcelona and Valencia. He scored a further six in other competitions, but the most telling statistic was that Owen had averaged a goal every 110 minutes, making him the most proficient player in Spain on a goals-to-minutes ratio. Conversely, Raul was scoring a goal every 344 minutes – with four in 17 matches.

Owen faced probably the greatest challenge of his career in attaining the same levels of respect and love from the Los Blancos fans as was afforded to the world-class Ronaldo and club legend and captain Raul, let alone dislodge the stars from the starting lineup, but his goalscoring prowess could not be denied. What many people also fail to remember is that club president Florentino Perez went through three managers during Owen’s one year tenure at Madrid, and to continually perform for the greatest team in the world under so many different regimes is nothing to be scoffed at.

Ultimately, as many a modern Englishman has found, the grass abroad tends not to be greener than the pastures of Blighty. The language, culture, and lack of playing time contributed to Owen’s departure from Spain a year after his arrival. Madrid’s decision to purchase Robinho and Julio Baptista, as well as the emergence of one Wayne Rooney in the national set-up convinced Owen that if he wanted first-team football he’d have to leave his Bernabeu home. And thus, after pocketing more than double the fee they paid just a year prior, Madrid agreed to sell Owen to Newcastle United, and he returned home.

“When it came down to Real Madrid or Newcastle, there was no question in my mind… I want to play football. I love the Premiership – I’ve missed it while I’ve been away…” he said after his signing for the Toon. His use of terminology suggested he felt like he’d been on holiday, away for a short period with the intention of always returning to his Premiership ‘home’.

But with 19 goals for the then-greatest team in the world, should Michael Owen’s fleeting Spanish spell be disregarded as a holiday siesta? Not by any standard.

2 thoughts on “Michael in Madrid: A Spanish Stigma”