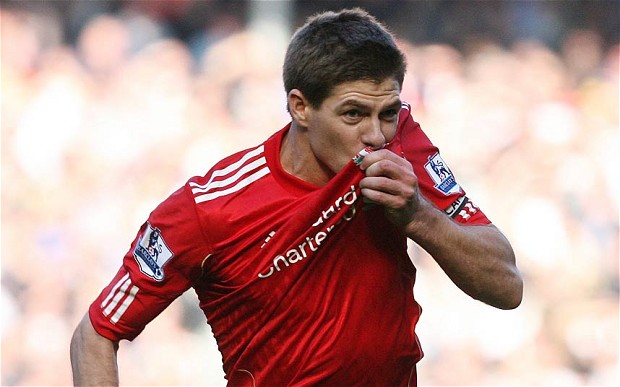 Last week brought about mixed fortunes for both Liverpool and Everton, as domestic form seemed to suffer while both Merseyside clubs chased European victories.

Liverpool returned to the Champions League with a bang last Tuesday, defeating Bulgaria’s Ludogorets Razgrad 2-1 thanks to a late Steven Gerrard penalty, and Everton were hugely impressive in defeating Wolfsburg 4-1 on Thursday.

Both teams failed to back up their European form with a Premier League win though, and they both suffered shock defeats at the weekend at the hands of West Ham and Crystal Palace respectively.

Having also failed to shine in the Capital One Cup this week – Liverpool beat Middlesbrough on penalties and Everton were hammered 3-0 by Swansea – it is time that both teams pulled their socks up ahead of the Merseyside Derby on Saturday.

When Liverpool and Everton met last January, the Reds were in the midst of an unbeaten run that would see them push Manchester City all the way for the league title, whilst Everton still harboured hopes of finishing in the Champions League places. Liverpool came out of that game 4-0 winners after a fine display – including two goals from Daniel Sturridge – but there was more than just local pride at stake.

The two teams were amongst the best in the land, battling for silverware and playing some of the best football in the Premier League. After the start that both clubs have had to this Premier League season it is hard to imagine that Saturday’s game will count for anything more than bragging rights come May.

Liverpool are currently down in 11th place having lost three of their opening five games, including a sloppy 1-0 defeat at home to Aston Villa. The Reds have, at least, picked up six points from two wins whilst Everton have only one win and two draws to their name – currently sitting in 14th place.

For both Liverpool manager Brendan Rodgers and Everton boss Roberto Martinez it is clear where their problems lie – Liverpool have failed to take their chances in front of goal and Everton – who have conceded 13 goals in their opening five games – have been far too slack in defence: something has to give on Saturday.

Everton may recall the stoic, organised defence that they became famous for last season or Liverpool might rediscover the goal-scoring habit that has so often eluded them since Luis Suarez’ departure; Betfair currently have Liverpool as favourites for the contest and given that the match is at Anfield, home support could prove vital for the Reds.

Liverpool are 10/11 to win on Saturday, while Martinez’s men are at 10/3, but the boys in Blue always step it up a notch against their local rivals, so it is sure to be a fiery encounter. Either way, the clash promises to be hugely exciting and it could prove to be the kick-start that both teams need in the Premier League this season.