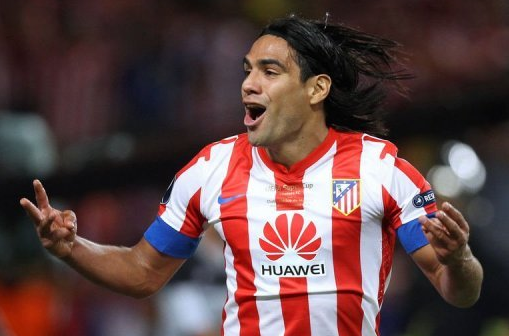 With the end of 2012 fast approaching and the busy festive period soon to be upon us, English Premier League clubs will be hurriedly composing their list of potential ins and outs as January welcomes the crazy carousel that is the mid-season transfer window. Scouts will be clocking up motorway miles, managers will be watching DVDs and chairmen will be compiling their budgets in preparation for the annual madness. Here is a list of some of the names we can expect to see in all the transfer gossip columns:

The last 18 months have been a period of growth, not only in talent but of reputation for the youngster currently learning his trade in South London. His progression has brought him recent full international honours as well as a place at the top of many Premier League shopping lists. Palace are likely to set an over-inflated asking price in the region of £15 million which may scare off several suitors. Likely destinations will be North or West London.

The Colombian striker is the hottest property around after his successful spell at Porto led to an even more eyecatching period of form in La Liga for Atletico Madrid. Currently banging the goals in on a regular basis and as such will be a target for Europe’s giants hoping to prise him away from the Vicente Calderon. A long time link with Chelsea could amount to a bid of £40 million from the European Champions who could be looking to offload Fernando Torres in the opposite direction. Expect to see Falcao lining up at Stamford Bridge sooner or later.

The England international has endured a frustrating time at Chelsea and with the possible addition of Falcao to the striking options his chances for regular action will be further dented. A previous loan spell at Bolton Wanderers proved successful for Sturridge and a similar loan move should get him first team football in the Premier League. A permanent move may happen next summer.

After his big money move from Sunderland  in the summer of 2011, big things were predicted for the England midfielder, as then Liverpool boss Kenny Dalglish looked to spark a revival in the Reds’ fortunes. Unfortunately the form which persuaded Dalglish to take him to Anfield never materialised and under new manager Brendan Rodgers he has fallen further down the pecking order. It is likely that the club may want to cash in on an asset that will still have some value as they look to raise funds to improve their forward line. Possible options for a permanent or loan move could be a return to the North East with Sunderland.

The former starlet, regular international and Championship winner has seen his career nosedive since serious injuries and his departure from Chelsea. The move north has not been a happy one for the Londoner and he spent last season on loan at French club Lille. His sporadic appearances for the Reds this season have been greeted with criticism bordering on derision. Liverpool will be keen to get his wages off their books so expect another loan move for now and his permanent departure in the summer.

The Scotland international has been a consistent performer for West Brom for sometime, but this season under the impressive start made by new boss Steve Clarke, Morrison has progressed to another level. An all action player, he is also proving to be a threat in the opposition penalty area. It would be no surprise to see teams such as Liverpool and Newcastle readying their chequebooks to tempt him away from The Hawthorns.

One of the standout performers of the Premier League campaign so far, the giant Belgian has shown great versatility, acting as midfielder and second striker for the Toffees in their good opening to the season. David Moyes will be hoping he can keep hold of his star man as he is crucial to Everton’s chances of reaching the top 4 and Champions League qualification. Although a move to one of Europe’s top clubs is inevitable in the future and speculation will be rife, Fellaini should still be wearing the Royal Blue until the summer at least.

The Senegalese striker has been a hit on Tyneside ever since his free transfer move from West Ham in 2011. A regular goalscorer and handful to opposing defenders, his qualities will be much in demand at home and abroad. A reported £7million get out clause in his contract could be activated by several clubs in the transfer window. If the contract offer was significantly better than his current deal, Newcastle could conceivably lose their top scorer.

One thought on “Men on the move”