This week, much to my previous expectation and fear, Steve McClaren was appointed as manager of Queens Park Rangers, replacing Ian Holloway on a two-year deal.

My initial doubt in McClaren’s appointment however has been tainted by the club’s Director of Football, Les Ferdinand:

He has a fantastic reputation in the game for developing and coaching players. When you look at the average age of our squad, and the exciting young talent starting to emerge, he is the perfect fit for us.

QPR finished in 16th place this season, two places higher than the previous. Holloway achieved this on the club’s tightest-budget seen in recent years but the former QPR midfielder managed to find ability in the clubs own youth ranks, developing several into competent first-team players.

Boasting one of the league’s youngest squads then, is McClaren the right man to take this particular set of players to the next level? 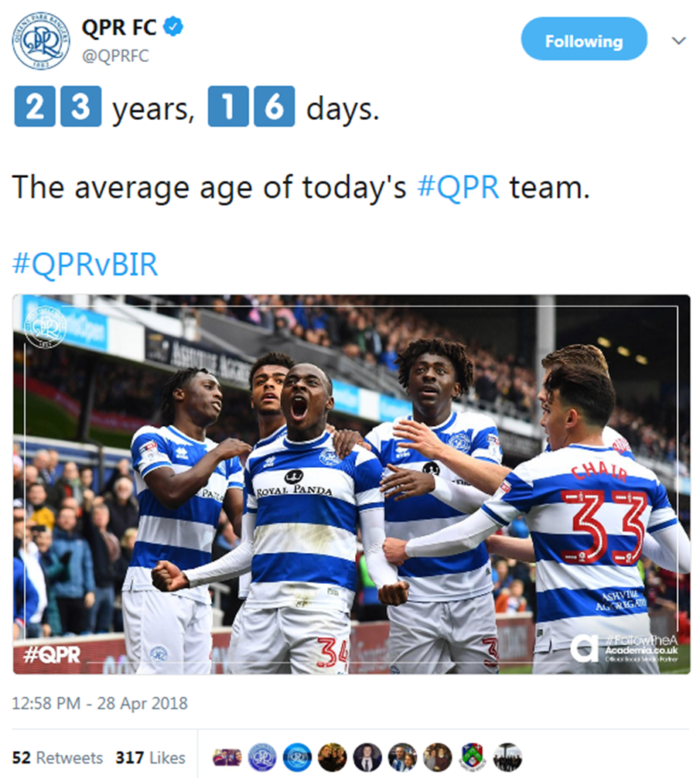 His appointment was met with genuine sympathy from some Twitter users towards QPR fans, most of whom supporters of Nottingham Forest, Newcastle United and Derby County.

Though for a man who has mustered just 168 games in his last four managerial jobs in England (Forest – 13, Derby – 95, Newcastle – 31, Derby second appointment – 29), he still finds himself as a consistent front-runner in any managerial race in the Championship.

On the face of it, it’s an unimaginative appointment from Tony Fernandes who repetitiously states his dream of consistent Premier League football at QPR, but continues to divide fans with his managerial choices.

That ‘dream’ seems more distant with each passing season and many expect yet another, but despite my early disappointment with McClaren’s appointment, I am starting to believe that this squad could indeed flourish through the coaching abilities of McClaren.

Steve previously enjoyed three months at QPR in the 2013/14 Championship season as a first team coach to then Harry Redknapp’s QPR, before leaving to take the Derby County job for the first time.

You might be interested to know that, in the nine games QPR played with McClaren as coach, they won seven of them, and drew the other two. 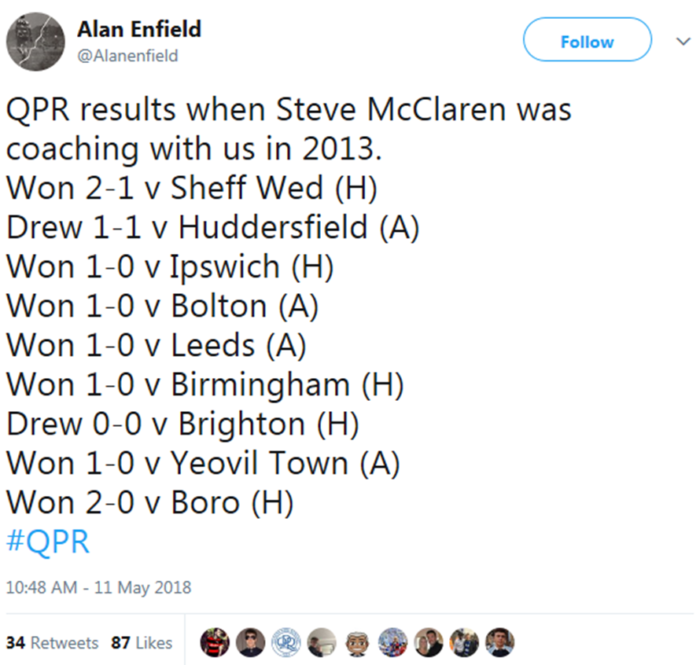 Redknapp guided QPR back to the Premier League that season via a memorable Bobby Zamora goal in the play-off final.

The influence of McClaren that season, albeit for only nine games, would’ve helped set the standard of football at Loftus Road for that season, and he even managed to help us on our way back to the top flight as it was his Derby team they beat in the play-off final.

Every job is a coaching job – developing and making players better – but especially here where the budget’s not so big. Money’s tight.

With the funding at QPR set to be on cautious for another season, it becomes even more important that the emerging youth talent at the club is not only developed by McClaren, but done so in good-time.

Also vital for QPR is that they add some experience to their squad over the summer. I wrote some time ago that whilst having a young squad is nice, you run the risk of losing games through a lack of experience on the pitch.

With the likes of Nedum Onuoha, James Perch and Jamie Mackie all leaving come the end of their contract, it leaves void of knowledge in the QPR dressing room.

The next stage over the next year is to move forward, add experience and if we do that we can progress.

Despite the tight funds available to him though, McClaren is keen to replace the lost experience at QPR, and has already been linked with moves for former players in Forest’s Jamie Ward and Derby’s Chris Martin.

Elsewhere on Twitter, fans are calling for the signing of West Ham defender James Collins, whose contract runs out next month.

Holloway said this week that we was ‘bitterly disappointed’ to be asked to leave the club by Tony Fernandes, but believes he has left the squad in a better state than what he found it in and McClaren has said himself that he has left the club in ‘good shape’. McClaren goes into the club with the foundations pre-laid.

The blend of youth and experience needs finessing, and McClaren needs to use his specified abilities to enhance the current squad, without confusing the ‘coach/manager’ role.