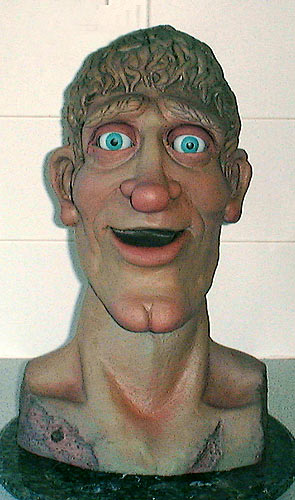 A quick glance at Tony Fernandes’s twitter bio sees the internationally renowned entrepreneur and Queens Park Rangers chairman describe himself as a dreamer.

Scroll a little further down and you will find him once again urging QPR supporters for patience; the message: “keep calm, we will come good.”

It will seem all too familiar to fans, who, with more than a quarter of the season played and still no wins, are left wondering when Fernandes will wake up and bring the nightmare reign of Mark Hughes to an end.

The problem with the influx of wealthy outsiders into the game’s highest positions is that they are not footballing men, they do not have the knowledge and understanding of the sport that past owners had, and rely heavily on advisers whose motives do not always match up with their own or those of the fans.

Despite spending the summer assembling a team of mercenaries akin to the latest Expendables blockbuster, Fernandes finds his team seven league positions worse off than at this stage last season, and must be scratching his head as to where he has gone wrong.

Fernandes is just the latest in a line of foreign owners to be disappointed by Hughes, and it is hard not to feel a tinge of sympathy towards him (as much sympathy as one can have for a multimillionaire).

Hughes spent an astonishing total of £272.75 million in just 18 months at Manchester City, failing to get anywhere near the best out of big name signings such as Adebayor (£25m), Tevez (£25.5m), Lescott (£22m), and Bellamy (£14m); and wasting big money on flops such as Robinho (32.5m), Jo (£18m), and Roque Santa Cruz (£17.5m). After a spell of just 2 wins in 11 league games he was replaced by Roberto Mancini who has since gone on to win the FA Cup and Premier League with many of the same players that Hughes had at his disposal.

It was therefore a surprise when Fulham owner Mohammed al Fayed gave him another chance to manage a Premier League club, but bizarrely after less than 11 months Hughes repaid him by resigning, stating: “as a young, ambitious manager I wish to move on to further my experiences.” Leaving a bemused al Fayed to describe Hughes as “a strange man”.

A year later Hughes was presiding over West London rivals QPR in a relegation dogfight, while Fulham finished in the top half of the table.

It wouldn’t be the last statement to come back to haunt Hughes.

After losing the last game of the season at Manchester City and avoiding relegation by just 1 point in May he uttered the now infamous lines, “We’ll never be in this situation again while I’m the manager”.

With an extrapolated points total of just 15 if the remaining 28 games follow the same pattern as the first 10, many QPR fans would now happily settle for a situation in which they achieve survival come next May.

Watching his post match interview after the Reading game this weekend, you would think the Welshmans side had just come off the pitch at Old Trafford; not at home against a newly promoted club who had not won a game all season and were recovering from a draining 120 minutes of midweek madness against Arsenal in which they managed to concede seven times.

“Teams aren’t going to allow us to play our expansive game and pass and move.” he says. Newsflash: no team, not even Reading, are going to turn up and allow you to pass the ball around them and make them look like chumps.

If you are unable to assert your style of play at home against one of the weakest sides in the league one wonders if this style of play is really the best way forward, or indeed if it exists at all outside the realms of Hughes’ imagination.

“The key is that first win, once we get that things will settle down and we can play our football.” This is another of his favourite lines lately which suggests there is a Pandora’s box just waiting to be opened at Loftus Road and upon the receival of three points we will all suddenly see a dazzling new QPR whizz up the table and take up their rightful place challenging for a Champions League spot with Barcelona style flair and possession.

For anybody still believing the fantasy that Hughes is a great footballing scholar in the mould of Guardiola or Del Bosque: his rough and ready Blackburn side finished rock bottom of the disciplinary table all 4 seasons he was in charge; last season his club captain was Joey Barton – he is by no means a purist. This is just the latest smoke screen to deter fans and Fernandes from unsatisfactory performances and results and to keep himself in the job a little longer; a job which will surely be his last in the Premier League.

There have been arrogant managers before him, great ones too, like Brian Clough and Jose Mourinho. They get away with it by coming across as charismatic, inspiring, likeable. There is nothing likeable about Hughes. He lacks charm and charisma, and has twice failed to get anywhere near the best out of two expensively assembled teams. His greatest achievement to date is leading Blackburn Rovers to the FA Cup semi finals, but listening to him in interviews you would think he had achieved as much as the greats mentioned above.

Fernandes certainly wants to believe the hype, confidently outlining plans last week for a new 45,000 capacity stadium stating “if we are playing good football and have a good stadium, people will come”.

Hughes, who turned 49 last week, surely won’t be at Loftus Road by the time he turns 50. The question is how many more dreamers like Fernandes will be conned by the dour Welshman and leave their club at the whim of his unique blend of arrogance, overspending and dangerous delusions of grandeur.

15 thoughts on “Mark Hughes: The most deluded man in football?”