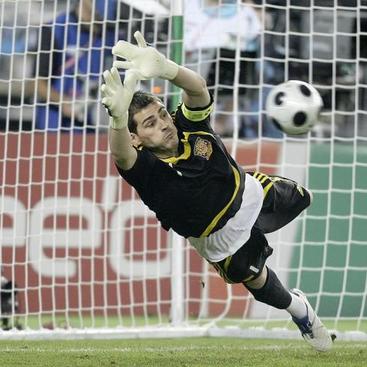 The legendary ‘keeper and the man who has captained Spain throughout it’s recent unprecedented success has been out of favour at the Bernabeu for the last season,

Arsenal and Manchester City contemplate going for Iker Casillas Real Madrid if the goal signaled his intention to leave the Bernabeu in the event of a continued their situation with Carlo Ancelotti as a substitute for Diego Lopez .

Arsenal could do with some extra competition, with only Wojciech Szczesny available to the first team, while Man City acquiring him would put the heat under Joe Hart, who had a calamity at the weekend.