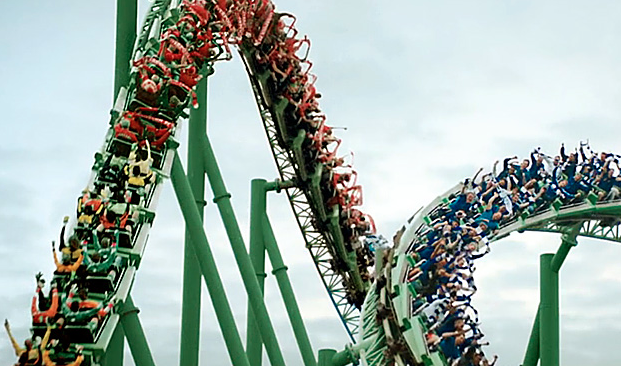 Opening lines are important. They don’t define what’s to come but a good one gives you a sharp tug on the collar and confidently says “c’mere a minute, you’ll like this”. The opening day of a new season is a bit similar.

You may well forget how the coming season began by the time it winds to an end next May but for the football obsessive the impact of opening day is immediate and profound. In fact perhaps the only significant thing that happens on opening day is not on the pitch but in the lives of fans like myself around the world. The punctuation, tempo and tone of my internal life is about to change irrevocably, and it all starts with an opening line.

The actual mechanics of opening day are fairly mundane. The debut goal, the shock result, the transfer you missed and new club badge kissed. Out on the pitch they’re just finding their feet but by half-time you’ve settled into your groove. For me that’s where the action is. A childhood’s worth of reflex clicking into place. Entire life schedules and family routines bending and warping around a sport played by people you don’t know. By the end of the day their season is still wide open. You’re locked in.

This season’s Premier League season kicks off early on Saturday with Manchester United entertaining Swansea. The early kick off remains an acquired taste, like Bovril or kissing a Goth. On opening day it seems especially illicit. Not least for fans of my generation as it clashes with another important opening day occasion; the first Football Focus of the year. To anyone under 30 the BBC’s midday football magazine show must have all the sexiness and appeal of touching Noel Edmond’s real hair. However I never really feel the weekend’s festivities have begun until Garth Crooks has interrogated a Stoke player with ever increasing inflection as they stroll beside a canal. It’s just my process.

All kinds of other little processes will kick in once the big kick off has been and gone. Incrementally the habits and carefully cultivated ticks of the obsessive return. Favourite podcasts reappear like partners in crime returning for one last score. Football Weekly, Second Captains Football, The Football Ramble and Hold the Back Page fill out the half beats between the actual games, sometimes with more entertainment value. Fantasy football lends depth and shape to some of the fixtures you might otherwise ignore. It’s a closed eco-system, a perfect storm and once it starts it will paint a pretty background to every drab week you might care to try to live through.

In terms of its impact on your life, the regular season is more flexible than a summer international tournament but all the more insidious for it. A World Cup is like a mate who bursts into your life every four years and takes you on the town for a month, ripping up all the usual rules only to depart as quickly as they came, leaving you with a hangover and some unexplained bruises. Disruptive sure, but you get your life back. The regular season is your dealer, constantly keeping you topped up, leaving you a high functioning addict, juggling your life around your next fix. In short; it doesn’t bite, it burrows in and comes with you.

And there’s so much of it! More than ever before new football content springs from every corner of the globe and morphs to suit every taste. As with crisp flavours, football coverage has mercilessly pursued every demographic. The rise of the football hipster mirrored pretty much exactly that of posh crisps. Both pull pretty much the same confidence trick; It couldn’t possibly be the same thing the great unwashed are munching on, it comes in such a tasteful package. Sorry to break it to you guys but it doesn’t really matter how original or fastidiously researched your costume is on Halloween, we’re all still playing dress-up.

The fixture list too has fantailed out to pretty much fill up the week. Early and evening kick offs. Monday and Friday nights successfully colonised. Midweek is a mixed dance card of Champions League pin-ups or club footed League Cup or Europa League games you can’t quite believe you washed your hair for. Football can become the heartbeat of your week if you have a mind to let it.

Punctuation is important. Without it we would struggle to understand each other. It’s a long time since I came to the realisation I punctuate my life with football. Just like with language, all the really good stuff – the actual living – happens in between. Life as a stream of consciousness is exhausting. Framing it with football has become as natural as taking a breath before my next sentence. My football routine is about to kick in again, with its familiar structure and cadence. Football is back. Full stop.