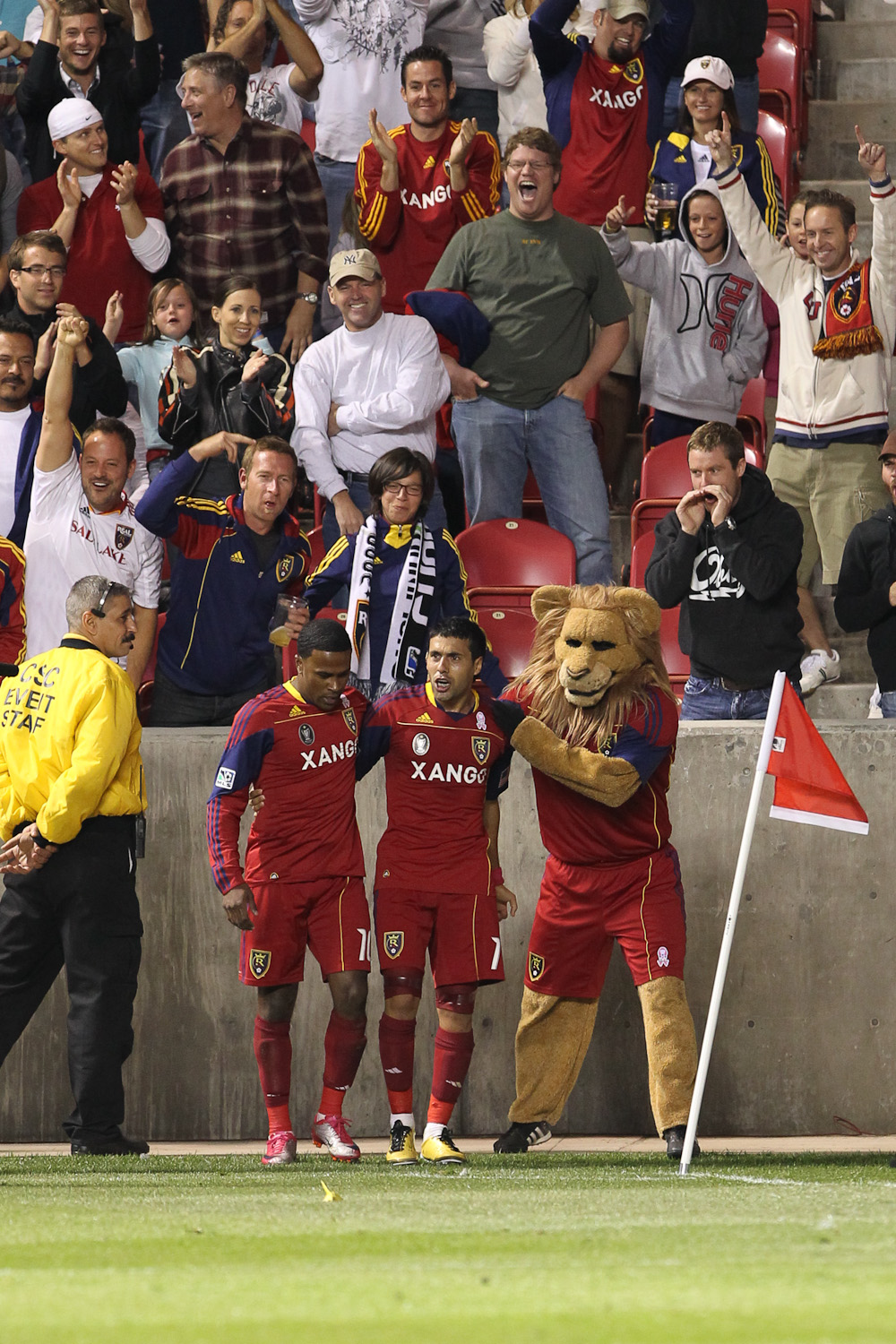 Friday night saw Seattle Sounders move up to fifth place in the league with an easy 2-1 win against Chivas USA at Qwest Field. Steve Zakuani and Osvaldo Alonso scored for the Sounders with Chivas’ only consolation coming from a Jesús Padilla goal in injury-time. Seattle are now tied on points with New York and a point clear of Columbus in the playoff standings. Chivas are in the cellar of the Western Conference and are the second worst club in the league.

A meaningless game between eliminated sides Chicago Fire and DC United ended in an unappealing nil-nil draw at Toyota Park on Saturday. A scoreless draw against the league’s worst side is a nightmare result for Chicago, though as previously mentioned, it’s clear that since their eliminating from playoff contention the Fire have simply given up.

Columbus Crew salvaged a point in the final Trillium Cup match of 2010 with a William Hesmer goal in injury-time for a 2-2 result at BMO Field. Chad Marshall had given the visitors an early lead but goals from Maicon Santos and Jacob Peterson had Toronto in the lead at half-time. Both clubs had players sent off in the second half before Hesmer, Columbus’ goalkeeper, got the late equalizer. The Crew are only in sixth place in the playoff standing despite being in second place in the inferior Eastern Conference. The Trillium Cup does remain in Columbus for the third consecutive year and Toronto also have to settle for missing out on the playoffs.

Fred and Michael Orozco gave Philadelphia Union a rousing 2-1 victory over Red Bull New York in their final home game of the 2010 season at PPL Park. Danleigh Borman pulled one back for the Red Bulls in the early moments of the second half, but the expansion Union held on for a win that pulls them up to thirteenth place in their first season. The loss by New York forces them below Dallas and into fourth place on the playoff table.

Houston Dynamo dealt San Jose Earthquakes a major blow with a 1-0 away win at Buck Shaw Stadium. Andrew Hainault got the winner in the 23rd minute for the visitors as Houston pushed San Jose down to eighth place. The Earthquakes are guaranteed to make the playoffs, but their hopes of slipping up into the top six are likely done for, though they do hold a game in hand over their immediate competition at the bottom of the playoff table. Houston get nothing for their win beside three meaningless points and a bit of pride.

FC Dallas finally had their eighteen-game unbeaten streak broken as Real Salt Lake calmly took down the league’s hottest team, 2-0 at the Rio Tinto Stadium. Ned Grabavoy and Javier Morales (pictured) scored second half goals for the home side, giving Dallas a loss for the first time since May. The three points for Salt Lake are also massively important, moving them back to within a single point of the league’s top record and the Supporter’s Shield. Dallas are still in third place, with New York losing.

Edson Buddle scored his league-leading sixteenth goal but Los Angeles Galaxy slipped to a 3-1 home loss to Colorado Rapids at the Home Depot Center. Colorado’s win gives the Rapids their playoff guarantee and places them in seventh place. Juninho’s own-goal got the visitors going less than ten minutes after Buddle’s opener. Conor Casey scored on 31 minutes and Omar Cummings scored yet again, this time in the 67th minute to wrap up the strong result for the visitors. The Galaxy are still ahead of Salt Lake but now just by one point with one game left. The Supporters’ Shield that seemed like a lock just a week ago is now completely open.

And Shalrie Joseph ended Kansas City’s slim hopes of reaching the playoffs, giving New England Revolution a 1-0 win at Gillette Stadium. The Wizards needed results on their own and Colorado losses and got neither in the penultimate round of MLS games. Instead it was the Revs who earned an unlikely result and edge toward a top-ten finish. Kansas City will only have their new stadium to look forward to throughout the rest of 2010.