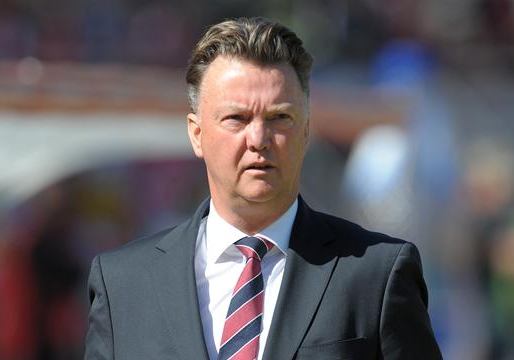 Louis van Gaal is only coaching Manchester United three days and he is already getting his excuses in should the Red Devils fail to win the Premier League next season. The new United boss Louis has publicly criticized his club’s tour plans of the USA, stating that the team’s commercial and corporate commitments were being put in front of the team.

Van Gaal, in his very first press conference as United manager, told the awaiting media he was not happy with his new club’s preparations, as per Sky Sports. In doing so, he openly blamed United’s commercial interests.

We have to prepare for the season and when you have a lot of commercial activities also for the players, and you have to travel distances.

You have to fly a lot, you have also jet lag, and that is not very positive for a good preparation.

In an ironic twist, in the same conversation, van Gaal then talked of how difficult it was to win the Premier League and how United’s main rivals all had so much money to spend.

It would seem it has not taken the Dutchman long to assess a Manchester United team that finished a lowly seventh in the Premier League last season. That dreadful finishing position meant the Red Devils have, embarrassingly, missed out on qualifying for the Champions League.

David Moyes paid for that failure with his job.

The ex-Everton boss was criticized by many Manchester United fans for only signing Marouane Fellaini during his first summer at the club. Moyes did, however, try to sign Cesc Fabregas, Ander Herrera and Luke Shaw. The latter pair signed for the Red Devils in the intervening period between Moyes’ sacking and van Gaal’s ultimate appointment.

Moyes had identified central midfield and left-back as two weak links in the United team, but could do little to repair these faults as negotiations to sign his targets proved long and difficult.

Despite ManUtd.com stating early preparations were going well during the pre-season tour, Ian Herbert, writing for the Independent, reports that van Gaal has started as he means to go on by berating players during an open training session.

Both new-signing Luke Shaw and veteran Darren Fletcher were berated in full public view by van Gaal during a simple shooting exercise.

On Friday van Gaal openly questioned the commercial philosophy of his new club when he said:

That is my biggest challenge. Maybe it will change after the US tour. I don’t know, but I don’t think so.

Now, just four days later he has issued what can only be seen as an ultimatum to his new club’s owners and has added pressure by stating an impact on the pitch will be felt. The Guardian have already reported that United’s pre-season tour next season will be much shorter than the potential 13,500 round trip this summer.

Woodward did also say, however:

The Premier League has been very clear in saying America is the number one developing market.

This is a very good country from a potential sponsorship perspective.

The executive vice-chairman even went as far as to say he would have no problem sanctioning a world-record bid for a player should van Gaal so wish. The Duchman has more pressing matters than a bid for the likes of Cristiano Ronaldo, Lionel Messi or Zlatan Ibrahimovic. Those players are the icing one adds to an already made cake.

The cake at Manchester United is far from done and pales in comparison to both Chelsea’s and Manchester City’s well-designed units.

Jose Mourinho has improved an already belligerent Chelsea team and has added a striker of real quality in Diego Costa, despite his poor World Cup showing. Manchester City, the defending champions, have further strengthened by adding Fernando from FC Porto and Bacary Sagna from Arsenal.

It could also be argued that the Gunners, having won the FA Cup last term, have also bypassed United, particularly with the exciting captures of Alexis Sanchez and Mathieu Debuchy.

That leaves United targeting the top-four and Liverpool’s spot in the Champions League while hoping the likes of Tottenham Hotspur do not click under their new manager Mauricio Pochettino.

Van Gaal is no fool and knows his Manchester United team will not win the Premier League next season. His team need at least four to five additions before they will be of a standard he is happy with. By bringing attention to the potential 13,500 miles his team will travel during pre-season this year, van Gaal is telling the club he wants more say in matters where the pitch is concerned. He is also getting his excuses for failure in early.

Last season, Manchester United travelled more than 23,000 miles during their pre-season tour of Thailand, Australia, Japan and Hong Kong. David Moyes said nothing and ultimately paid for the club’s poor preparation both on and off the pitch with his job.

Van Gaal will not make the same mistakes as his predecessor and is already placing the blame at someone else’s door.