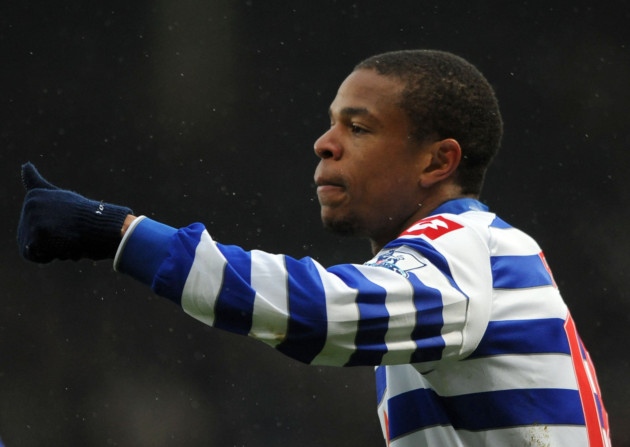 Various media outlets in England are reporting that QPR striker Loïc Rémy is on the verge of completing a move to Liverpool for a fee in the region of £8.5 million pounds. BBC Sport report that the French international has flew out to Boston early this morning to undergo a medical and join up with the Liverpool squad in their tour of the USA. Rémy will add to a significantly large list of names that Brendan Rodgers has signed in this window, which include Saints duo Adam Lallana and Rickie Lambert, Benfica winger Lazar Marković and Bayer Leverkusen midfielder Emre Can.

Since Luis Suárez’s inevitable departure to Spanish giants Barcelona, Brendan Rodgers has been given an almost impossible task to replace the Uruguayan adequately. A few names were instantly thrown around: Mario Mandžukić, Edinson Cavani, Radamel Falcao; the bracket which includes the elite centre-forwards in world football. However, when you reflect on the season that Suárez has just had – which saw him net 33 times in 35 appearances – the task of filling the void left by the 27-year-old may be harder than first thought. The Uruguay international has arguably bumped himself up into the top five players in the world category after his tremendous season in Red, thus leaving an obscure, and frankly unattainable, number of players worldwide that can replace him. For instance, does Brendan Rodgers want to go all out and throw £50 million at PSG for Edinson Cavani? The chances of Suárez’s fellow Uruguayan teammate replicating his season are very slim. Suárez is untouchable when it comes to strikers nowadays.

Instead, and according to the ever-growing transfer window rumour mill, it looks like Brendan Rodgers is going to spend Suárez’s substantially large transfer fee on improving his whole squad, rather than focusing solely on replacing one player. That said, strong rumours suggest that Brendan Rodgers has his eyes set on a striker who will be tasked with lifting the burden off one half of last seasons ‘SAS’, Daniel Sturridge.

Loïc Rémy is marmite, you either love him or you hate him. To put it simply, Rémy scores goals… but he doesn’t do much else.

The Frenchman has mainted an impressive goalscoring record throughout his career. His goals-to-game ratio, especially in his time in England, is something special – playing a total of 37 games and netting 20 times. What makes this even more impressive is the calibre of sides Rémy has featured in – a sinking QPR side who were basically picking the date to be relegated, and a Newcastle side coached by, well… Alan Pardew. Liverpool are the stark contrast of those two sides. They have a young, promising manager in Brendan Rodgers whose patience is a virtue in taking players who are low in confidence and building them up. Furthermore, the ideology of Brendan Rodgers seems to be well suited to attacking players, with his ‘attack is the best form of defence’ mindset which was heavily, and effectively, put to plan last season.

Another worthy trait possessed by the Frenchman is his versatility. Although his much preferred position lies as a #9, it isn’t blasphemy to say that Rémy can do a more than ‘decent’ job almost anywhere in the front-line. His season for Newcastle has consisted of playing on the left side of an attacking midfield trio, as a centre-forward, a pure #10, left in a attacking trio and, to many people’s surprise, left-midfield in a 4-1-4-1. Ironically, Rémy’s best performance of the season came playing left-midfield away to Cardiff City.

Another pull factor for Rémy is his ridiculously low release clause in his contract – rumoured to be around £8 million-£8.5 million. Intitally, Liverpool were rumoured to be looking elsewhere for strikers as they most certainly weren’t willing to pay the Frenchman his high wage demands, but it is rumoured (again rumoured) that he is willing to take a pay-cut to force his way into Anfield and play in a team that have secured Champions League football.

It’s unsure where Rémy will feature in Liverpool’s side for next-season. As previously mentioned, his versatility is most definitely an asset to any squad in the Premier League. There’s a whole plethora of positions Brendan Rodgers can deploy him in: he could play up-top with Daniel Sturridge – form a formidable partnership similar to ‘SAS’ last season – he could play on either side of an attacking midfield trio, he could be used as an impact sub. You get my point. Regardless of where Rémy plays, it’s important that contributes goal wise. Sturridge may be capable of scoring 25+ goals-per season, but with the lack of goalscorers in Liverpool’s midfield, Liverpool will struggle to challenge for the title once again without another 15-20 coming from another player on the pitch, Loïc Rémy is more than capable at producing that.

I wouldn’t be surprised if he eclipsed 20 goals next season.

One thought on “Could Loïc Rémy be the steal of the summer?”