I do not demand anything, I am not entitled, I do not hate other clubs, the FAI or barstoolers. I love sports and have grown up watching and playing all manner and code, from soccer to Gaelic football to boxing to rugby to boxing to tennis.

On returning to Moscow I’d sat down to write a nice article about how great the League of Ireland is and how the supporters are great, the players warriors, the managers under-appreciated and the Irish public unaware of the gem they should value. I was putting this thesis forward having been dragged back into sports for almost a month, with soccer, Gaelic football, hurling and tennis all hopping off me. 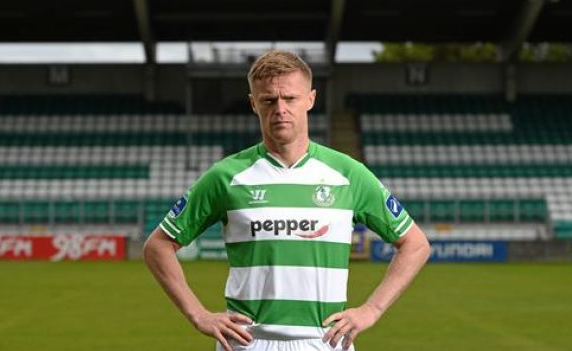 Last weekend I’d the chance to compare the Stadium of Light by the Camac and the efforts of St. Patrick’s Athletic against Bray Wanderers, with a disappointing evening in the Amsterdam Arena watching a so-so Ajax dismantle Willem II. I was all set to deliver an epic ode to how great Irish sport is ahead of a radio appearance tonight (Tuesday).

Better still, before writing the article I was able to watch the Shamrock Rovers and Cork City battle from Tallaght in the company of George, Brian, Peter and Damien. Being back in Moscow was going to be worth it after all. Then, in the space of ten hours, the idea lost its sheen.

Rovers showed the force Pat Fenlon is building at the foot of the Dublin Mountains by effectively ending Cork City’s title challenge. The blip against Limerick now looks more like the turning point in the Leesiders season, though all credit to both Rovers and Limerick for their wins. Despite the passion, energy and lack of skill on display, two identical incidents ruined the game.

The usual chanting in imitation of the Sky powered leagues across the water are the norm, the aping of our “betters” across the water was with us even before English football’s soul was sold for Murdoch’s gold. And all credit to the supporters for their energy and actually following the game. I love our sports fans of all shades, with few exceptions they almost always reflect well on our society.

It is an enduring strength of Irish (and British) crowds that we actually follow the action and make it a spectacle, not the pre-planned “look at me” dross that passes for superfandom on the Continent. Big showy displays before the mutual appreciation round of applause.

It was the chanting of “Stephen Beattie is a w…..r” by a section of the Shamrock Rovers fans that came across badly on television. And worse, the second helping was accompanied by silence in the commentary box. It felt really wrong and out of place. I understand crowd reaction and over-reaction, though this type of abuse is taken as acceptable. Yet we wonder why our League is marginalised and the barstooler sneers at us. Thanks to technology (largely) we don’t hear the horrendous abuse from the Premier League that clearly on TV, so it registered as a strike against our game.

Now when an African player in the Russian league is called “a bitch”, his finger to the fans is called a response to racism. And I have heard far, far worse in Germany, Croatia and England – both racist and “acceptable”. There is scandal and opprobrium galore, though abuse is abuse.

I don’t know what Stephen Beattie does in the privacy of his room and laptop, he may well be what the Rovers “support” accused him of being, though as a way to promote our league, it was not pretty viewing or listening.

And worst of all, it took away from the enjoyment of seeing the legend that is Damien Duff make his league debut. It won’t stop as tribalism is what we all want to return to, being part of a big mass of heaving bodies, set for battle with our banners flying high. We’ve only just set a toe outside the cave in 2015, we can’t be expected to be really aware or civilized just yet.

And this morning I arrive in the office early, check mails, send a report to a colleague then quickly check RTE’s website. The “Towell Incident” was covered on Soccer Republic on Monday night when I was switched off the internet already. So I clicked and watched, and felt a wave of disappointment crush my bright start to the day.

One of the finest players in the league petulantly and nastily kicked back at a prone player, catching him on the head. It would merit a citing incident in rugby, something in GAA and if it were in England or Spain we’d be watching it all day on Sky News.

Richie is a young player who has no need to act in a dangerous manner and it took away from the fine set of results for Dundalk. Even Mickey Duffy playing “We are the champions” as the closing hymn doesn’t make up for it.

The fan chants will never change, point in fact that they’ve only gotten worse in England and while the PC brigade will jump on the homophobic or racist excesses, pack behaviour means such pathetic stupidity will remain a place in soccer, and other mass sports.

However the issue of Richie Towell’s kick out at a St. Pats Jamie McGrath can be a watermark for the player, club, league and sport in Ireland. Tyrone’s almost nazi-like excuses, denials of wrong doing or accepting blame sickened even the most hardened GAA supporter. Being at the match and listening to their followers was a lesson in how deluded humans can actually be. Seeing naked thuggery and cheating as acceptable really should remain the gift of All Blacks rugby sides, not a County team.

The GAA’s retroactive ban would hope to lay down a marker, but it will be overturned and need a rule change. However Dundalk FC can set a precedent.

Richie can make a statement, regretting and apologising. The club can admit their disappointment and refusal to accept any further dangerous or unsporting play, and an internal token one match ban can be imposed on the player. The player, a local idol, will be redeemed.

The club will stand proud and further ahead of the pack. And the League of Ireland (via the FAI) can broadcast this around the world as the right way to go. I am certain that some behind the scenes handshakes can make it happen “for the good of the game” and that soccer can truly be a leading sport in Ireland.

Though I fear that nothing concrete or progressive will take place and that a golden opportunity for Ireland’s leading club of 2015 will disappear. And with it another reason why the League of Ireland is more special and needed than the public realise.