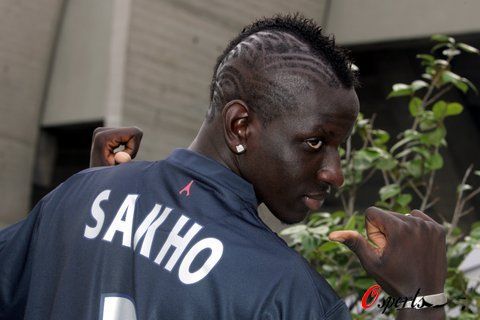 It’s been a story of failed bids and unaccepted personal terms with English clubs in this summer’s transfer window. Except for two London clubs, Chelsea and Tottenham, and the perennial star-power magnets, Manchester City, no English club, including and especially Manchester United, Arsenal and Liverpool, has been able to attract the quality of players that was once the USP of these teams and the world’s most popular sports league.

The North-West rivals, Liverpool and United, no longer possess the clout which once made them European powerhouses and every footballer’s dream destination. Liverpool’s repeated failures to qualify for the Champions League has had a pernicious effect on their ability to attract some of the top talents in world football.

Under current boss Brendan Rodgers and his predecessor Kenny Dalglish, they did manage to acquire the services of class acts such as Luis Suarez and Philippe Coutinho, but apart from the duo Liverpool primarily have had to make do with drab domestic deals of Andy Carroll, Stewart Downing, Jordan Henderson and Joe Allen to name a few.

This summer has been no different. Rodgers’ desperate attempts to land European hotshots have been thwarted by the club’s absence from European competitions. Domestic and foreign clubs, slated to participate in the Champions League and the Europa League, have invariably beaten the Merseysiders to several signatures throughout the transfer window.

Hungarian winger Balasz Dzsudzsák recently revealed an unsuccessful approach by Liverpool in January. Their first summer pursuit, Henrikh Mkhitaryan moved to the finer pastures of North Rhine (Dortmund) while Diego Costa, who was persistently courted by the Reds in the last few weeks, decided against the move and signed a new deal with Atletico Madrid. New Chelsea signing Willian too was a priority target for Rodgers’ side. The latest news of the talented Danish midfielder Christian Eriksen moving to Spurs would have dealt a severe blow to Liverpool’s transfer plans.

Atletico Madrid have all but snatched Belgian defender Toby Alderweireld from Liverpool’s clutches. That leaves Brendan Rodgers with a lot to contemplate over his transfer policy for the summer.  His fall-out with Liverpool loyalist Pepe Reina, the decision to splash £9m on Simon Mignolet, and Reina’s loan move to Napoli left a significant chunk of the Kop nonplussed.

So what really went wrong with Brendan Rodgers, the Fenway Sports Group, and their summer transfer policy. Did Liverpool become a victim of it’s own ambitions?  The club and it’s humongous support-base is no stranger to the fact that Liverpool’s reputation and stature has taken a consistent beating over the years due the club’s abysmal success rate and lack of trophies. The ignominy has been compounded by their poor domestic performances which have failed to guarantee the Reds a place in European competitions. If Europa League was any sort of a healing balm, Anfield has altogether missed the European bus this season.

Liverpool’s pursuit of players who had other suitors possessing better competitive and financial appeal seems to be the core reason for the Reds’ misadventures in the transfer market. Take the example of Henrikh Mkhitaryan. The Armenian midfielder was also a target for Champions League runners-up Borussia Dortmund. The German side is one of the elitist clubs in Europe, have a fervent fan-base and are managed by the ingenious Jurgen Klopp. Liverpool on the other hand, have significantly less financial muscle, can speak of very few world-class players, and are still finding their feet performance-wise.  Not to offend any Liverpool fan, but that is a David vs Goliath situation.

Rodgers should have played his cards close to this chest, deliberated with this scouting team over his club’s chances to sign players in their shopping list. That would have ensured that instead of getting stuck on fruitless deals, the club would have made some marquee signings which might have helped them in their quest for an elusive spot in the Champions League.

Recent media reports have linked Paris Saint Germain’s prodigious centre-back Mamadou Sakho with a move to Anfield. The French international, only 23-years old, has been one of the most talked-about young talents in Europe. Sakho is a brilliant defender, physically robust, technically proficient and has shown immense leadership qualities at such a young age.

A long-term injury to Sebastian Coates and the retirement of Jamie Carragher has left Liverpool short of options for the back-four. The capture of Kolo Toure from Manchester City has shored up the defence, but the Ivorian still remains a stop-gap solution.

If Liverpool do manage to secure the services of the Frenchmen, Premier League fans would have the privilege of watching another world-class central defence pairing in Agger and Sakho. More importantly, the deal would signal Liverpool’s intention to reignite their European ambitions and reinvigorate their reputation as one of the biggest football clubs in the world. But the question remains, can Liverpool conclude the deal before the transfer window downs its shutters?

5 thoughts on “Liverpool’s unfortunate tryst with the transfer market”